All the other residents of the building have been rescued and the fire is, at present, under control, State Fire Services Minister Sujit Bose said. 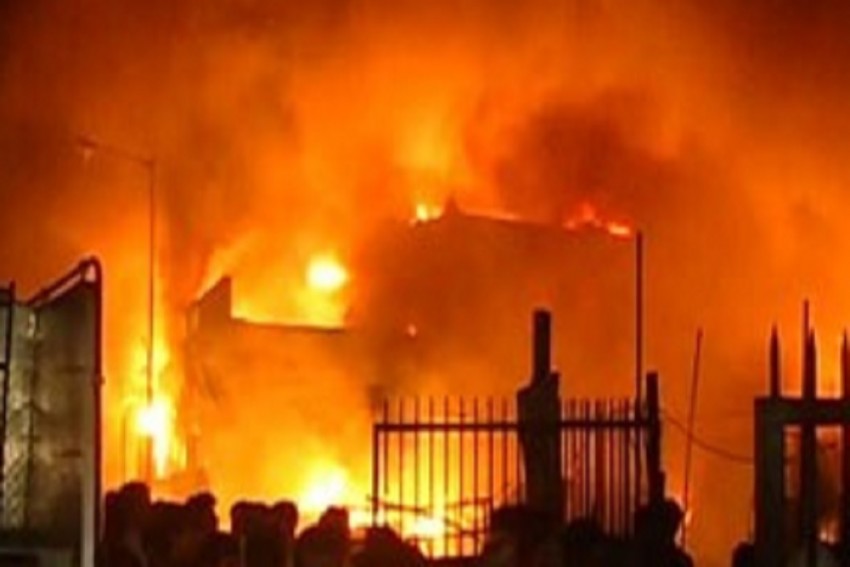 Two persons, including a 12-year-old boy, were killed in a fire that broke out in a five-storeyed residential building at Ganesh Chandra Avenue here on Friday night, officials said.

All the other residents of the building have been rescued and the fire is, at present, under control, State Fire Services Minister Sujit Bose said.

The 12-year-old boy and an old lady died in the incident, according to officials.

"The boy had jumped off the third floor of the building out of panic. He was shifted to a hospital where he died a few minutes back. The body of the old woman was recovered from a bathroom of the building. Two other residents have also suffered injuries. They have been admitted to a hospital," a senior police official said.

The fire broke out in the first floor of the building and spread to the upper floors, a Fire Brigade official said.

"All the residents have been rescued. The fire is also under control. Presently cooling off is being done," Bose told reporters.

At least 25 fire tenders and a hydraulic ladder were deployed to rescue those trapped inside the building and to douse the blaze, the officials said.

The incident took place in the northern part of the city.

NEET Toppers: History Is Made As Two Students Score 100 Per Cent