The mass exit of Kashmiris, who have been inactive due to Internet outage, from WhatsApp groups took everyone by surprise.

On Wednesday night,  a large number of Kashmiris started to disappear from WhatsApp groups, even without their knowledge. The sudden mass exit took other group members by surprise.

A senior Jammu and Kashmir Police officer said that in their official WhatsApp groups, the sudden exit of several officers led to confusion and speculations. The officer said he presumed that the Internet had been restored in the valley and people did not want to be part of any WhatsApp group.

The Internet has been snapped in Kashmir since August 4, with only a handful officials and journalists having access to it. As a result, most of the people have not been able to use WhatsApp for over four months. Their sudden exit from WhatsApp groups was the result of the messaging app's policy on inactive accounts. 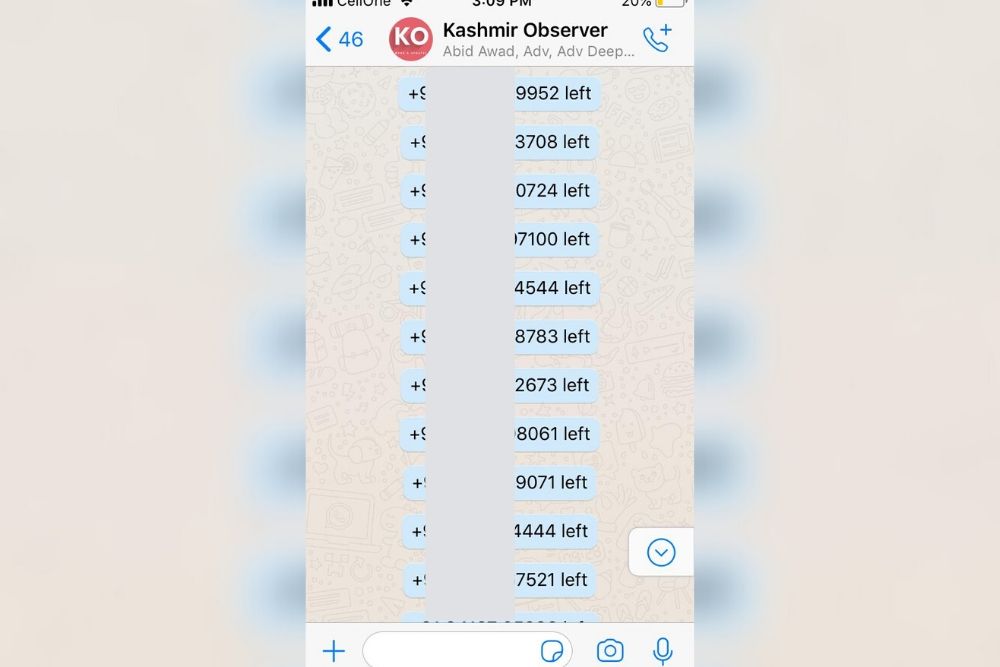 According to Facebook, the parent company of the messaging app, WhatsApp accounts generally expire after 120 days of inactivity to "maintain security and limit data retention".

Unfamiliar with this policy, when people started to disappear from WhatsApp groups, the selected Internet users were confused and started inquiring. 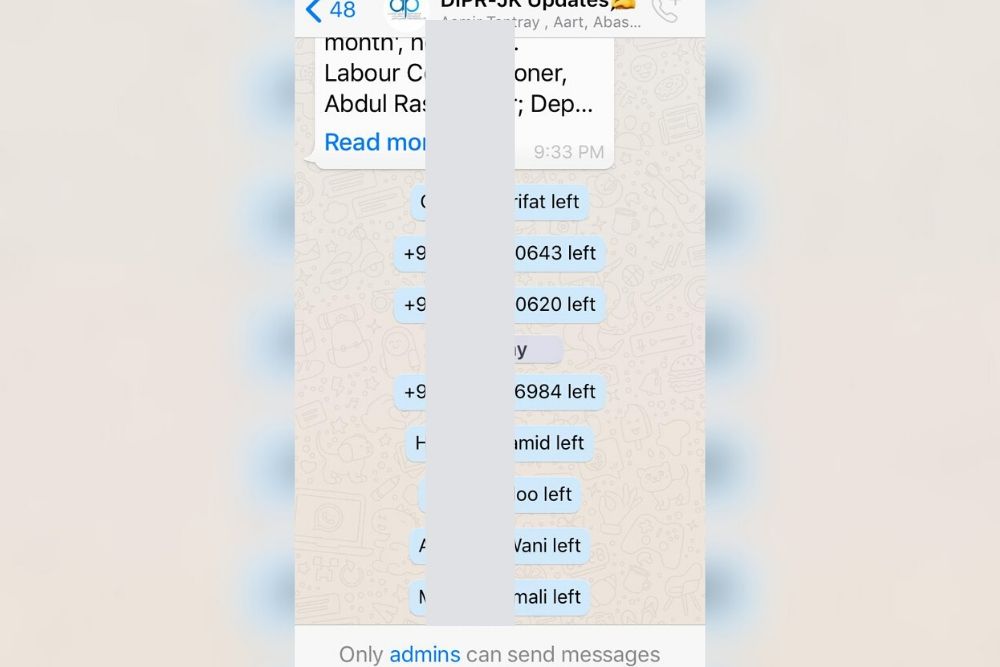 “I saw one of the officers had exited a group and I asked him the reason. He laughed and said he had not accessed WhatsApp for the past four months due to internet blockade,” a police officer said.

Though the administration has allowed Internet access to few offices in the Valley, it comes with certain riders: users are not allowed to use the WiFi or access any other website other than the government website.

Lt. Governor of Jammu and Kashmir, Girish Chandra Murmu, on Wednesday said the government will restore the Internet in a phased manner once situation turns "more normal".