Home  »  Website  »  National  »  Kashmiri Leaders Will Be Released One By One After Analysis: J&K Guv's Advisor

Kashmiri Leaders Will Be Released One By One After Analysis: J&K Guv's Advisor

Farooq Khan, advisor to Jammu and Kashmir Governor Satyapal Malik said: 'Yes, one by one after analysis of every individual, they (leaders) will be released.' 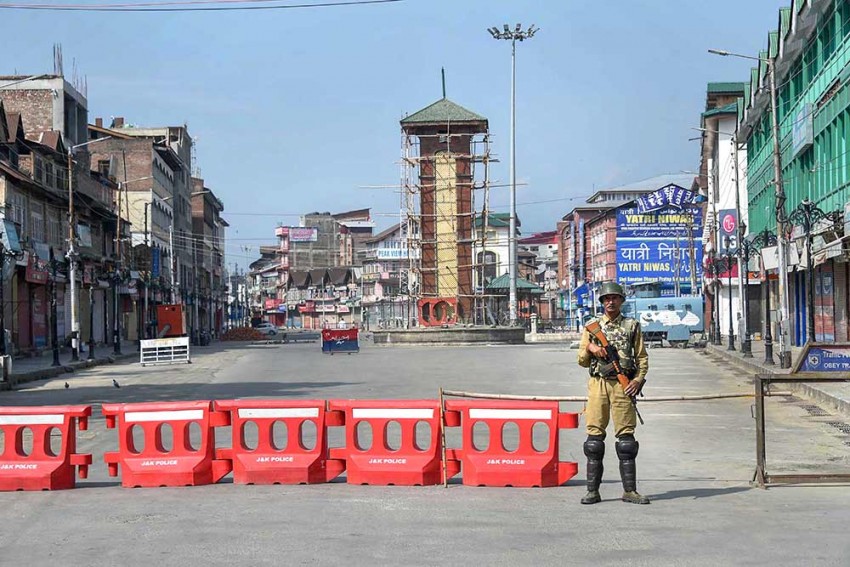 In this file photo, security personnel stands guard during restrictions, in Srinagar. (PTI)
Outlook Web Bureau October 03, 2019 00:00 IST Kashmiri Leaders Will Be Released One By One After Analysis: J&K Guv's Advisor 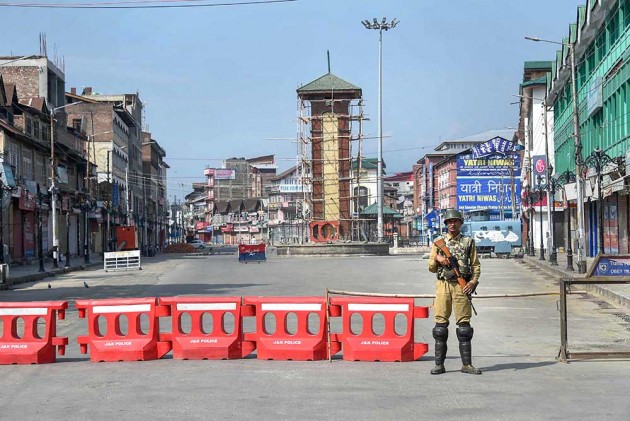 The Jammu and Kashmir administration on Thursday said political leaders, who are currently under preventive detention in Kashmir, will be released one by one, news agency ANI reported.

Farooq Khan, the advisor to Jammu and Kashmir Governor Satyapal Malik, said: "Yes, one by one after analysis of every individual, they (leaders) will be released."

Leaders, including former chief ministers Mehbooba Mufti and Omar Abdullah, and others from across the regional parties were detained a day before the Centre abrogated Article 370, which gave special status to Jammu and Kashmir.

When asked about the increased activity of police and security personnel in the erstwhile state, Khan assured there was no terrorist threat and the arrangement was more of a preventive measure.

"The administration has taken preventive measures by increasing its activity in the region. All forces including police, Army, BSF are on alert and will continue to give fitting reply to the terrorists," ANI quoted him as saying

On the incessant ceasefire violations by Pakistan, Khan said, "Pakistan has been taught a lesson before, and if the need arises, another lesson will be taught again."

On Tuesday, the Supreme Court fixed November 14 to commence hearing on a batch of petitions challenging the constitutional validity of the Centre's decision to abrogate Article 370 that gave special status to Jammu and Kashmir.

A five-judge Constitution bench headed by Justice N V Ramana allowed the Centre and the Jammu and Kashmir administration to file counter-affidavits on petitions challenging scrapping of Article 370.

The top court refused the plea of petitioners that not more than two weeks be given to the Centre and J&K administration for filing counter-affidavits.

The apex court also put an embargo on the filing of any fresh writ petition challenging constitutional validity on abrogation of Article 370.