Unlike other BJP leaders who have hailed the controversial agriculture legislations as a 'watershed moment,’ Jyotiraditya Scindia is yet to join the saffron chorus. 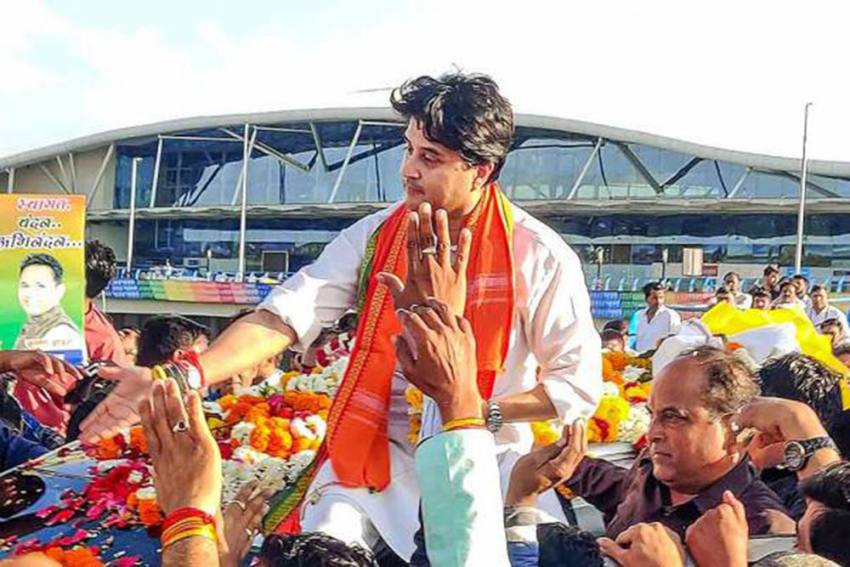 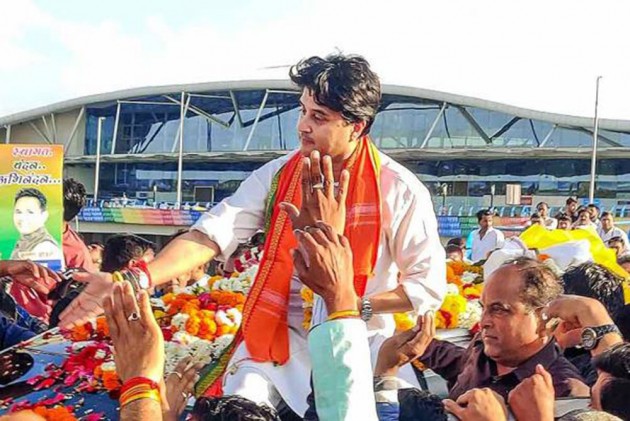 Jyotiraditya Scindia, the former Congress leader who joined the BJP in March and was instantly sent by his new party to the Rajya Sabha, has been uncharacteristically quiet on the recently passed controversial agriculture legislations. While colleagues in his new party have been singing paeans over the Acts, described as a “watershed moment in the history of Indian agriculture” by the Prime Minister, Scindia is yet to join the saffron chorus.

The silence of the erstwhile Gwalior royal, with a reputation for animated oratory, seems a bit odd. When Scindia quit the Congress in March and orchestrated the fall of the party’s government in Madhya Pradesh, he had justified his decision by claiming that the then Kamal Nath regime had failed to deliver on its poll promise of a loan waiver for the state’s farmers. In the months preceding his joining the BJP, Scindia had often embarrassed Nath by publicly calling the state government’s claims on a farm loan waiver a sham and threatened to take to the streets if the debts of farmers, particularly in his political fief of the Gwalior-Chambal belt, were not waived off immediately.

Considering that the BJP has now decided to brazen out the political storm kicked up by the passage of the three agriculture legislations by Parliament and showcase them as much needed reforms that would benefit farmers, it would have been expected of Scindia to parrot the same. The Rajya Sabha MP, however, has refrained from doing so.

Instead, in a move that must have come as an embarrassment to Scindia, the Shivraj Singh Chouhan-led MP government conceded, on Tuesday, that farm loans worth over Rs. 11,600 Crores due against a staggering 26.95 lakh farmers of the state had been waived off during the 15 months that the Congress was in power. The information was part of a written reply given to the MP Assembly by the state’s agriculture minister, Kamal Patel, to questions on farm loan waivers that had been asked by Congress MLAs Jaivardhan Singh and Bala Bachchan. Patel said the loan waiver was given in two instalments with 20.23 lakh farmers benefitting in the first round and another 6.2 lakh farmers in the second. The minister added that 5.91 lakh farmers with outstanding loans of a total of Rs. 7492 Crore were yet to receive the waiver.

Soon after the BJP returned to power in the state, several of its leaders – including Scindia, Patel and Chief Minister Chouhan – had reiterated that the loan waiver announced by the Nath government had remained on paper and did not benefit any farmer of the state. However, the official confirmation by Patel of the waiver having helped nearly 27 lakh debt-ridden farmers of the state under Congress rule puts the BJP and Scindia in a spot. That Patel’s admission coincides with the Congress and other Opposition parties joining cause with an enraged farming community incensed at the new agriculture legislations makes the political quagmire even more murky for the BJP.

For Scindia, this still developing political challenge comes as a double whammy of sorts. He is now a Rajya Sabha member of the party that has apparently angered farmers through legislations that, as per the Opposition, will end the MSP and APMC regime. Scindia is also being portrayed regularly by the Congress in MP as the man who betrayed Nath and thereby derailed the Grand Old Party’s loan waiver scheme ahead of the implementation of its third phase.

With 27 assembly seats of the state now due for by-elections, 25 of them due to defections by Congress MLAs to the BJP over the past six months, Nath and his party colleagues have predictably launched a scathing attack on Scindia and Chouhan on the farmers’ issue. “The lies have been exposed by the state government’s reply in the state Assembly in which it has accepted that the farm loans worth Rs. 11,600 Crore of 26.95 lakh farmers across 51 districts were waived in two phases during our government…Chouhan, Scindia and the BJP must now apologise to the annadatas of MP for misleading them,” Nath told Outlook. He added that the Congress “will ask the farmers of the state during the by-polls whether they want to see a government that wanted to stop him from giving loan waivers… the people will teach the BJP a lesson in these elections.”

Of the 27 seats up for by-polls, as many as 16 seats fall under the Gwalior-Chambal belt. A majority of them have agriculture as the mainstay of all economic activity. Gwalior-Chambal, along with the adjoining Bundelkhand or other regions like Malwa-Nimad where the remaining by-election constituencies lie, has been known for farmer distress. Both Gwalior and Bundelkhand regions are also prone to recurring spells of drought. Understandably farmer welfare measures are perennially an emotive election issue in these areas of MP. The Neemuch and Mandsaur districts where a by-poll is due because of the defection of Hardeep Dang – now a minister in the Chouhan cabinet and probable BJP candidate from Suwasra seat – had been the epicenter of violent farmer protests during Chouhan’s third term as CM. Bulk of the by-poll-bound constituencies either fall in close proximity or within the districts of Neemuch, Guna, Gwalior and Dewas; all of which have some of the largest krishi upaj mandis (APMCs) of the state, which now stare at an uncertain future because of the agriculture legislations.

As farmers in the state, and elsewhere in the country, protest against the central agriculture legislations, Chouhan had sought to offset the political damage from the crisis by promising a new scheme – the Mukhyamantri Kisan Kalyan Yojana – under which farmers will get two instalments of Rs. 2,000 each annually. The chief minister, whose survival in office depends on the outcome of the by-poll due next month, had claimed that the scheme would benefit some 77 lakh farmers in the state at a total cost of Rs. 3000 Crore to the exchequer.

However, with his government now admitting that the previous regime had indeed helped the state’s farming community by waiving off over Rs. 11000 Crore in loans and the Modi government’s agriculture legislations creating unrest among the farmers, Chouhan may have to re-calculate the potential benefits he thought the Kisan Kalyan Yojana would accrue to the BJP in the bypolls. Since a majority of the by-poll-bound seats in the state fall under Scindia’s so-called bastion, the erstwhile Gwalior royal too will have to find a new excuse to justify his divorce from the Congress when he seeks votes for his new party.

No Coercive Action Against Facebook VP Till Oct 15 Over Assembly Panel Summons: SC