Opinion | Why JNU Thrives Despite The Plot To Pull It Down

Juggling between the tags of #Anti-National to #FreeLoaders, JNU has always stood strong to defend its idea of democratic India. It is the idea of a country where the money of taxpayers is spent on education and healthcare for people. 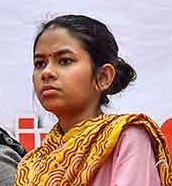 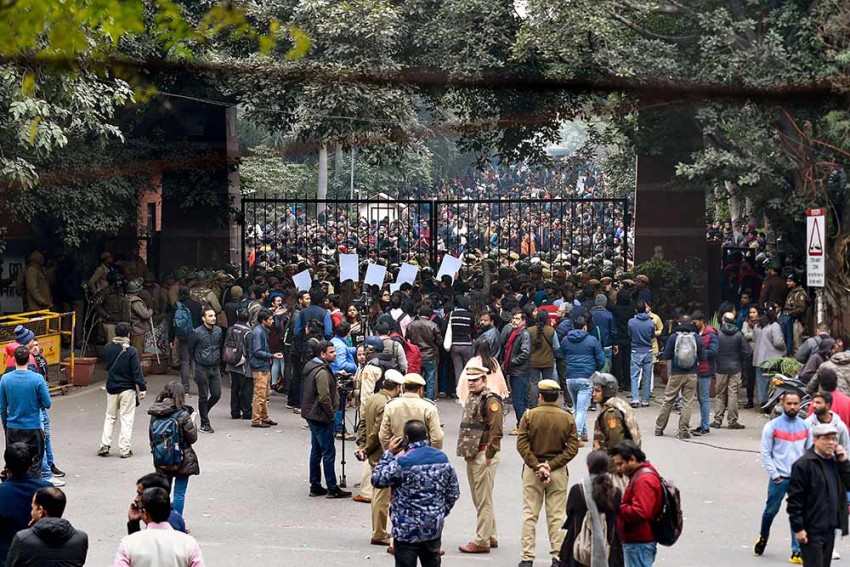 Students stage a protest at main gate of JNU over January 5 violence, in New Delhi. A group of masked men and women armed with sticks, rods and acid allegedly unleashed violence on the campus of the University in New Delhi, Sunday evening.
PTI Photo
Aishe Ghosh June 14, 2020 00:00 IST Opinion | Why JNU Thrives Despite The Plot To Pull It Down 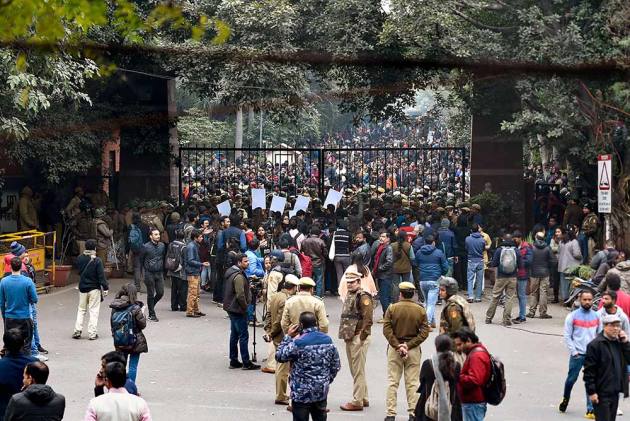 The National Institute Ranking Framework, 2020 ranked Delhi's Jawaharlal Nehru University (JNU) as the second-best among the 'Universities' category within the country for its contribution to the field of research and teaching. Located within 10 km of the Ministry of Home Affairs, JNU, which has always been in the news debate for every odd reason, has made it again to the list for the fourth time. Now, why the Home Affairs is incompetent to catch hold of the anti-nationals to date despite JNU being situated in the national capital, is something we will discuss some other day. For now, we will delve into the question of why such a university, which always have been the favourite topic for the nation in many infamous ways, finds its way into the MHRD academic rankings.

Here, I would like to share a personal story. When I came to JNU, my idea about Indian campuses was limited, the idea of education was limited to bookish understanding. But my teachers and most important my comrades and classmates made me realize that education is a way of acquiring the source of knowledge and in JNU, there is no limit to learning. I was quite surprised, still figuring out the meaning between the lines, and later, finding myself hopping from a lecture of Prabhat Patnaik, who then taught Economics to Ira Bhaskar, who is a Professor at the School of Arts and Aesthetics. Evenings and post-dinner time were mostly spent by again rushing to listen to Gauhar Raza in one hostel dining mess to relishing a documentary screening at another. In my short span of life, that’s the first time I could find the joy of learning. For many of us, JNU has not been just a university, it is an idea. An idea that has changed several lives and has been a beacon of hope for this country’s youth who want to pursue higher education.

As the popular proverb goes, ’Rome was not built in a day’. Similarly, the JNU that everyone witnesses today, was formed through years of debate, dissent, and churning of ideas through the contribution of the student community. Established in 1969, through an Act of Parliament, JNU was built as a centre for higher education learning and research. Starting from the early years, from the formation of the students’ union, which had a unique autonomy, to penning down the constitution, the students of JNU practically weaved a functional and participatory democracy. Later, a debate unfolded on the question of how the University could support its students coming from the marginalized sections. It thus paved a new framework of ‘deprivation points’ and ensuring a unique admission policy. As situations unfolded, the students’ union also brought in a concept called the ‘Student-Faculty Committee’ in order to ensure student participation in formulating academic programmes of the University.

In the late 1990s, JNU saw a movement just after the Vishakha Judgement, to frame the Gender Sensitisation Committee Against Sexual Harassment (GSCASH) when Vijoo Krishnan was the JNUSU President (presently the Joint Secretary of AIKS. Whether, it’s the summer of 1974, when JNU students decided to march outside campus to support an All India General Strike, the period of emergency when there was a crackdown in the campus and several students were sent behind the bars, the year of 1991 fighting for the OBC reservations to the brutal attack by goons inside the campus in January this year, the students have bravely faced each and every situation and also contributed, thus, creating a benchmark in the students’ movement in this country.

The past four years, JNU has seen a concerted effort by the right-wing Hindutva groups along with BJP-RSS in a concentrated campaign to malign the university which has stood apart in this country for its contribution in the fields of research and teaching. The appointment of the RSS-affiliated Vice-Chancellor to the newly appointed faculties who are associated with the present ruling government, the efforts to whitewash the historic struggle of the student community is continuing at a fast pace.

Jawaharlal Nehru University is nothing but a microcosm of this country. It reflects the society at large through the problems, the issues, and the ways students find a solution to those. It is an experimenting lab, where we create our understanding of how, at an individual level or as a community, we as part of the society could find a framework of solution. From a targeted campaign of #ShutDownJNU in 2016, following the forced disappearance of Najeeb Ahmed, a student who was beaten up by the ABVP after the scuttling of reservation, to doing away with the unique admission policy, dismantling the GSCASH, supporting sexual offenders and the process of dismantling the students’ union, the Vice-Chancellor and his team have left no stone unturned to change the very concept of JNU. It has been a very sad state of affairs to see our home built brick by brick with diverse ideas now being purposefully homogenised. Because destroying JNU isn’t destroying any ‘den for terrorists’ as certain right-wing Hindutva groups claim, but is breaking the backbone of the very democracy and shattering the dreams of lakhs of students who aspire to reach here.

In October last year, JNU was shown as the hotbed of all turmoil—a university wasting taxpayers’ money while the students protested for their right to demand accessible and affordable education. Inspired from the Kisan Long Marches, at least three long marches were led by the JNU Students’ Union along with the student community. They were brutally attacked by the police and subjected to fake media trials for several numbers of times. However, they couldn’t put down the spirit of the students and the answer was #NotAnInchBack. What we knew as a community is that universities aren’t private properties; it is for the public and thus, safeguarding it for the future generations is important. It is imperative so that no one in this country is left behind from achieving education. A movement led by students for more than 80 days ended as the JNU administration had to step back and accept the demands of students with the intervention of the Hon’ble Delhi High Court. The University has always taught us to be humans first, as inscribed in the statue of Jawaharlal Nehru which stands in front of the Administration Block, “that a University stands for humanism”. To understand a problem at the individual level as an issue for the whole community, then try to solve it, and critically think about it – makes JNU stand apart.

The last few months have been difficult, as we see recently three JNU students been arrested and charged under the stringent Unlawful Activities Prevention Act (UAPA). We have been in the news all over. Juggling between the tags of #Anti-National to #FreeLoaders, JNU has always stood strong to defend its idea of democratic India. It is the idea of a country where the money of taxpayers is spent on education and healthcare for people so that they contribute to the society, where women and marginalized communities are empowered as SavitriBai Phule and Baba Saheb Ambedkar would have always envisioned and to never bow down in front of your oppressors whether within the campus or in the society, as Bhagat Singh taught. And that is why till today we carry Comrade Chandrasekhar (former JNUSU President), who was shot in Bihar, in our hearts with pride more than we mourn his death.

JNU has trained students to study the society and pen it down through their research and that is exactly why the contribution of the academic work of JNU students has excelled in several fields. The learning of a particular theme has never been on a particular subjective idea but a more rational, empirical and scientific understanding of the society. Whether, we are on streets to fight for student issue or giving solidarity to others, our learning is on; we learn from every nook and corner of our society, and we replenish them in our academics; we experiment with what we read and refute taught ideas and create new ones--that’s what even Karl Popper said. There is a long way to go, and as Rabindranath Tagore wrote, “where the mind is without fear, and the head is held high, where knowledge is free, into the heaven of freedom, my father, let my country awake.” Universities are the spaces which will mould the future generation and thus, safeguarding them is important as the brutal assault on freedom of thought, critical thinking, and dissent will eventually lead to a psychology of fear, which is definitely not good for the future of country.

(Aishe Ghosh is the president of the Jawaharlal Nehru University Students' Union. Views expressed are personal)