When asked about speculations of bifurcation of Jammu and Kashmir, NC chief Farooq Abdullah said, ‘We are hearing rumours just like you. But we don’t know anything.’ 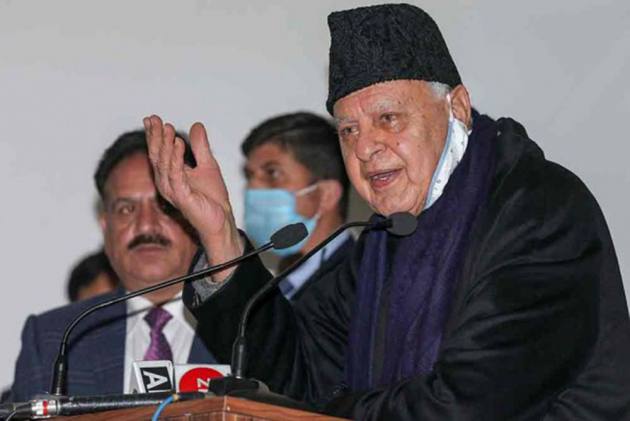 The signatories of the People’s Alliance for Gupkar Declaration (PAGD) convened a meeting at PDP chief Mehbooba Mufti’s residence in Srinagar on Wednesday and announced that the have not closed the doors for negotiation.

While addressing reporters after the meet, PAGD chairman Farooq Abdullah said that the alliance will fight for the restoration of Article 370 through democratic means adding that when invited for dialogue, the alliance leaders will take an appropriate call.

Meanwhile, stating that an impression has been formed that the alliance is not open for negotiations, CPI (M) leader Mohammad Yousuf Taragami told Outlook that it is not true and the signatories are keen on dispelling that myth.

When asked about speculations of bifurcation of Jammu and Kashmir, Abdullah said, “We are hearing rumours just like you. But we don’t know anything. Whatever the Centre wants to do, it will do.”

He also hit out at the Jammu and Kashmir administration over alleged arrests of children.

When asked if the Centre bifurcates the region further if he will resign, Abdullah said, “I will not resign. One needs to stay near the fire to douse the flames. I will continue as an MP to fight for J&K’s rights as long as I live.”

The Gupkar declaration is a resolution passed by the National Conference, People’s Democratic Party, Congress, People’s Conference, and a few smaller parties such as Awami Ittehad Party (AIP) of Engineer Rashid, Jammu and Kashmir Peoples Movement of Shah Faesal, seeking the restoration of J&K’s special status.

On August 22, all the signatories of the resolution except Engineer Rashid, who is in jail since August 2019 and Shah Faesal, who renounced the politics, issued a joint statement describing abrogation of Article 370 as grossly unconstitutional and a challenge to the basic identity of the people of J&K.

Later, after the government announced the elections for district development council polls (DDC), the alliance decided to fight the elections as one. It later faced a jolt when its spokesman Sajad Gani Lone left the alliance. The PAGD, however, won the DDC polls bagging more seats than the BJP.