Additional Director General of Police Murari Lal Meena said Naxalites exploded a bomb near a culvert in the forests of Gumla district, but there was no casualty or damage. 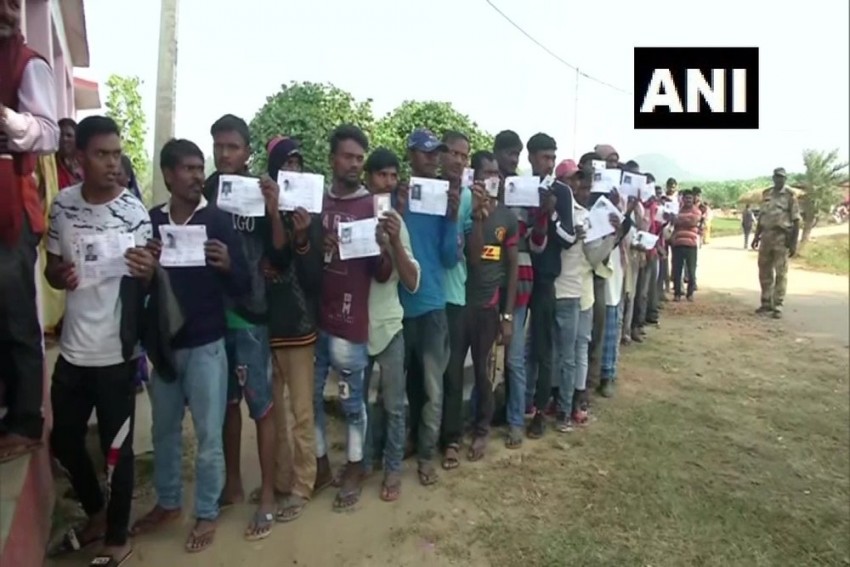 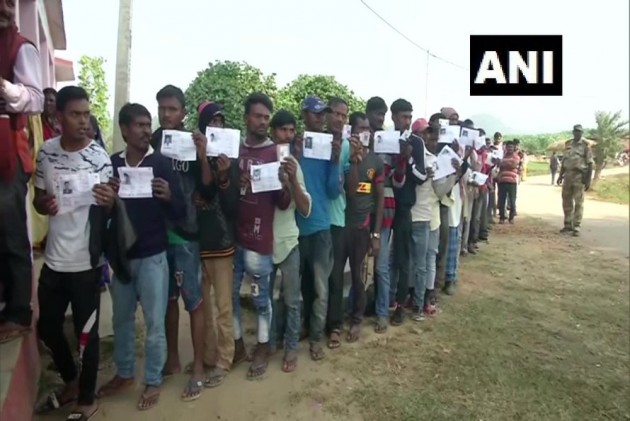 An estimated 62.87 per cent votes were cast when voting ended at 3 pm on Saturday in the first of the five-phase Jharkhand assembly elections in 13 constituencies, amid sporadic incidents of violence, officials said.

The percentage is likely to increase as voters who entered the polling stations by 3 pm will be allowed to exercise their franchise, they said.

A total of 37,83,055 electorate, including 18,01,356 women and five third-gender voters were eligible to exercise their franchise in the first phase of polling across six districts, which began at 7 am, Election Commission (EC) officials said.

Additional Director General of Police Murari Lal Meena said Naxalites exploded a bomb near a culvert in the forests of Gumla district, but there was no casualty or damage.

"The explosion occurred near the culvert in the forests between Banalat and Biranpur villages under Bishunpur assembly constituency of the district," Meena said.

He, however, said "peaceful" polling is underway in all the 13 constituencies.

The agitators broke the window panes of a police vehicle after Congress candidate K N Tripathi allegedly tried to enter the polling booth with arms, he said, adding, the situation was quickly brought under control.

Police has seized a pistol and three cartridges, which were allegedly in Tripathi's possession, Agrahari said.

The EC officials said women and youth were among the early voters in the first of the five-phase elections to the 81-member Jharkhand assembly.

The fate of 189 candidates, including 15 women nominees, will be decided in the first phase of the polling in Chatra, Gumla, Bishunpur, Lohardaga, Manika, Latehar, Panki, Daltonganj, Bishrampur, Chhatarpur, Hussainabad, Garhwa and Bhawanathpur.

The Bhawanathpur constituency has the maximum of 28 contestants, while Chatra has the lowest with nine.

Jharkhand Chief Electoral Officer Vinay Kumar Choubey said a total of 4,892 polling stations have been set up, out of which 1,262 would have webcasting facilities.

Palamau Divisional Commissioner Manoj Kumar Jha said the timing of voting has been fixed between 7 am and 3 pm as several polling stations are in remote areas, and also due to the shorter days in winter.

Oraon is taking on the former state Congress chief Sukhdeo Bhagat after the latter joined the BJP recently.

Former BJP chief whip Radhakrishna Kishore, who was denied ticket from Chhatarpur, is contesting on an All Jharkhand Students Union (AJSU) party ticket from the same seat.

The BJP, which is seeking a second straight win under the leadership of Chief Minister Raghubar Das, is contesting in 12 seats in the first phase while it is supporting Independent candidate Vinod Singh from Hussainabad.

The AJSU party is contesting on its own.

Challenging the BJP is the opposition alliance of the Jharkhand Mukti Morcha (JMM), the Congress and the Rashtriya Janata Dal.

The other parties contesting the elections are Babulal Marandi's Jharkhand Vikas Morcha (Prajatantrik), Janata Dal (United) and the Left parties.

Counting is scheduled on December 23.

Terrorism In Kashmir At Minimum Level After Article 370 Abrogation: Javadekar