Shams Tabrez, who was accused of stealing a motorcycle, succumbed to his injuries at a hospital in Saraikela Kharsawan area. 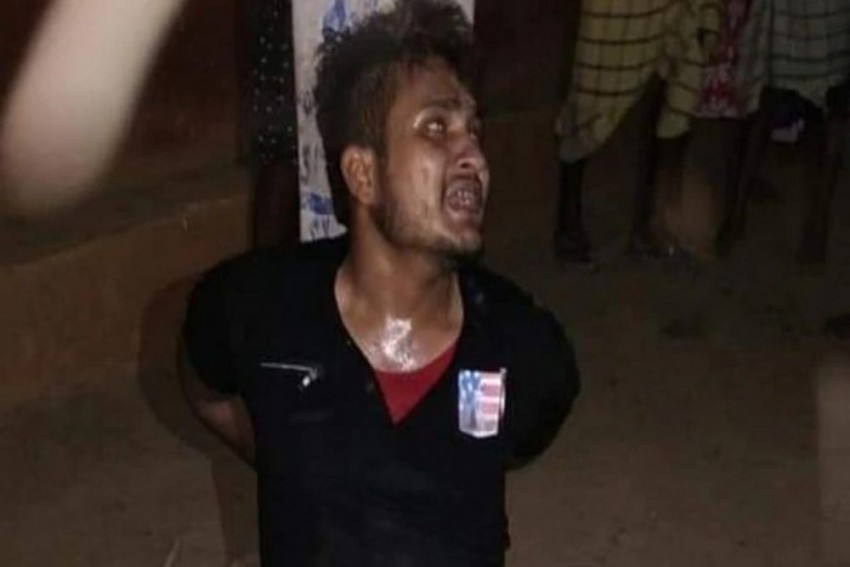 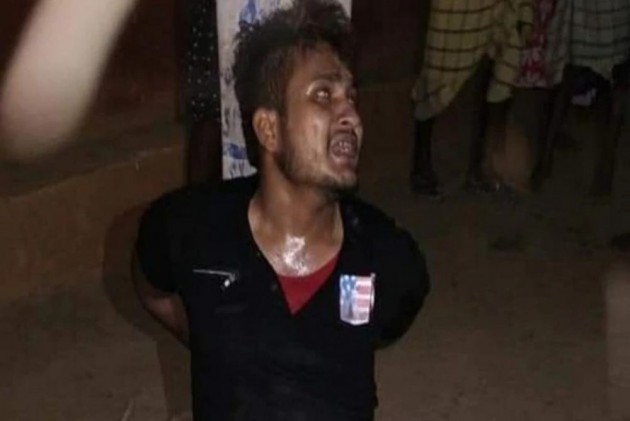 The Jharkhand police on Monday arrested three people and were looking for others behind the lynching of a 24-year-old man who was beaten up mercilessly and forced to chant "Jai Sri Ram" and "Jai Hanuman", news agency ANI reported.

Shams Tabrez, who was accused of stealing a motorcycle, succumbed to his injuries at a hospital in Saraikela Kharsawan area.

"Internal inquiry is underway to find if there was negligence on the part of the police. Action will be taken. A probe is being done on the District Collector level into the role of the jail administration, too," SP Saraikela Kharsawan said.

A video of the incident has been widely circulated on social media.

The incident took place on June 18 when Tabrez was returning along with his two friends from Jamshedpur, in neighbouring East Singhbhum district.

Some villagers caught them and accused them of stealing a motorcycle at Dhatkidih village in Seraikela-Kharsawan district, police said.

Though Tabrez's friends managed to escape, he was tied to a pole and beaten up with sticks through the night, they said.

He was then handed over to police by the villagers, Superintendent of Police (SP) Karthik S said.

Police said on June 21, Tabrez was rushed to the Saraikela Sadar (district) Hospital after he complained of uneasiness. The following day, he was referred to the Tata Main Hospital in Jamshedpur, where he was declared brought dead, they said.

One person was arrested on Sunday in connection with the incident, police said.

Tabrez's wife has lodged a complaint in which she has named several people, a police officer said.

Asked about a video of the incident in which the mob is purportedly heard forcing Tabrez to chant some slogans, police said a case has been lodged against the accused for inciting "communal sentiments".

"Papu Mandal, has been arrested and an inquiry into the incident is on," the SP said.

The relatives of the deceased allege that police ignored their plea for his proper treatment and are demanding strict action against the police and the mob which beat up Tabrez, according to the report.

"Some locals thrashed Tabrej and later gave him over to the police. He was suspected of theft but it was a communal attack. He was beaten because he had a Muslim name. They made him chant 'Jai Shri Ram' and 'Jai Hanuman' again and again. We were not allowed to meet him at the hospital. We have the video of the incident. I demand the culprits be arrested," Tabrez's relative Maqsood Alam was quoted as saying by ANI.

Padma Shri Award Did Not Help Me, People Are Not Giving Me Any Work: 'Canal Man Of Odisha' Daitari Naik