Jharkhand Chief Minister Hemant Soren said the abysmal supply of vaccine as compared to the state's requirement is the foremost impediment to the ongoing vaccination drive. 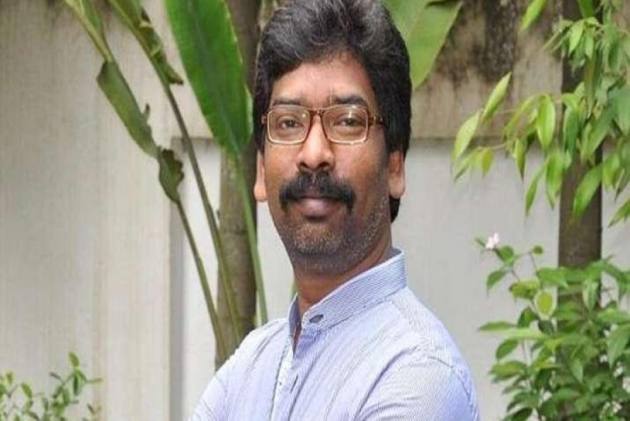 Jharkhand Chief Minister Hemant Soren wrote to Prime Minister Narendra Modi and sought free Covid jabs for the 18-44 age group. He said that the state was unable to incur nearly Rs 1,100 crore on it due to stressed resources.

"The financial burden on the state for vaccination of the age cohort of 18-44 years is likely to be more than Rs 1,100 crore considering 1.57 crore eligible beneficiaries. With vaccine being available for age cohort of 12-18 years and below, the mentioned financial burden will further increase by around Rs 1,000 crore. It will be extremely difficult to spare as much resources from the resource pool of the state which is already stressed during Covid times," the letter mentioned.

Soren said the state was battling a deadly second wave of Covid-19 with its limited resources.

He said the abysmal supply of vaccine as compared to the state's requirement is the foremost impediment to the ongoing vaccination drive.

Terming the mandate for states to procure medicines against cooperative federalism, Soren said, "This is probably for the first instance in the history of independent India that the states have been mandated to procure vaccines on their own."

Such a mandate, under the challenging and unprecedented circumstances where the entire nation is struggling for over a year, stands against the principle of cooperative federalism, he said.

Soren said with the emergence of the second wave of Covid-19 in the country, the state experienced an unexpected outbreak of the pandemic and existing medical infrastructure of the state was put under unparalleled strain.

He mentioned that it is now well established that timely and full vaccination of all the eligible beneficiaries is the only sustainable measure against the spread of Covid-19 infection and to control mortality on account of it.

"Better preparedness and response to a possible third wave in the near future will hinge on the extent of vaccination coverage across the country. The State of Jharkhand is taking all possible measures to ensure maximum coverage in the least possible time frame," he said.

Stating difficulties in procuring vaccines, the chief minister said as mandated by the central government, Jharkhand is putting all efforts to procure Covid-19 vaccine directly from the available manufacturers for the age cohort of 18 to 44 years.

"However, the supplies against the orders placed continue to remain extremely limited and it ultimately depends on the allocations made by the central government. On account of scarce supplies, the overall pace of vaccination is not as desired and defeats the very purpose of vaccination drive for this age cohort," he stressed.

Further, Soren mentioned that Jharkhand like other states has always received vaccines free of cost from the central government for pulse polio and routine immunisation.

"This dichotomy will not stand the scrutiny of reasonable classification under the fundamental principles of the Constitution of India," Soren who earlier hit out at PM Modi for "launching vaccination drive without preparedness" said.

"Further, the inherent diversity in our country creates various peculiarities specific to the states concerned. Every State has its own high risk groups depending on the geographical, cultural and traditional heterogeneity. As such, a common framework defined by the Central Government with regard to prioritizing of beneficiaries across the country is not desirable," the letter mentions.

Urging the PM to provide to the State free vaccine for beneficiaries of all age groups and also give freedom to define priorities for vaccination coverage, Soren said this would help the state in achieving the target of full vaccination in a timely manner which would go a long way in ensuring effective tackling of the anticipated third wave.

He said the State and the people of Jharkhand shall be ever grateful for support under such difficult times.

Facing delay in vaccine supplies, Jharkhand which could not launch vaccination drive for 18-44 age group on May 1 ultimately launched a free drive on May 14 but has been stressing on constraints in supply.

Hitting out at the Centre on vaccine distribution, the CM in an interview to PTI on Sunday had said a state like Jharkhand has almost exhausted doses for people in the 18-44 years age group.

Accusing the Centre of "no transparency in vaccine allocation", Soren said under the circumstance he was left with no other option than to appeal to the companies operating in the state to come forward for vaccination of communities in their areas.

Jharkhand's Covid-19 tally soared to 3,36,943 on Monday as 703 more people tested positive for the infection, while 19 fresh fatalities pushed the state's coronavirus death toll to 4,977.