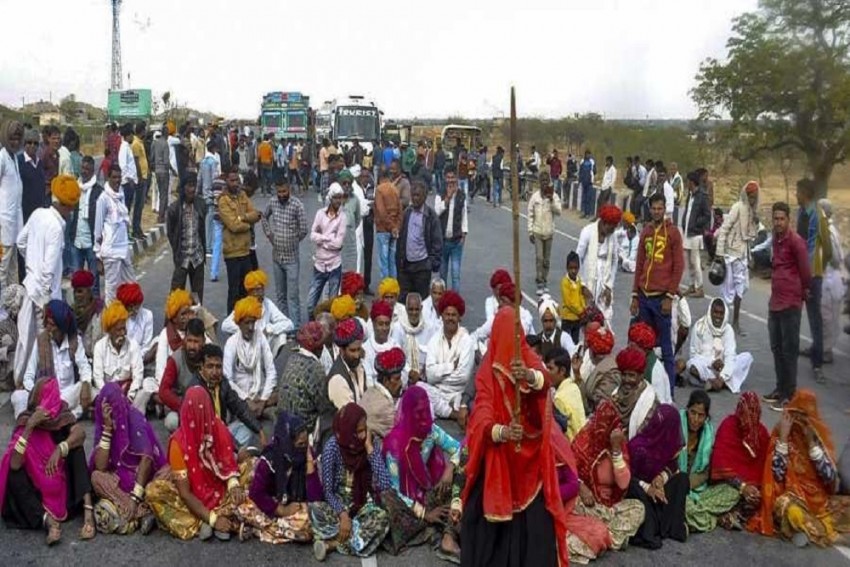 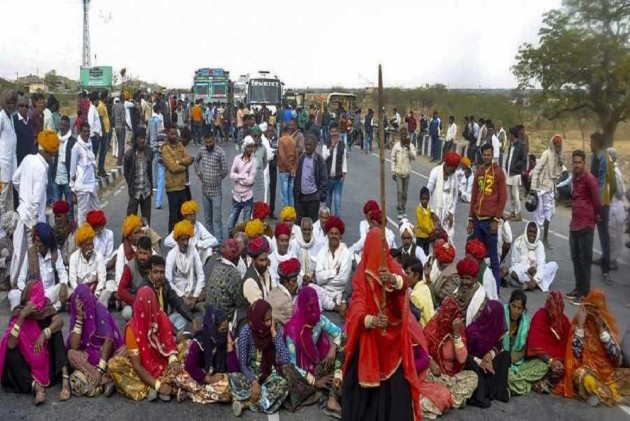 Groups from the Jat and Muslim communities in Rajasthan have renewed their demand for reservations,  amid ongoing agitations in the state by Gurjars for quota in government jobs and educational institutions.

The protest by members of the Gurjar community, who have blocked the Delhi-Mumbai rail route in Pilupura and the Hindaun-Bayana road, entered its 10th day on Tuesday after talks between its leaders and the Rajasthan government remained inconclusive on Monday.

Leaders from the Jat community in Bharatpur and Dholpur districts have decided to hold ''mahapanchayats'' at different places to discuss the course of action to get reservations in government jobs and educational institutions.

The first of these meetings will be held in Bharatpur district's Pathena village on November 18.

"We will hold 'mahapanchayats' at different locations starting November 18 and take a decision. If the government wants to hear us through agitations, then we will do a 'chakka jam' after a decision taken in the 'mahapanchayats'," Jat Aarakshan Sangarsh Samiti convener Nem Singh Faujdar said.

The state government should recommend to the Centre to give Jats of these two districts reservation in the Central OBC list, he said, adding that Jats of other districts of the state have already got quota.

The Jats of Bharatpur and Dholpur districts were excluded from the Central OBC (other backward classes) list after a March 2015 Supreme Court order, and then from the state OBC list following a Rajasthan High Court ruling in August that year.

In 2017, the Vasundhara Raje-led government had extended reservation to Jats of these two districts under the state OBC list, but they are yet to be included in the central list.

The Muslim Minority Development Committee (MMDC), which has written to Rajasthan Chief Minister Ashok Gehlot on the reservation issue, has demanded 10 per cent quota for backward Muslim castes.

The Delhi-Mumbai rail route in Bayana's Pilupura and Hindaun-Bayana road has been blocked by members of the Gurjar Aarakshan Sangharsh Samiti over reservation for the community.

The organisation is demanding that the Rajasthan government should get the Gurjar reservation included in the Ninth Schedule of the Constitution, fill the backlog of vacancies and give the benefit of five per cent reservation to the Most Backward Classes (MBCs) in the pending recruitment process.