On Friday morning hundreds of workers assembled at Workers' Colony inside the factory and demonstrated against the management, damaged the factory infrastructure including chairs and shouted slogans. 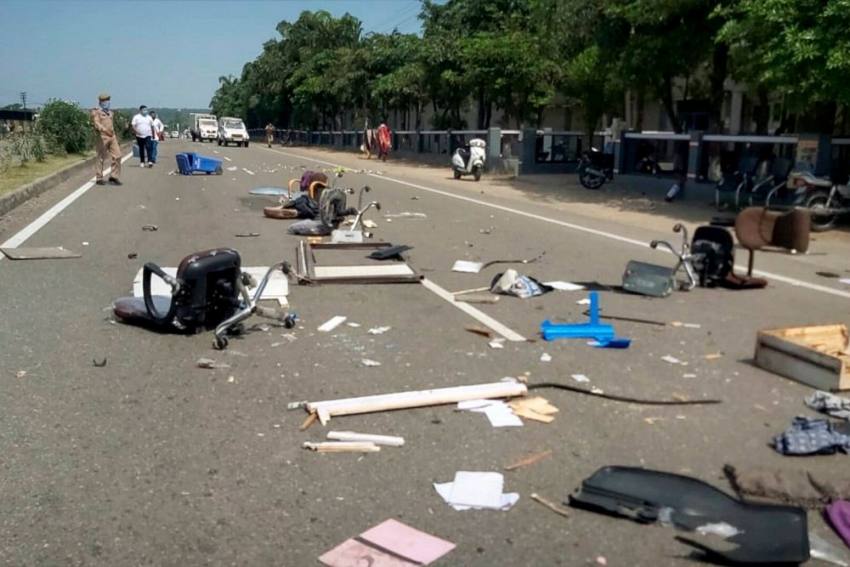 Damaged furniture and other objects lying on a road after a protest by the workers of Chenab Textile Mills over non-payment of their salaries, amid ongoing COVID-19 lockdown in Kathua.
PTI Photo
Naseer Ganai 2020-05-08T14:56:30+05:30 J-K: Chenab Textile Mill Workers Protest Over Non-payment Of Wages 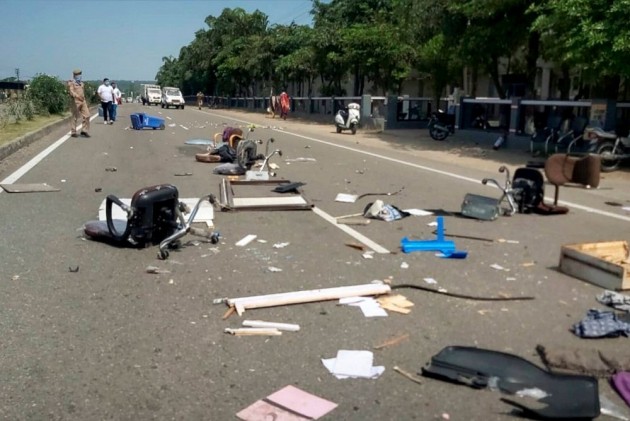 Hundreds of workers, who are engaged with Chenab Textile Mill, blocked the Jammu-Pathankot highway on Friday and threw stones at factory premises expressing anger over the "non-payment of full wages" and money for the ongoing lockdown period.

Hundreds of workers assembled at Workers' Colony inside the factory and demonstrated against the management, damaged the factory infrastructure including chairs and shouted slogans. According to eyewitnesses, protesters damaged a Gypsy car to block the Kathua-Jammu road.

One of the protesters said they were not being paid full wages. “We came here to work travelling thousands of kilometres. We leave our family and children behind. Last month, we were given Rs 3000. What will we do with this money? Do we send it home or use it to survive here,” the protester said. One of the workers from Uttar Pradesh said people hadn't been paid despite working for 12 hours in a day.

Chenab Textile Mill, one of the factories in Jammu and Kashmir, started its operations in 1965 and has about 5000 employees working in day and night shifts.

Some workers said they were working for Rs 350 per day, but the management of the factory has credited their wages at Rs 150 per day to their accounts. They said it is a grave injustice under present circumstances. One Lal Badhur said he had been working with the mill for the past one year. “They have given Rs 2,000 salary to everyone. Those who were working and those who were not working were given the same salary,” he said. “We were asking for wages, and they instead called the police,” said another worker from the UP.

The police pacified the protesters and assured them that their concerned will be addressed.

Anoo Malhotra, director industries Jammu  told Outlook the issue is settled. “I talked to the management of Chenab Textile Mills. The DC and SSP of the district were also there. The issue was the factory had paid an equal salary to all workers. But those who have been working were saying we need to have more salary than those who are not working,” Malhotra said, adding there is a government order saying salaries have to be paid to everyone and the CTM was abiding by the order.