Singh, who is Minister of State for External Affairs, told reporters here that he had already said in 2012 that nothing like this happened and the Indian Army does not even think of such things. 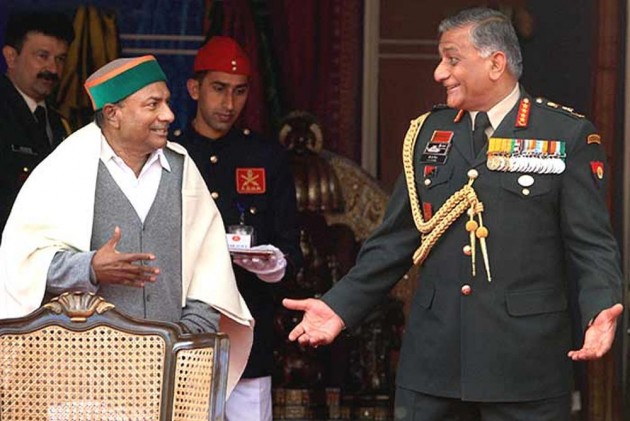 Union minister and former Army chief VK Singh said on Thursday that he has requested Prime Minister Narendra Modi for a high-level probe into reports about the alleged army coup in 2012 during the tenure of UPA-II government, saying it amounts to "treason".

"I have written to the Prime Minister that this was treason and such people need to be exposed by a high-level inquiry," Gen. Singh (retd.) said here.

His letter to the Prime Minister came after a media report said that some leaders in the UPA-II government had sought to build a false narrative that the Army was planning a "coup" while he was the Army chief in early 2012.

Singh, who is Minister of State for External Affairs, told reporters in Delhi that he had already said in 2012 that nothing like this happened and the Indian Army does not even think of such things.

He said then Defence Minister A.K. Antony had also said that "nothing like this happened".

Singh said he had written to the Home Ministry in 2013 seeking an FIR following publication of the report about movement of "key Army units" towards Delhi without notifying the government.

He said the latest expose has come out because "facts are hidden by people for some purpose".

"Now let the law take its own course," he said.