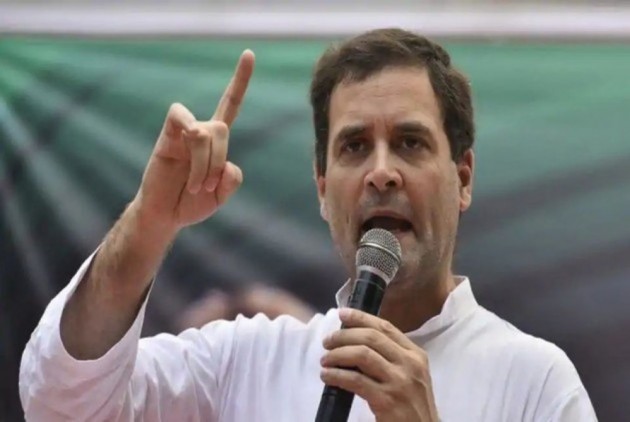 The BJP targeted Congress leader Rahul Gandhi on Thursday for his "frequent" foreign visits and the "secrecy" about those, asking if he was involved in some secret operation.

Asserting that Gandhi's frequent foreign visits were a matter of public interest as he was a public representative, Bharatiya Janata Party (BJP) spokesperson GVL Narasimha Rao claimed that the Congress leader had travelled abroad on 16 occasions in the last five years, which was more than the number of his visits to Amethi in Uttar Pradesh, which used to be his Lok Sabha constituency.

Addressing a press conference at the party office here, Rao said, "This is also one of the reasons the people of Amethi rejected him (Gandhi). Of the 16 visits (abroad), on nine occasions, the destination was not known.

"Why was it not revealed? Was he involved in some secret operation?," he asked.

Gandhi lost the parliamentary polls held in April-May from Amethi, a stronghold of the Congress. He was elected to the Lok Sabha from Wayanad in Kerala.

Rao cited a letter written by the parliamentary affairs minister on July 3 to inform the members of Parliament about the norms for them.

The minister had informed the members that they should, in advance, inform Parliament of their foreign visits, even if those were purely for private purposes, he said.

Rao claimed that the Lok Sabha secretariat had not received any information from Gandhi about his foreign visits.

Taking a dig at the former Congress chief, Rao said the entire world came to India for meditation but he was travelling abroad frequently.

Pointing out that foreign tours were an expensive affair, the BJP leader questioned who footed the bill for Gandhi's visits abroad, including for air tickets, staying in five-star hotels and other such expenses.