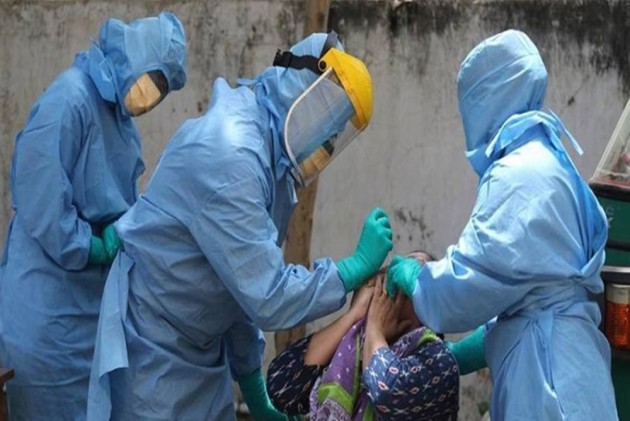 India logged a record 85 lakh Covid-19 vaccinations on June 21, even as the second wave of infections wanes across the country. The country ranks 19th among the world’s 30 most populous countries in terms of vaccine doses per 100 population, as of June 19.

According to the data published at 7 am, India administered 86.16 lakh vaccine doses, the highest ever single-day vaccination achieved in the world so far, the Health Ministry said.

Cumulatively, 28.87 crore vaccine doses have been administered so far under the nationwide inoculation drive.

The active cases have further declined to 6,62,521, comprising 2.21 per cent of the total infections, while the national Covid-19 recovery rate has improved to 96.49 per cent, the data updated at 8 am showed.

Also, 16,64,360 tests were conducted on Monday, taking the total cumulative tests conducted so far for detection of Covid-19 in the country to 39,40,72,142, while the daily positivity rate has declined to 2.56 per cent. It has been less than 5 per cent for 15 consecutive days, the ministry said.

The weekly positivity rate has declined to 3.21 per cent.

The number of people who have recuperated from the disease surged to 2,89,26,038, while the case fatality rate stands at 1.30 per cent, the data stated.