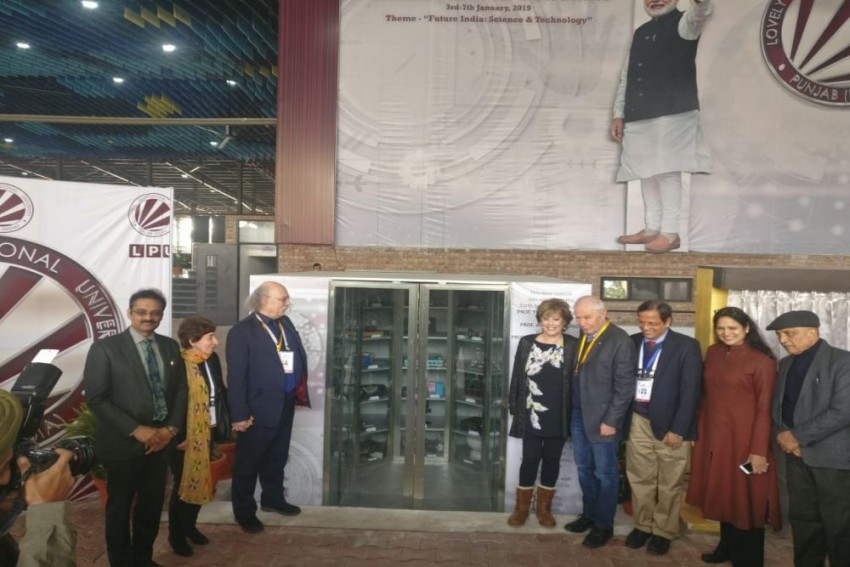 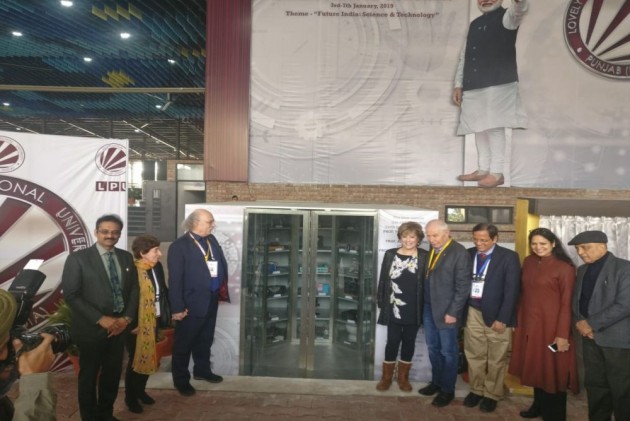 A time capsule is essentially a stash of products, items or information that is intended to help future generations in understanding the technology of present times.

The capsule will remain buried 10-feet deep for 100 years with the objective of providing a glimpse of today's technology to the people a century later so that a comparison of technological advancements can be traced.

Buried in the time capsule lay technologies and items that are used in daily life, such as telephone, smartphone, weighing-machine, water pump, stopwatch, headphones, handy-cam, and pen drive are some of the items that were buried in the capsule.

Some other products that were buried in the capsule include solar cell, a hard disk containing latest documentaries and movies and scientific equipment like rheostat, refrectorscope and double microscope.

According to the university, the contents of the capsule were chosen by an internal poll of the students and more than 25 students across departments were involved in preparing the capsule.

The ISC was inaugurated on Thursday and PM Modi delivered the inaugural address.

The theme of this year's ISC is Future India: Science and Technology.

Bofors Brought Down Congress, Rafale Will Bring Modi Back: Sitharaman