Rahul Gandhi cautioned the prime minister against playing with the Constitution and said, 'If you do so, people will come out to stop you'. 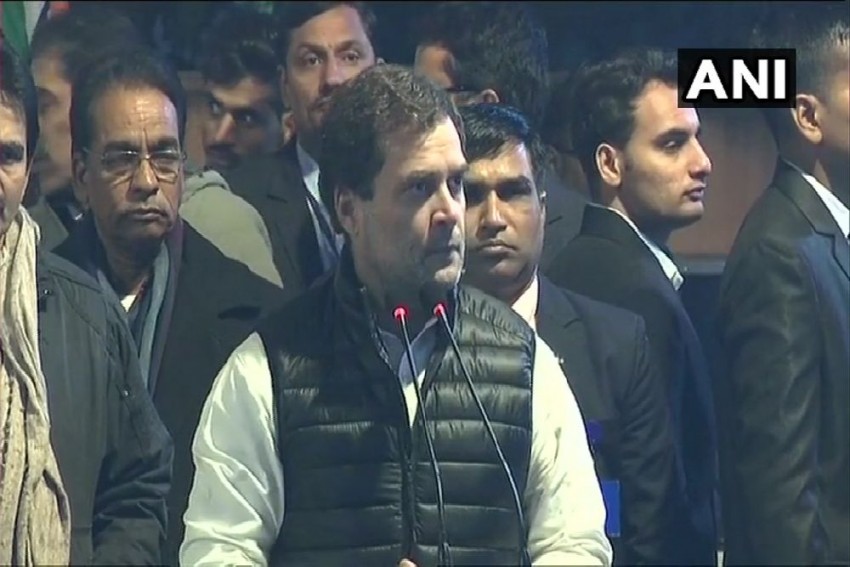 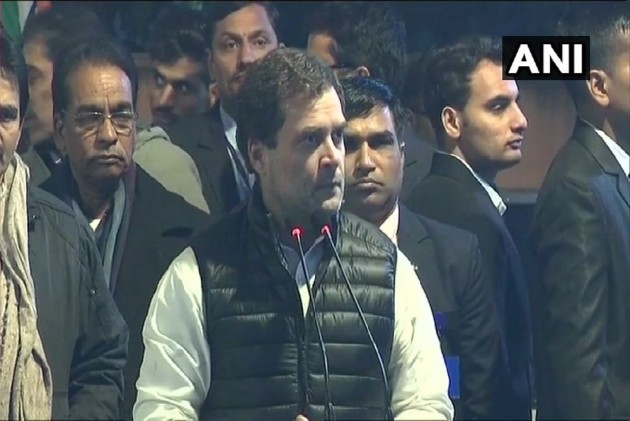 Rahul cautioned the prime minister against playing with the Constitution and said, "If you do so, people will come out to stop you".

He said journalists, judiciary and Bharat Mata would give Modi a befitting reply for suppressing students' voices by using brute force.

On the Prime Minister's remark that protesters razing public properties could be identified by their clothes, Rahul Gandhi said, "The whole country recognises the Prime Minister by his clothes as he wears a Rs 2 crore suit."

Rahul also alleged that the Prime Minister was pressurising the judiciary, the media and the business.

Pointing to the poor state of the economy, Rahul Gandhi said the Prime Minister must answer how the growth rate had come down from 9 per cent to 4 per cent.

Earlier on Monday, he along with several party workers and leaders, including Congress interim chief Sonia Gandhi and former Prime Minister Manmohan Singh, staged a sit-in at Rajghat in protest against the Citizenship Amendment Act (CAA).

They began the protest with a reading of the Preamble of the Constitution.

Venugopal said there was widespread resentment against the recent actions of the Bharatiya Janata Party (BJP) government, The people were demanding restoration and maintenance of the sanctity of rights guaranteed by the Constitution.