Amit Shah further said the NDA-led government will target the roots of terrorism in Pakistan, adding the surgical and air strikes were carried out in India's defence. 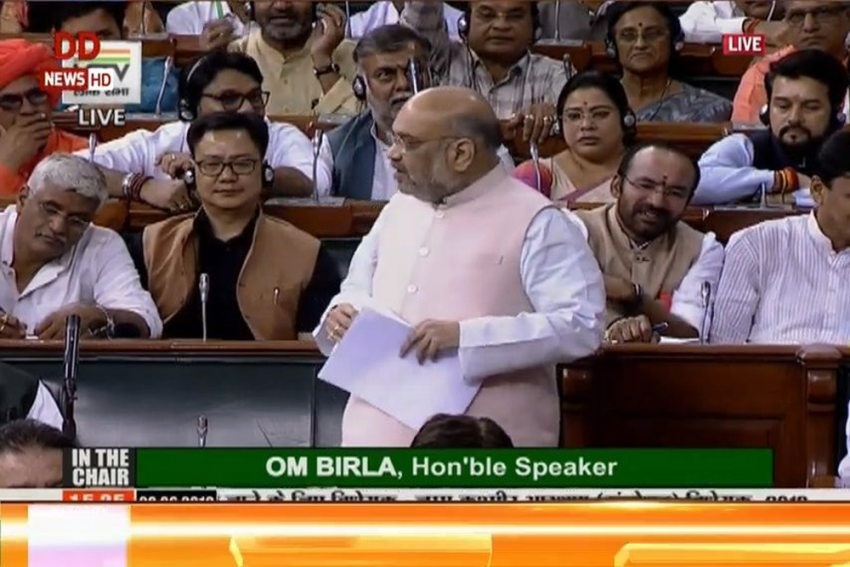 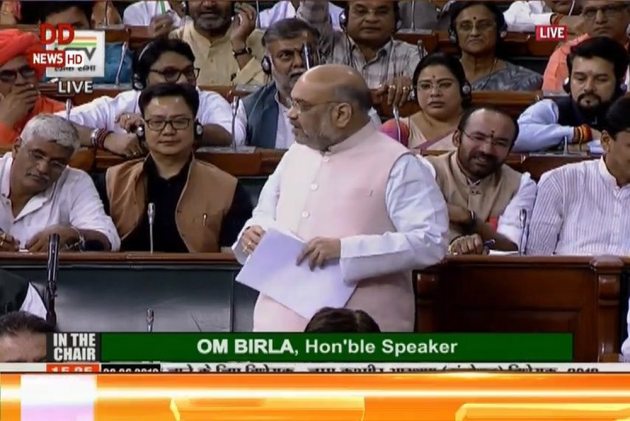 In a scathing attack on Congess, Home Minister Amit Shah on Friday said India had lost 1/3rd of Jammu and Kashmir because of a "historical blunder" committed by the grand old party.

Replying to a statutory resolution seeking Lok Sabha's nod to extend President's Rule in Jammu and Kashmir, Shah said Pakistan occupied Kashmir (PoK) should have been a part of India.

Blaming country's first Prime Minister Jawaharlal Nehru for the current state of affairs in Kashmir, Shah asked who had called for a "ceasefire back then".

"It was Jawaharlal Nehru who did it and gave that portion(PoK) to Pakistan. You say we don't take people into confidence, but Nehru Ji did it without taking the then Home Minister into confidence. So Manish (Tewari) Ji, don't teach us history," he said.

He further said the NDA-led government will target the roots of terrorism in Pakistan, adding the surgical and air strikes were carried out in India's defence.

Shah justified the withdrawal of security to those who pursued "anti-India politics".

"Narendra Modi government has adopted a zero-tolerance policy towards terror and I am sure we will be successful in achieving it with the help of our citizens," Shah said.

Continuing his attack on the opposition party, he said so far Article 356 (President's Rule) was imposed 132 times of which the Congress used it 93 times to dismiss state governments.

He also said the government withdrew security of 919 people in the state as there was no security threat.