Chinese envoy said both India and China should go beyond the model of "management of differences" and work towards actively shaping bilateral relations through accumulation of positive energy and forging greater cooperation for common development. 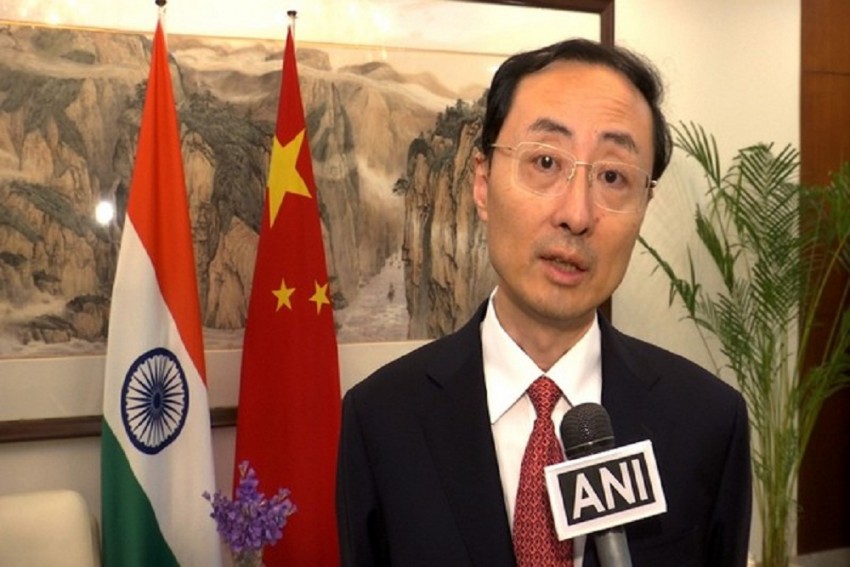 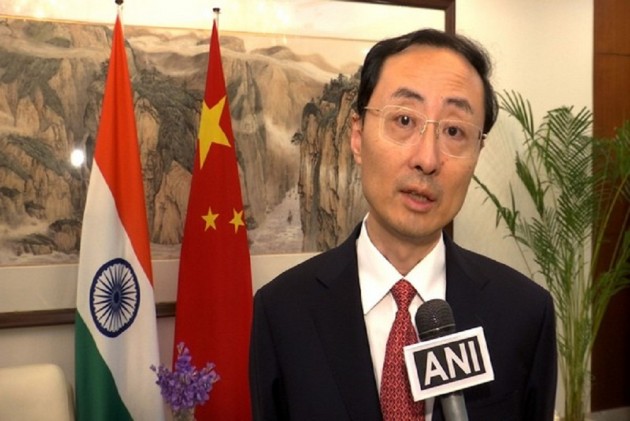 India and China should resolve disputes peacefully through dialogues at the regional level and jointly uphold peace and stability, Chinese Ambassador Sun Weidong said ahead of the second informal summit between Prime Minister Narendra Modi and President Xi Jinping.

The preparations for the summit in the ancient coastal town of Mamallapuramon near Chennai have come under the shadow of the Kashmir issue as both sides are yet to announce the dates for Xi's India visit though it is learnt that he will arrive in Chennai on Friday for a nearly 24-hour long trip.

In an exclusive interview to PTI, the Chinese envoy said both India and China should go beyond the model of "management of differences" and work towards actively shaping bilateral relations through accumulation of positive energy and forging greater cooperation for common development.

"At the regional level, we should resolve disputes peacefully through dialogues and consultations and jointly uphold regional peace and stability," he said, noting that China-India ties transcend the bilateral dimension and assumed global and strategic significance.

"The two sides should strengthen strategic communication, enhance political mutual trust, give full play to the irreplaceable guidance of the two leaders in bilateral relations, and ensure the accurate transmission and solid implementation of the consensus reached by the two leaders," said the envoy.

The ties between India and China came under some strain after India announced withdrawal of Jammu and Kashmir's special status and bifurcated the state into two Union territories. China criticised India's decision and its Foreign Minister Wang Yi even raised it at the UN General Assembly last month.

Days later, Chinese ambassador to Pakistan Yao Jing said that China was working for Kashmiris to help them get their fundamental rights and justice, comments which have not gone down well with New Delhi.

The first informal summit between Modi and Xi took place in picturesque Chinese lake city Wuhan in April 2018, months after a 73-day long face off between the armies of the two countries in Doklam tri-juction in Sikkim sector raised fears of a war between the two Asian giants.

In the summit, Modi and Xi decided to issue "strategic guidance" to their militaries to strengthen communication and build trust and understanding.

In Mamallapuramon summit, the focus of the talks is likely to be on steps to ensure mutual development and expanding overall ties.

"We should go beyond the model of differences management, actively shape bilateral relations and accumulate positive energy. We should enhance exchanges and cooperation, promote convergence of interests and achieve common development," the Chinese envoy said.

On the decades-old boundary question, the envoy said it is normal for neighbours to have differences and the key is to properly handle them and find solution through dialogue and consultation.

"Over the past decades, no single bullet has been fired at the China-India border area, and peace and tranquility has been maintained. Boundary question is only part of China-India relations," Sun said.

"We need to keep it in the larger picture of China-India relations and do not let the boundary dispute affect the normal development of bilateral relations," he said.

The envoy said China and India should strengthen communication and coordination on international and regional affairs.

"The uncertainty of the international situation poses common challenges to both China and India. Strengthening solidarity and cooperation between us is an opportunity for our respective development and the world at large," he said.

"I am convinced that China and India have the vision and capability to chart a course of common development and win-win cooperation among emerging countries and contribute to the building of a community with a shared future," he added.

"More than 1,000 Chinese companies have increased their investment in industrial parks, e-commerce and other areas in India, with a total investment of USD 8 billion and 200,000 local jobs created," he said.

At the same time, he said there is huge potential and broad prospects for expanding economic and trade cooperation.