In New Innings At TMC, Mukul Roy Likely To Take It Slow

One of the first tasks the TMC wants Mukul Roy to undertake is to get some of the party deserters who followed him to the BJP back to the TMC. 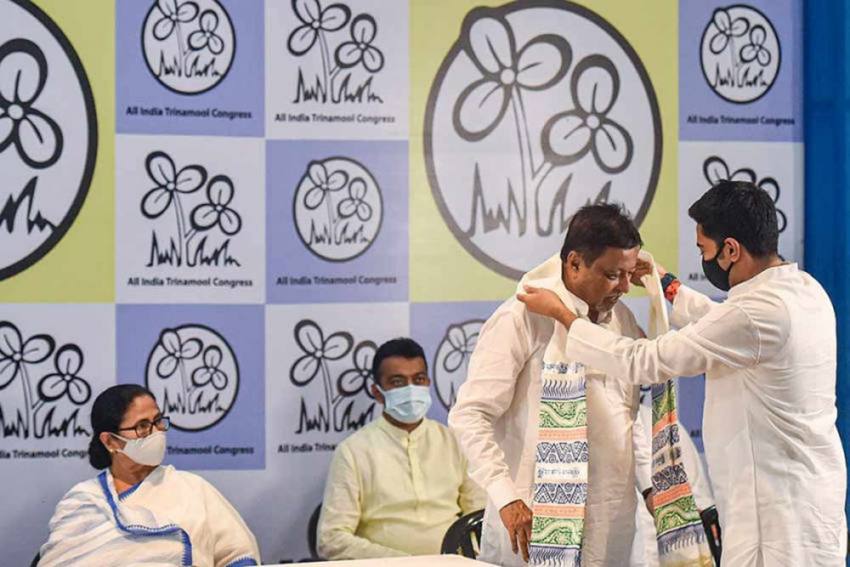 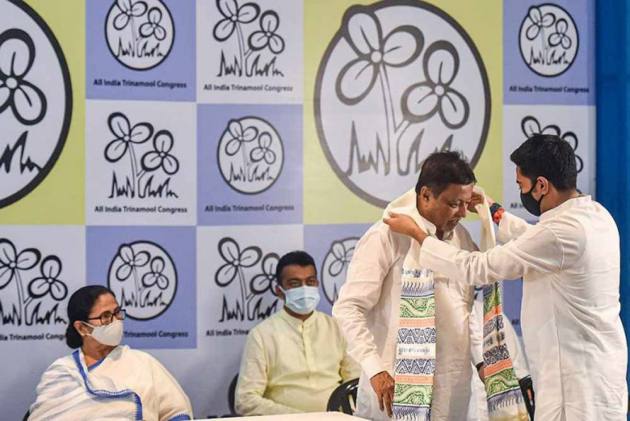 Mukul Roy is likely to take time in getting fully involved with the party's daily activities in the new innings in his old party, people close to Roy told Outlook on condition of anonymity.

"He will take time to understand the new dynamic in the party leadership and the exact role the party would like him to play," said one of his loyalists who did not want to be identified.

According to sources in the Trinamool Congress, the party has also asked Roy to take care of his ailing wife first. His wife, Krishna, is suffering from Covid-19 related complications.

One of the first tasks the party wants him to undertake is to get some of the TMC deserters who followed Roy to the BJP back to the TMC. This would help demoralise the BJP's Bengal leadership and workers, the TMC expects.

Besides, Roy's focus on engineering defection would also keep the BJP busier in keeping its house intact than in carrying out agitation against the state government.

Roy's desertion has already triggered some voices of rebellion in the BJP, with the party's national secretary from the state, former TMC MP Anupam Hazra, demanding in a Facebook post that the party would do better to focus on ending groupism within the state unit.

He also alleged that due to groupism, able organisers were shunted out of key responsibilities ahead of the assembly election and the party had to pay a heavy price for it.

Senior TMC leaders said that Mamata Banerjee had not yet decided on any particular post in the party to be given to Roy. However, speculations are rife that Roy could be nominated to one of the two Rajya Sabha seats that are lying vacant.

"There is a possibility that she might nominate Yashwant Sinha and Mukul Roy to the vacant Rajya Sabha seats. However, the final decision is yet to be taken," said a TMC Rajya Sabha MP who did not want to be identified.

Roy had served two terms in the Rajya Sabha.

Former BJP stalwart Sinha, who had served as Union finance minister in the Atal Bihari Vajpayee government, had joined the TMC ahead of the assembly elections.

Mamata's nephew, Abhishek Banerjee has been entrusted with leading the party in playing a larger role at the national level keeping the 2024 Lok Sabha election in mind.