Home  »  Website  »  National  »  In Jammu, It Is BJP Versus BJP As ‘Corruption’ Charges Mount 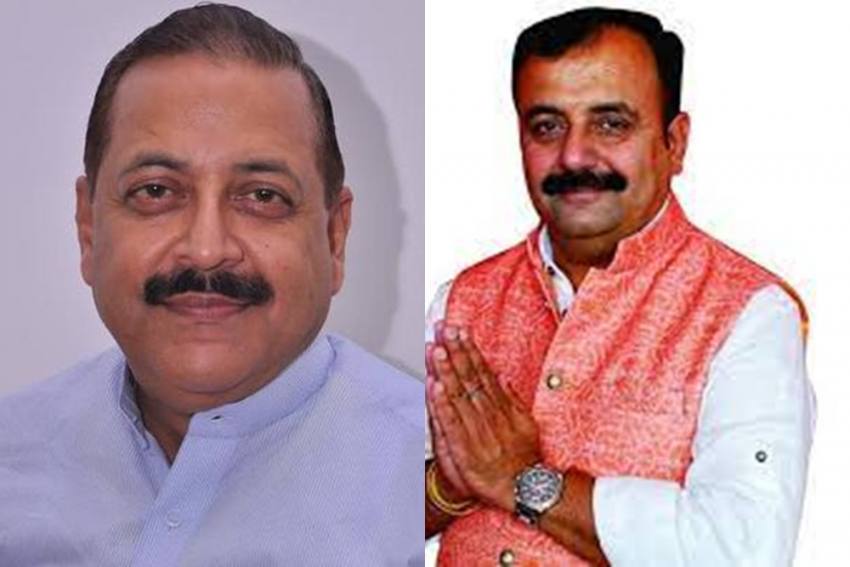 BJP leader and MOS in the PMO, Dr. Jitendra Singh and BJP leader and former legislator of the party, Vikram Randhawa
File photo
Naseer Ganai 2021-05-03T22:16:56+05:30 In Jammu, It Is BJP Versus BJP As ‘Corruption’ Charges Mount 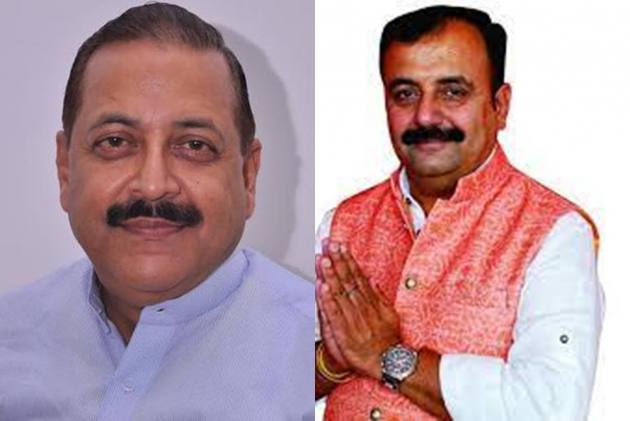 The BJP in Jammu Monday saw a flurry of activities with one senior BJP leader and former legislator of the party, Vikram Randhawa, accusing BJP leader and MOS in the PMO, Dr. Jitendra Singh of allegedly indirectly involved in corruption in mining contracts in Jammu.

In response, Sanjeev Sharma, BJP executive member and in-charge parliamentary affairs said since senior leader Randhwa has accused Dr. Jitendra Singh, he should present documentary proof of his allegations within 24 hours or apologise publicly. “Otherwise we will go for defamation case of Rs 1 crore against him as told by the minister (Jitendra Singh) to us,” Sanjeev Sharma said.

He said it would be decided whether the minister would file the case himself or the BJP. “Vikram Randhawa is a senior leader of the party and that is why we have taken his allegations seriously,” said Sharma. He said he was expecting language used by Randhawa against the minister, who is in the hospital. “We don’t whether he was angry or he was provoked by someone, he has leveled allegations on our office and Doctor Sahab (Jitendra Singh). We don’t know what grounds he has leveled the allegations,” Sharma said.

Earlier in an emotional press conference, Vikram Randhawa said in spite of the stone crushers being sealed, the geology and mining department is imposing fine on them and when enquired about it, a senior officer in the government told him that they are doing it as a purported agent of  Dr. Jitendra Singh needs a “hafta”.

This is a huge embarrassment to the BJP and Jammu and Kashmir administration led by Lt Governor Manoj Sinha. The government and the BJP have been claiming of providing corruption-free governance in Jammu and Kashmir after the abrogation of Article 370. However, now it is the senior BJP leader who is accusing another leader and the government officers of being involved in corruption.

Randhawa said the department of geology and mining has made the lives of local industrialists in Jammu and Kashmir miserable. He said the district mining officer Jammu has raided 14 stone crushers of the local industrialists and once he didn’t find anything wrong there he started imposed a fine on the crusher owners. “He sent me notice of Rs 21 lakh. He sent notice of Rs 25 lakh to others as fine,” Randhawa said. He said they approached the high court pleading the plenty imposed by the district mining officer is unjustified. He says on April 19, the high court issued an order to the geology and mining department to remove the ban on the stone crushers after receiving 10 per cent of the fine imposed on them. He said he was not ready to even pay 10 per cent as it would amount to an indictment of the stone crushes that they were doing any wrong. He says fellow stone crusher owners insisted all should pay and resume the work as the livelihood of everyone was at stake. He said when they started to give an undertaking to the High Court the district mining officer imposed another fine of Rs 75 lakh thus impeding the whole process. “We are not thieves and we haven’t done anything wrong and we are not going to pay a fine to the department,” the former legislator said. He said all stone crusher owners along with their families would set themselves on fire next week on May 10 before the office of the DMO. “We will not burn ourselves first. But we will burn him first. I will shoot the DMO first,” he said.