In a Boost For Uddhav Thackeray, BVA With 3 MLAs Backs Congress-NCP-Shiv Sena Alliance

Former Congress Chief Minister Ashok Chavan said that the BVA with three legislators has decided to throw its weight behind the MVA. 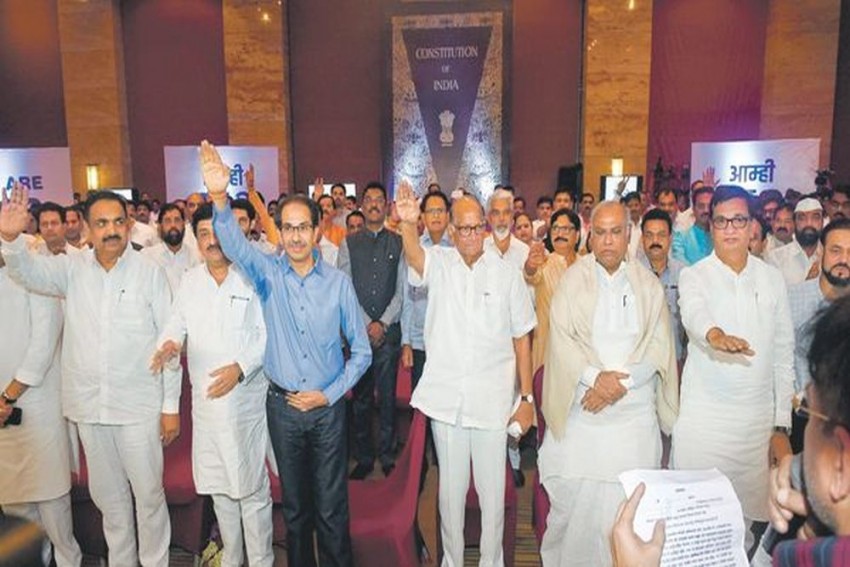 Udhhav Thackeray and Sharad Pawar (in front row) during the oath-taking ceremony of MLAs at the Grand Hyatt.
IANS November 27, 2019 00:00 IST In a Boost For Uddhav Thackeray, BVA With 3 MLAs Backs Congress-NCP-Shiv Sena Alliance 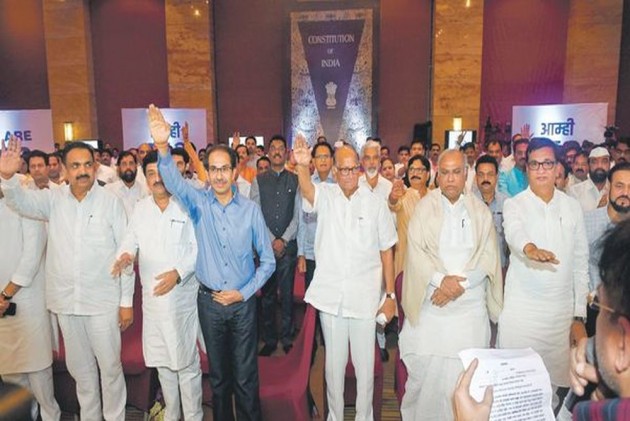 A day before his swearing-in, Chief Minister-designate Uddhav Thackeray got a boost when a Palghar-based party, Bahujan Vikas Aghadi (BVA) joined the 'Maha Vikas Aghadi' (MVA), a top leader said here on Wednesday.

In a statement, former Congress Chief Minister Ashok Chavan said that the BVA with three legislators has decided to throw its weight behind the MVA. The three legislators are Hitendra Thakur, his son Kshitij Thakur and Rajesh Patil.

The new joining takes the MVA strength to 169, in the 288-member assembly, said Chavan.

Starting his political career with the Congress over four decades ago, the 6-time MLA Hitendra Thakur later formed his own political outfit which has been lording over the Palghar region.

The BVA wields total control over the Vasai-Virar Municipal Corporation and these twin towns - barely 25 km north of Mumbai - rank as the fifth-largest in the state and fastest-growing urban conglomerate in India.

Once a staunch political rival of Shiv Sena, the BVA has largely remained unallied though it had supported the BJP after the election results were announced on October 24.

Following the unilateral support extended to MVA, the BVA could now be a contender for a ministerial post, according to party sources.