IMD Predicts Heavy Rainfall Over Many Parts Of East, North India During Next Three-Four Days

Isolated, extremely heavy rainfall is likely over Himachal Pradesh and Uttarakhand on July 27 and 28 and over northwest Uttar Pradesh on July 27. 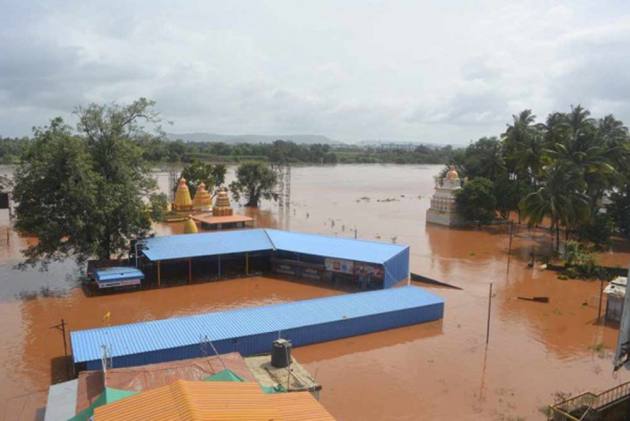 The India Meteorological Department (IMD) issued an “orange alert” for Madhya Pradesh and predicted heavy rainfall over north and east India during the next three-four days.

This development comes in the backdrop of heavy rains already being reported in Rajasthan and Gujarat. In Rajasthan, highest rainfall of 250 mm was recorded in Gagron town of Jhalawar district. Meanwhile, in Gujarat, incessant rains wreaked havoc in many parts of the state during the last 24 hours, causing water-logging and damage at various places due to which 56 roads in the state were closed for vehicular movement, officials said.

The IMD on Monday stated that the low pressure area over northwest MP has become less marked, however, it added that the associated cyclonic circulation over the region continues to persist and added that a similar cyclonic circulation has been reported over north Bay of Bengal. Under its influence, a low pressure area is likely to form over North Bay of Bengal and neighbourhood around July 28.

Due to the influence of these two systems, widespread rainfall activity with isolated heavy to very heavy falls is very likely over Jammu & Kashmir, Himachal Pradesh, Uttarakhand, Punjab, Haryana, Chandigarh and Uttar Pradesh till July 29 and its intensity will reduce thereafter.

Isolated extremely heavy rainfall is also likely over Himachal Pradesh and Uttarakhand on July 27 and 28 and over northwest Uttar Pradesh on July 27.

Fairly widespread rainfall with isolated heavy to very heavy falls are likely to continue over east Rajasthan and west Madhya Pradesh till July 26 and reduce thereafter.

There will be an enhanced rainfall activity with fairly widespread to widespread rainfall and isolated heavy to very heavy falls likely over east and adjoining central India including Odisha, Gangetic West Bengal and Jharkhand from July 27.

Scores of lives have been lost due to landslides and floods in Maharashtra in the last two weeks.