Salman Khurshid: I Don't Accept Hindutva But Hinduism Is A Beautiful Religion

Though it is about SC verdict on Ayodhya, media is focusing only on one paragraph where I made a clear distinction between Hinduism and Hindutva, tells Salman Khurshid about his new book 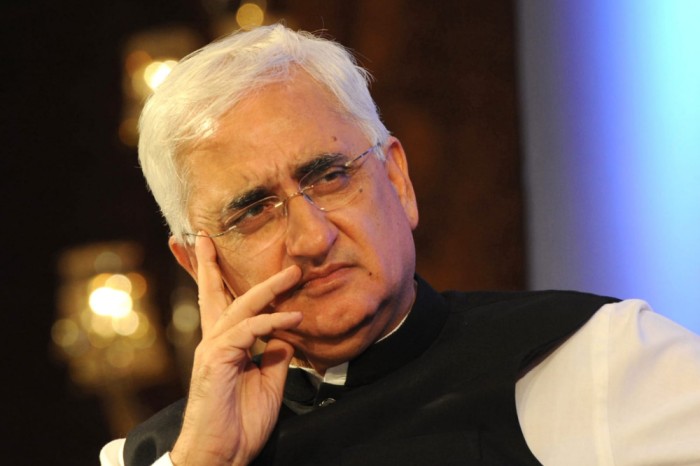 Former Union minister and Congress leader Salman Khurshid is in the eye of a storm over his new book, ‘Sunrise Over Ayodhya: Nationhood in Our Times’, for allegedly comparing ‘Hindutva’ to ISIS. A Delhi court on Wednesday refused to stop the publication, sale or circulation of the book. Khurshid spoke to Outlook on why he thinks it’s important to differentiate between Hindutva and Hinduism and why robust forms of Hindutva should be resisted.

Q) ‘Sunrise over Ayodhya’ is all about the SC verdict on Ayodhya and you wrote that you are seeking closure to the issue through the book. But now, you are under fire for hurting Hindu sentiments.

The purpose of the book was to bring closure to an issue, which I believe was corroding the unity of our country. I did it by supporting the Ayodhya judgment by the SC. In the book, I have also deliberated on the beauty of Hinduism as a religion. I am saying that I don't accept Hindutva and I believe that Hinduism is a grand, beautiful and wonderful religion. But I
have a problem when that religion is being twisted and contorted to kill people. Because Hinduism does not allow that. Hinduism does not permit killing people.

Though the book is all about the SC verdict on Ayodhya, a section of the media chose to focus only on one paragraph where I made a clear distinction between Hinduism and Hindutva.

I have endorsed the SC verdict, which said that Hindus must have a temple, where the land was disputed. If that is not enough, what do I have to do? Do I have to crawl in front of Hindutva and ask for forgiveness? I'll stand up and say you're wrong. I still won't argue that your temple should be taken away. Because you have won it in the SC judgment. And I acknowledge it. Beyond that, the SC didn’t say that one cannot express one’s views. I'm
expressing my freedom of speech to say ‘don't misuse religion, because when you misuse religion, you become like those who misuse other religions. It’s become clear that if you disagree with them, they will go for your jugular. The attack proves my point that we have to put our foot down. I have faith in the majority of people in this country who are Hindus.

Q) In the book, you have deliberated at length on virtues of Hinduism and endorsed the SC verdict despite some of your friends in the legal fraternity expressing reservations on the verdict. Still, the book came under fire and your house in Nainital was burnt.

It proves that my endorsement of the Ayodhya verdict is not good enough for my adversaries. I should have been attacked by those who believe that I'm wrong in supporting the judgement. But it’s coming from the other side. I tell them that my door is open, don't burn it down. Come, talk to me. Convince me that your so- called way of life is beautiful. I'll give you

coffee and anything you want. I'm only quoting what Mr. Chidambaram said in the book release. No one killed Jessica, no one destroyed Babri Masjid and no one burnt my house.

Q) You also have devoted a chapter on Lord Ram and Ramayana.

I wrote about Lord Ram because it's important for somebody who doesn't know about Ram.

Besides Hindus, the book will be read by Muslims, Christians and others. So, they should know the context of Lord Ram and therefore, I did it as faithfully as I can. I've explained the context and what Lord Ram means to my Hindu colleagues. It’s a complete picture and is not just cherry picking. I hope that some Hindus will do this for me and Islam too.

Q) You were hoping for a closure after the Ayodhya verdict. Do you believe that there will be closure after all that has happened?

I'm only seeking closure. Because I don’t want to go down in history as somebody who for personal comfort, didn't seek closure. Those who are angry with me today must tell me that why do they reject, repudiate and react to my claim for closure? I'm not saying that the land should be given back to Masjid. I'm saying just keep the land, build yourself a temple and accept this as a closure. Today when you've got the temple, why the anger and the angst? It should have come from somewhere else. But there is no anger or angst there. After achieving everything, if you still have anger, it means that it was not the temple you were seeking. You were seeking my soul. You won’t get it, my soul belongs to the one above.

Rahul Gandhi says that he believes in Hinduism. He doesn't believe in Hindutva. Now, if you think Hinduism is beautiful, why can’t you participate in what Hinduism does and requires you to do? Rahul Gandhi doesn't go lynching people. He doesn't go burning houses. He doesn't
threaten people. Hinduism says, come and pray for your soul. We all pray for our souls. So, he goes. How can you object to that? Maybe you notice it only before elections. He probably goes all the time. Why does Modi go and sit in a Kedarnath cave during election time? We have no objection to Modi performing any religious rituals. We have a problem with Hindu religion

being twisted for their interests.

Q) Your colleague Ghulam Nabi Azad has differed with your comparison of Hindutva with ISIS.

I've already spoken a lot about it, but it's not a serious thing. There is no division in the Congress regarding this. Rahul Gandhi has also made a clear distinction between Hindutva and Hinduism.

Q) In your book, you have praised Madhav Godbole, who was Home Secretary at the time of the Babri Masjid demolition. However, Godbole in his book said that then Prime Minister P.V. Narasimha Rao failed to give the nod for Home ministry’s plans to take over the disputed structure long before the demolition...

But we didn't attack Godbole’s house. I didn't attack his house. He was the Home Secretary and he had an assessment, He submitted his assessment. I was telling the whole story. This book is not in defense of Mr Narsimha Rao and it is not in defense of the Congress Party. It is an attempt to tell the truth with the help of such documents that are available. And the message I'm being given is that tell the truth selectively and tell it's only where
it pleases us. Don't tell the whole truth.

Q) There are still questions about who opened the locks of Babri Masjid and who placed the idol?

The questions are there. But the story has moved on. You can continue talking about who opened the gates, who placed the idol and all. But all this has been decided, ratified and finally adjudicated by the Supreme Court. And everybody says they have accepted it. So how can we go back to the story?

Q) Your detractors say that you have written the book with the UP elections in mind... Your comment?

It took me two years to write this book. If I had published in 2023, then they would say that it’s for 2024 Parliament elections. Here, I am speaking the truth and people are asking me, “why are you speaking the truth?” Is there something which I'm not allowed to say in an election campaign? This is not to open any wounds. I am saying please accept the judgment.