In 1976-77, KK Muhammed was part of the first excavation of Ram Janmabhoomi in Ayodhya that was carried out by a team of the ASI. 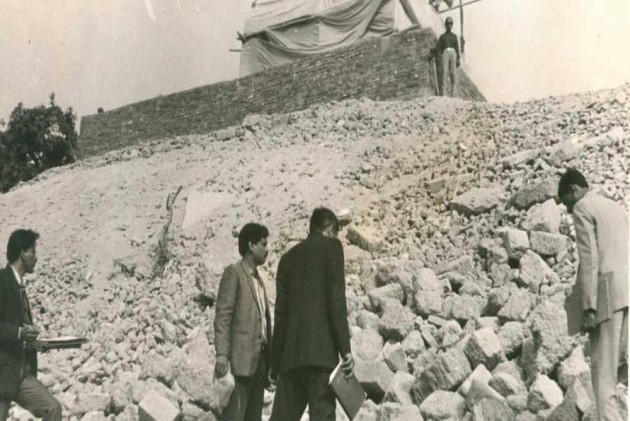 For almost three decades, well-known archaeologist KK Muhammed’s claims have been contradicted and severely criticised. Muhammed is the only archaeologist who had said that Babri Masjid was built on the remains of the Ram Temple.

“I have been hounded by communist historians and their stories. They concocted and fabricated all kinds of things against me in these years. Today I feel vindicated. The Honourable Supreme Court had admitted that pieces of evidence produced by the ASI were correct,” Muhammed said.

In 1976-77, the first excavation of Ram Janmabhoomi in Ayodhya was carried out by a team of the Archaeological Survey of India (ASI), headed by Professor BB Lal. Twelve students of the Institute of Archaeology, Delhi were part of the team. Muhammed was one of them.
Muhammed, for the first time on December 15, 1990, claimed that during excavations he saw the remains of the temple.

“There were numerous shreds of evidence which showed that the Mosque was built not only over the temple, but some remains of the temple were used to construct a mosque,” Muhammed said.

“For instance, the walls of the mosque were constructed with the support of 14 pillars of Ram temples. And below these pillars, I saw the pinnacle of a temple of 11th-12th century,” Muhammed recollected.

He said that had the Supreme Court not upheld the ASI excavation report, his claim would always have been seen as a piece of lies and concocted stories.

“It is a highly balanced and perfect judgment. It is a judgement you cannot improve upon. It is something which we all were dreaming of,” Muhammed said.

He further said that during his two-months stay in Ayodhya for excavation in 1976-77, he was awed to see the fervour with which devotees come to visit the temple.