I Am With Tejashwi Like 'Krishna': Tej Pratap Yadav After Bihar Loss

'Why should he (Tejashwi) resign (as leader of the opposition)? If one does not like his leadership, one can leave the RJD or Mahagathbandhan,' Tej Pratap Yadav said. 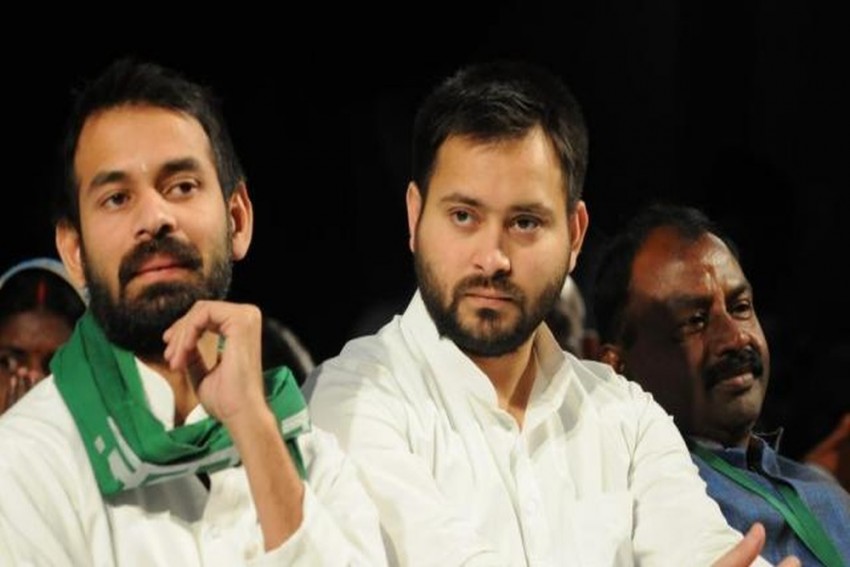 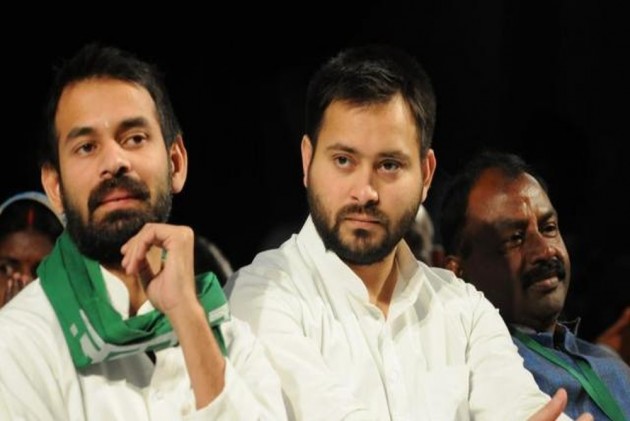 "Why should he (Tejashwi) resign (as leader of the opposition)? If one does not like his leadership, one can leave the RJD or Mahagathbandhan," Tej Pratap Yadav told reporters in Patna.

"I am with my younger brother as Krishna and will always stand by him," he said.

Tej Pratap lamented that had Lalu Prasad been out of jail, the RJD would not have faced the rout.

Tej Pratap, who could not attend the RJD's Tuesday meeting held at former chief minister Rabri Devi's residence to discuss the poll debacle, said he had intimated the party leaders about his inability to attend the meeting.

RJD legislator Maheshwar Prasad Yadav had virtually revolted on Monday against the party leadership asking Tejashwi Prasad Yadav to take moral responsibility for the party's rout in the elections and resign from the post of the leader of opposition in the assembly.

"As a party MLA, I would request Tejashwi Yadav to resign from the post of LOP, taking moral responsibility of the poll debacle and appoint any other senior leader of a caste other than Yadavs as the LOP, failing which the party will have to face crushing defeat in 2020 the assembly elections," Mahesh Yadav had told reporters.

Tej Pratap Yadav, however, emphasised upon the need to focus on the 2020 assembly elections for which his brother, he said, needed to mobilize the people's support.

Asked about his failed request for two Lok Sabha seats for his supporters, he said, "That is a closed chapter. Now we have to focus on the electoral battle for the upcoming assembly elections."

He said despite the leader of 'Mahagathbandhan' (grand alliance) unifying at the top, the failure of the workers of five allied parties to mix up at the grassroots level could be one of the reasons of the debacle.