Home  »  Website  »  National  »  How Priyanka Gandhi Threw A Scrumptious Varanasi Nugget, And How The Media Lapped It Up!

How Priyanka Gandhi Threw A Scrumptious Varanasi Nugget, And How The Media Lapped It Up! 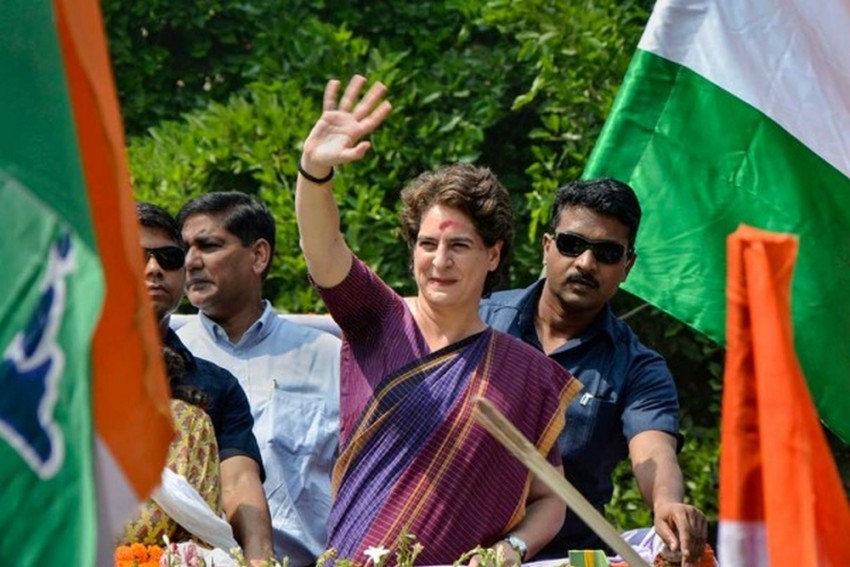 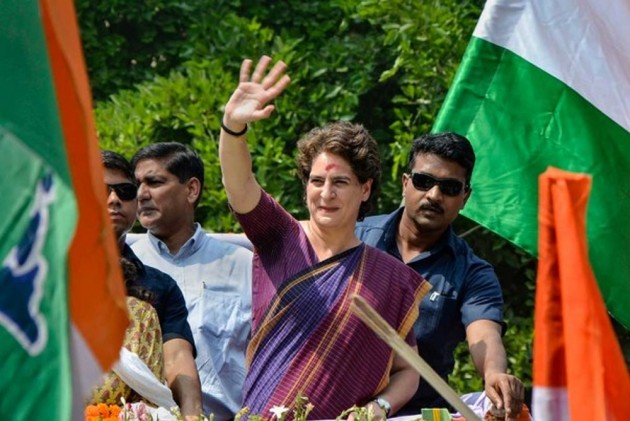 The Congress on Thursday decided not to field its ace-in-the-sleeve - Priyanka Gandhi Vadra - from Varanasi, putting to rest intense speculation that she will take on Prime Minister Narendra Modi in the eastern Uttar Pradesh constituency. The party instead announced the candidature of Ajay Rai, who had contested from the seat in 2014 also, and finished third with 75,000 votes. What would have been The Contest of 2019 has been reduced to a no-contest with the PM likely to score a huge win.

Even as PM Modi undertook a massive roadshow in the historic city, the Congress announcement has left many speculators, and Congress workers alike, disappointed. They have been deprived of the drama that a Modi-Priyanka fight would have unleashed.

No sooner had the Congress named Priyanka Gandhi as its party in-charge for eastern UP, the chattering classes started reading tectonic shifts in the state politics. They theorised - rather, fiercely wished - that she’ll revive in the state the Congress’ fortunes, which, in the past three decades, have been crushed by regional parties and the BJP with equal ruthlessness – except for a blip in 2009.

About two months later, Priyanka threw out a scrumptious nugget while campaigning in Rae Bareli. When a party worker asked her to contest from the constituency, that has been represented for three times by her mother Sonia Gandhi, she responded by asking if she should contest from Varanasi. Modi had won the seat in 2014 and is fighting from there once again. Over the past few weeks, both Priyanka and Rahul kept titillating the populace with remarks over the possibility of her contesting against Modi, with Rahul Gandhi saying that some “suspense is good”.

The press’ fetish for high-voltage contests kept the questions over the same coming with regular periodicity. The journo-commentator-twitterati caucus kept debating the merits and demerits of Priyanka Gandhi contesting from Varanasi until today when the party announced that it was fielding Ajay Rai. But the disappointed speculators seem to have misread both the antecedents of reluctance in elections past and the extent of Priyanka’s appeal among the voters of UP.

In 2014 itself, speculations were rife that Priyanka might take on Modi in Varanasi, which has largely been a BJP turf. But eventually the party fielded Ajay Rai; Modi secured 5.8 lakh votes. Come 2017, and Congress’ political strategist at the time, Prashant Kishor, suggested that the party enter the fray under Priyanka’s leadership. But the plan was again shelved, plausibly after an internal assessment of the situation. The alliance with Samajwadi Party  (SP) was what followed the party’s decision that only suggested that it doesn’t have the stomach for a fight.

Furthermore, anyone who has his ears to the ground knows the limits of Priyanka’s ability to lure in the votes with her geniality. Amethi and Rae Bareli are outliers where loyalty to Congress prevails over other concerns, but in the rest of eastern UP, Priyanka, or the Congress for that matter, hardly emerges in discussions. Between those who feel that the SP-Bahujan Samaj Party (BSP) alliance will emerge victorious, and the BJP supporters who believe that Modi is the first PM to actually work for the country, Congress finds little resonance. The mere mention of Congress elicits expressions of pity from the former, and of disgust from the latter.

Contrast this with Modi, who, besides his charisma, resources at his disposal, party organisation, is a campaign-oholic. One must also realise that legacy is no longer only a privilege for Priyanka. Modi’s repeated denigrating of the Nehru-Gandhi family and the persistent furthering of ‘60-saal-desh-ko-loota” narrative have also made it a baggage.

To make a big deal of Priyanka’s formal entry or project her fight against the PM with exaggerated intensity, with scant regard for the actual extent of her clout, is certainly scant regard for journalistic caution. Forgetting the party’s reluctance, or fear – let’s not mince words – in fielding Priyanka in the previous elections, and gorging on stray remarks, is also not measured editorial stride.