The police are conducting raids to nab the accused persons. 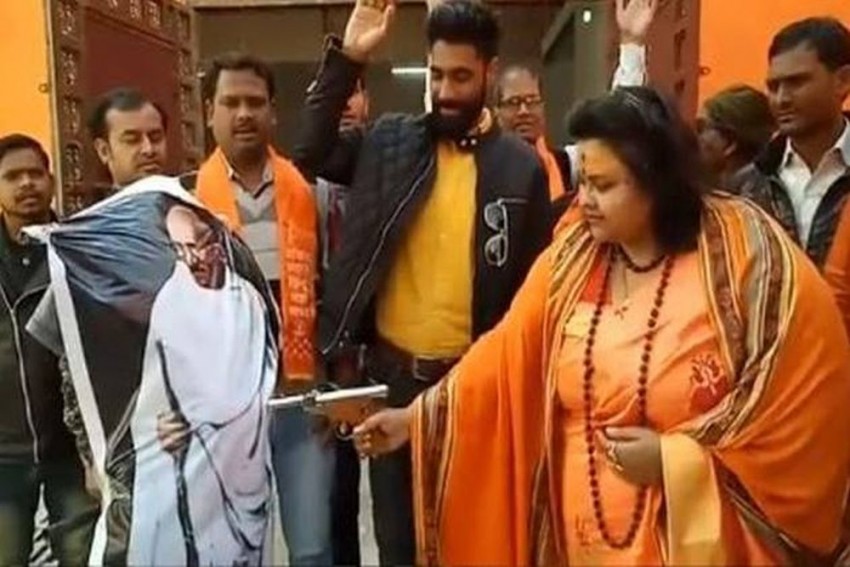 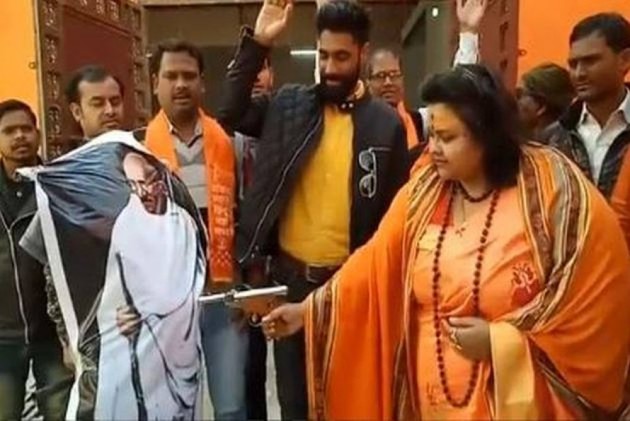 The police on Wednesday registered cases against 13 persons, including a woman leader of Hindu Mahasabha, in Aligarh for firing at an effigy of Mahatma Gandhi with an air pistol, a senior police official said.

"The incident took place in a house in Naurangabad locality of the city. Later, the video of the event went viral on social media," Senior Superintendent of Police of Aligarh Akash Kulhary told PTI.

After the video went viral, a case was registered against 13 persons associated with Hindu Mahasabha including Pooja Shakun Pandey, a woman leader, the SSP said, adding no arrests have been made so far.

The police are conducting raids to nab the accused persons.