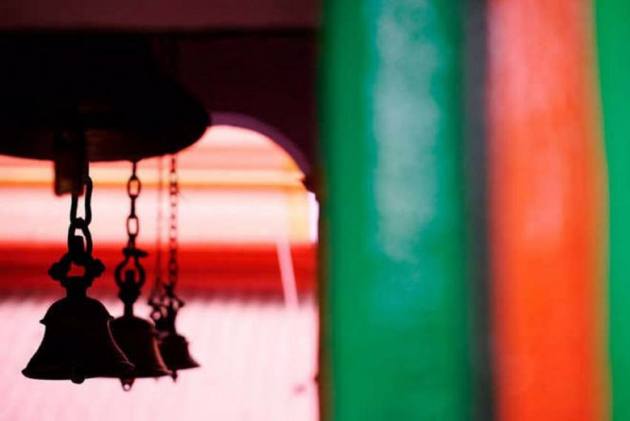 The Hindu community in Pakistan has decided to pardon the mob that vandalised and burned down a century-old temple in Khyber Pakhtunkhwa province.

As per the dialogue, informally called 'jigra', the accused have tendered an apology over the attack and a similar incident in 1997. The Muslim clerics have assured full protection to the Hindus and their rights as per the country's Constitution.

A reconciliation statement from the meeting would be presented to the Supreme Court, in a bid to secure the release of the accused from detention.

On December 30 last year, a mob led by some local clerics and members of radical Islamist party Jamiat Ulema-e-Islam vandalised the temple and an adjoining 'samadhi' and set it on fire in Terri village of Khyber Pakhtunkhwa's Karak district.

Speaking to the media after the meeting with the local Ulema, Pakistan Hindu Council Chairman Ramesh Kumar said the incident had hurt the feelings of Hindus across the world.

Kumar, who is also a Pakistan Tehreek-e-Insaf lawmaker, said KPK Chief Minister Mahmood Khan had chaired the 'jirga' proceedings and thanked him for settling the matter amicably.

Mahmood Khan, in his address to jirga members, had condemned the attack strongly, calling it an attempt to pollute the peaceful environment in the province.

The attack on the temple had drawn strong condemnation from human rights activists and the minority Hindu community leaders, prompting the Supreme Court to order its reconstruction.

Nearly 50 people have been arrested in the case.

Following the incident, India had lodged a strong protest with Pakistan. The Ministry of External Affairs had conveyed its serious concerns to the Pakistan High Commission in New Delhi over the repeated instances of similar incidents and atrocities against the members of the minority community.

India had also called out the Pakistan government at the United Nations, saying the country's enforcement agencies stood as "mute spectators" when a historic Hindu temple was attacked.

In the aftermath of massive international condemnation, the Pakistan Supreme Court had ordered the Khyber-Pakhtunkhwa government to immediately start rebuilding a century-old Hindu temple. The court also ordered the provincial authorities to propose a timeline for the completion.

In January, the apex court had ordered the provincial government to recover the money for the construction of the temple from those who had burnt it so that they could learn a lesson.

The Samadhi of Shri Paramhans Ji Maharaj is considered sacred by the Hindu community. It was built where he died in 1919 in Teri village of Karak.

The controversy over the samadhi erupted many decades ago.

According to the details submitted to the Supreme Court in 2014, in a case about it, the Hindus had been visiting the shrine till 1997 when it was dismantled by the locals.

The apex court in 2014 ordered the Khyber Pakhtunkhwa government to restore and reconstruct the Hindu shrine.

The majority of Pakistan's Hindu population is settled in Sindh province where they share culture, traditions, and language with Muslim residents. They often complain of harassment by extremists.