Ganasidhar-Sungri road in Rohru in Shimla is a lifeline for people living in the high-altitude belt of Khadrala, a height of 10,000 feet. 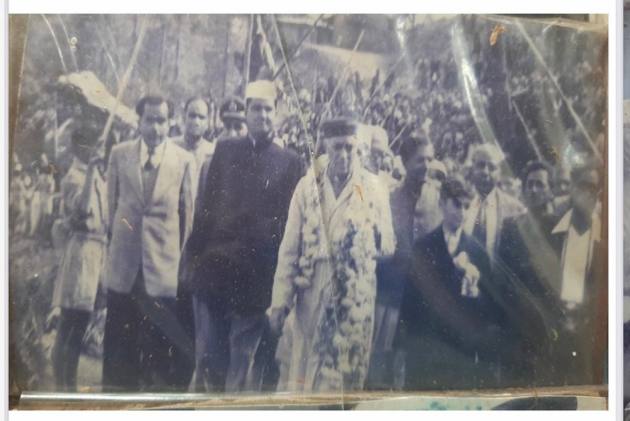 Himachal Pradesh High Court, in its rare judicial intervention, has taken up the cause of a highly neglected yet economically vital road in Shimla’s high altitude Sungri valley, once fondly visited by India’s first Prime Minister Pandit Jawaharlal Nehru in July 1954, almost 70 years back,

Ganasidhar-Sungri road in Rohru in  Shimla which was once part of historic Hindustan Tibet Road and was later renamed as the State Highway No 1, remained a lifeline for the people living in the high-altitude belt of Khadrala, a height of 10,000 feet.

But due to neglect and apathy of the state government, the road -- despite being a vital link for transportation of the apples has never got the attention of the state’s Public Works Department (PWD), and funding agencies.

Taking a note of the PIL filed by Arpit Sharma, who lives at Village Bamnoli, Rohru, a Division Bench comprising Acting Chief Justice Ravi Malimath and Justice Jyotsna Rewal Dua issued notice to State’s Chief Secretary Anil Khachi, Principal Secretary (PWD) Subhashish Panda, and Deputy Commissioner, Shimla Aditya Negi and gave them four weeks to reply on the status of the road and its neglect during past seven decades.

The petitioner has alleged that most of the people in the area are involved in horticulture activities and the Ganasidhar to Sungri Road remains as the lifeline of the horticulturists.

This is the only road that connects them to the nearby market to sell their produce. The condition of this road, upon which the livelihood, agricultural, and tourism activities of the people are dependent, is very pathetic for many years and from time to time the surrounding panchayats have demanded the maintenance of this route but no heed has been paid to their requests.

The petitioner also alleged that the importance of this road can be evaluated from the fact that the first Prime Minister of India Pt Jawahar Lal Nehru also visited this place and the first, and former Home Minister Pandit Padam Dev belonged to this area.

Former Engineer-in-Chief PWD Pradeep Chauhan, who also hails from Sungri, said the road not only happens to be vital for the transportation of the apples and horticulture produce but connects to some of the most beautiful valleys on its three sides starting from Narkanda.

“This road never gets blocked even in monsoon rains or winter snowfall. Only that need is funding and thereafter the road will become a landmark of its kind in coming times” he feels.

Balbir Tegta, a retired IAS officer, whose father preserved rare photographs of Pt Nehru, says the visit of the first Prime Minister was itself a historic event as the people danced to celebrate his arrival and extended full hospitality. Pt Nehru travelled in a jeep and was accompanied by his grandson Rajiv Gandhi (former PM). State's first Chief Minister Y S Parmar and Pt Padamdevi, who remained a home minister in Himachal Pradesh also accompanied.

It is said Pt Nehru inquired from residents and also leaders about converting this road into an alternate route to connect border area with Tibet region.