While the Centre has announced that the third phase of the Covid-19 vaccination drive will begin today, many states have delayed vaccination for the 18-44 age group citing paucity of vaccines 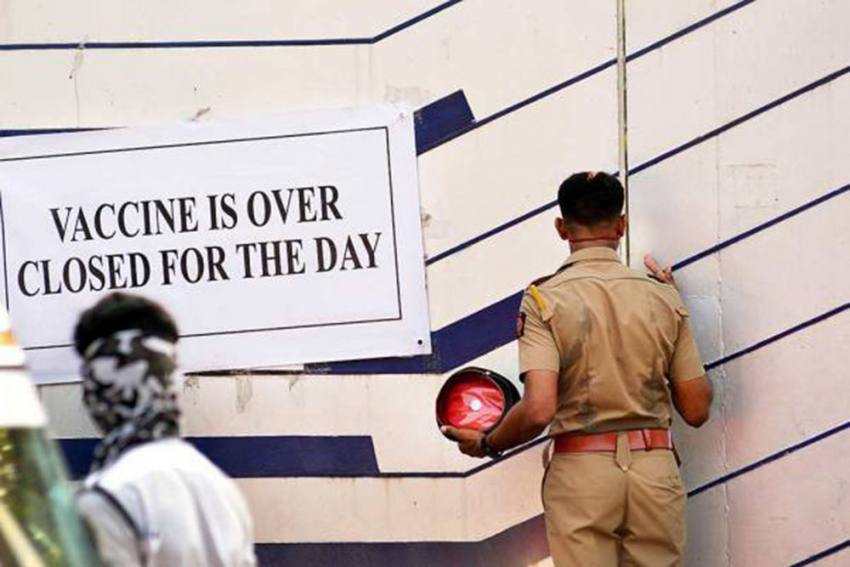 Many states are facing a shortage of Covid-19 vaccines
Dinesh Parab/Outlook
Outlook Web Bureau 2021-05-01T07:06:54+05:30 List Of States That Have Delayed Covid Vaccination For 18-44 Age Group Amid Shortage Of Doses 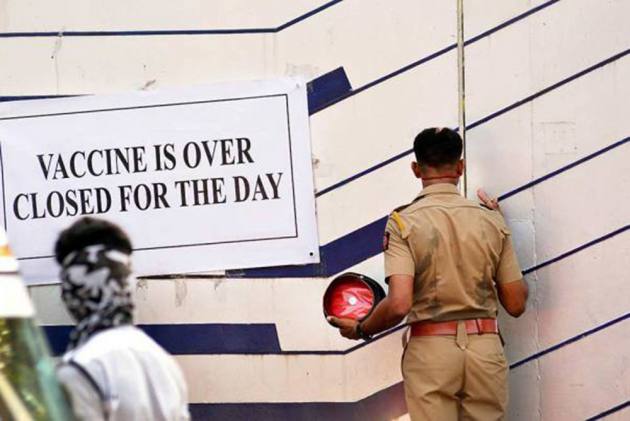 The third phase of the countrywide Covid-19 vaccination drive begins today. Under this phase, all adults will be able to avail Covid-19 vaccines. Prior to this, only those above 45 years and essential, frontline and healthcare workers were able to register themselves for the vaccines.

However, due to a massive shortage of doses, many states have deferred launching the third phase of the drive and said that the 18-44 age group will be inoculated later, when they procure sufficient vaccines.

The Jammu and Kashmir government on Friday said vaccination of people belonging to the 18-44 age group will not begin on May 1 as scheduled. The government said that it will begin from a date to be announced later once the vaccine supply is regulated.

While registration for “#LargestVaccine Drive” of eligible persons in the age group 18-44 opened on COWIN, the actual vaccination will “not begin” from May 1, 2021. It will begin from a date to be announced later once the vaccine supply is established,” a government spokesman tweeted a day after the government issued a statement saying they have enough vaccines and oxygen available.

Delhi Chief Minister Arvind Kejriwal on Friday said required vaccine doses have not been received yet for the third phase of the drive, indicating that the national capital will not join the national-level rollout of Covid-19 vaccination for people aged 18-44 on May 1.

He appealed to the people in the targeted age group not to line up at vaccination centres in the city on Saturday.

In the next one-two days, around three lakh Covishield vaccines will be received and the drive for vaccinating people in the age group 18-44 will commence, Kejriwal said in an online briefing.

Citing a paucity of doses, officials of the West Bengal government said that while the 18-44 age group will not be vaccinated on Saturday, the inoculation exercise for those above 44 will continue.

The West Bengal government had on Thursday urged the Centre to supply at least 3 crore doses for state-run and private hospitals.

While deferring the third phase of the drive, Punjab Chief Minister Amarinder Singh on Friday said that vaccination at all private health facilities in the state will also remain suspended on Saturday.

The chief minister said as the balance of unutilised vaccines had to be returned to the Government of India by all private health facilities by Friday evening, these facilities would have no vaccines to administer from Friday for 45+ population, while they could not vaccinate 18-45 age group as they had no supplies for the same.

Earlier this week, state health minister Rajesh Tope had said that Maharashtra will not roll out the third phase of the drive on Saturday due to shortage of doses. However, the 18-44 age group can avail the vaccines at a few select centres in a few cities such as Pune and Mumbai, where the vaccines are available.

Due to the uncertainty over the supply of Covid-19 vaccines, Covishield and Covaxin, the Tamil Nadu government on Friday deferered its rollout of the massive vaccination drive for the 18-44 years age group on May 1 as originally planned.

Explaining the predicament, Tamil Nadu Health Secretary Dr J Radhakrishnan said on Friday, "instead of waiting till tomorrow (and disappoint people), I wish to clarify (now) that we are unsure when and how much out of 1.5 crore doses of vaccine sought by Tamil Nadu, will arrive."

Kerala Chief Minister Pinarayi Vijayan said on Friday that the state can't decide anything on its own when there is a shortage.

"It has become difficult to decide on vaccination," he said, apparently hinting the inoculation drive may not take off on Saturday.

The Kerala government had on Wednesday decided to procure one crore doses of Covid-19 vaccines, including 70 lakh Covishield jabs, for the third phase of the drive.

Karnataka Chief Minister B S Yediyurappa said the inoculation drive for people in the 18 years plus group will be delayed as the vaccine has not been supplied yet.

"Our Health Minister Dr K Sudhakar has said clearly that the vaccine has not been supplied yet. We will vaccinate people once it arrives," he told reporters.

He dismissed charges that it was a failure on the part of the government for not getting the vaccine beforehand.

Andhra Pradesh too expressed its inability to implement the third phase of inoculation due to shortage of vaccine doses.

Anil Kumar Singhal, principal secretary (medical and health), said the mass vaccination programme will not begin in the state due to the said issue.

A senior official of Telangana health department said though the state government is in touch with the vaccine manufacturers, there is no certainty on when the stocks would be available for the mass vaccination.

"There are no possibilities (of vaccination)...we are in touch with manufacturers also," Telangana Public Health Director G Srinivasa Rao had told PTI. "We are in search of the vaccine. We require around four crore doses," he said.

He said the vaccine manufacturers also could not assure the state government as to when they will be able to supply stocks.

In the union territory Puducherry, the plan to vaccinate those in the said age group, scheduled for May 1, has been shelved for now.

A spokesman of the Department of Health and Family Welfare Services here told PTI that the consignment of vaccines needed for the programme has not arrived and hence the programme is delayed.