A Special Investigation Team (SIT) constituted on September 30, was initially given seven days time to investigate the incident and was asked to submit its report today. However, today the UP government has granted the SIT an extension by 10 more days to file its report. 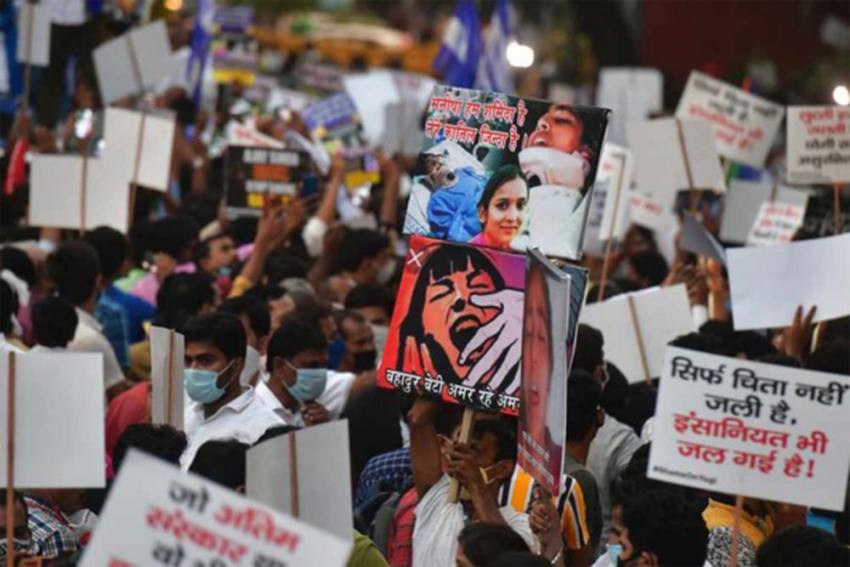 Members of various organizations during a protest against the death of a 19-year-old Dalit woman who was allegedly gang-raped in Hathras, at Jantar Mantar in New Delhi.
Tribhuvan Tiwari/Outlook
PTI 2020-10-07T09:44:40+05:30 Hathras Case: UP Govt Grants Probe Panel 10 More Days To File Report 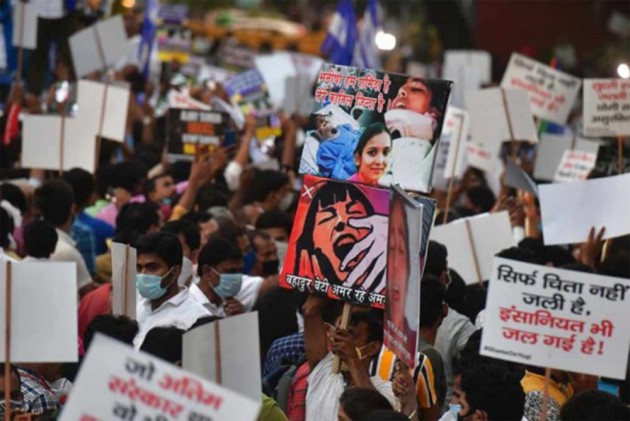 The Uttar Pradesh government on Wednesday has granted the Special Investigation Team (SIT) probing the Hathras incident an extension of 10 more days to file its file its probe report.

"Yes, the SIT has received an extension of 10 more days to file its report in the Hathras case,” Additional Chief Secretary (Home) Awanish Kumar Awasthi told PTI. When asked about the reasons for the extension, Awasthi said that it was because the SIT probe was still incomplete.

The SIT, constituted on September 30, was initially given seven days time. The team was to submit its report today. The SIT is investigating the alleged gang rape and murder of a 19-year-old Dalit woman in UP’s Hathras district on September 14.

The UP government has also sought a CBI probe into the incident. On Tuesday the state government requested the Supreme Court for a CBI enquiry monitored by the apex court to ensure “no vested interests will be able to create fake, false narrative with oblique motives,” with regards to the case. In an affidavit filed in the Supreme Court in response to a PIL, the government said that there have been "orchestrated efforts to malign the image of government on social media by attributing baseless comments and building up a distorted narrative on the Hathras case.”

The Yogi Adityanath government has been severely criticised for its handling of the case, especially after the local police cremated the victim’s body allegedly without the family’s consent. However, officials have claimed that the cremation was done "as per the wishes of the family.”

UP Chief Minister Yogi Adityanath had ordered the investigation amid nationwide outrage after the woman succumbed to her injuries last week. She was allegedly raped by four upper caste in her village.

Yesterday, the three-member SIT visited the woman's village, the fields where she was attacked, and the site of cremation. The team was accompanied by a forensic expert.