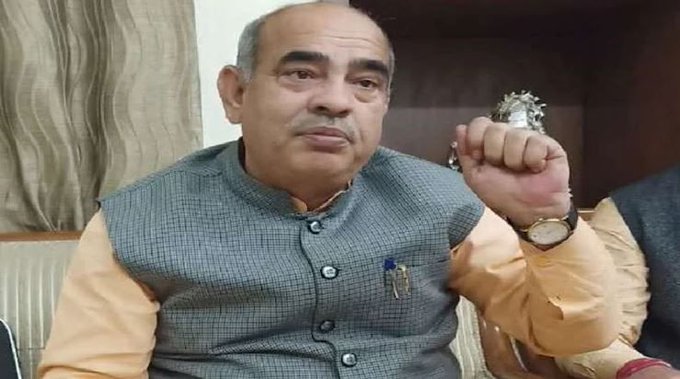 The speaker had mandated a coronavirus test for all MLAs, Assembly staffers and officials ahead of the session beginning August 26.

Sharma, a BJP MLA from Ballabgarh in Faridabad district, said he was asymptomatic and appealed to all those who had come in contact with him to get themselves tested.

“Until Tuesday morning, I've had no symptoms. I am not running fever, my throat is clear, there is no runny nose and there are no flu-like symptoms. As of now, I have isolated
myself at home,” Sharma told PTI over phone.

The state's transport minister had on Monday carried out a surprise inspection of a bus stand in his assembly constituency.

Former chief minister Bhupinder Singh Hooda, who is leader of opposition in the Assembly, has tested negative for the infection, sources said.

Khattar's test report came on Monday, six days after he had attended a meeting with Union Jal Shakti Minister Gajendra Singh Shekhawat, who was later found COVID positive. The
chief minister reached Gurgaon on Monday night from his official residence in Chandigarh

With the speaker too positive for the disease, Deputy Speaker Ranbir Gangwa will be presiding over the House proceedings.

The speaker had made it mandatory for anyone entering the Assembly complex for the monsoon session to show a COVID-19 negative certificate, which should not be older than three days. This was done on Health Minister Anil Vij's  suggestion.

The seating arrangement in the House has also been changed to ensure social distancing, officials said.

Haryana Assembly has a strength of 90 members.

With 1,074 fresh cases, the state's COVID-19 tally is 55,460, according to the health department's daily bulletin on Monday.

Vij on Friday said all offices and shops, except those providing essential services, will remain closed every Saturday and Sunday in the wake of the increase in COVID-19 cases
in the state.