Workers at medical equipment companies, scrambling to step up production to fight COVID-19, are being harassed by cops and landlords. 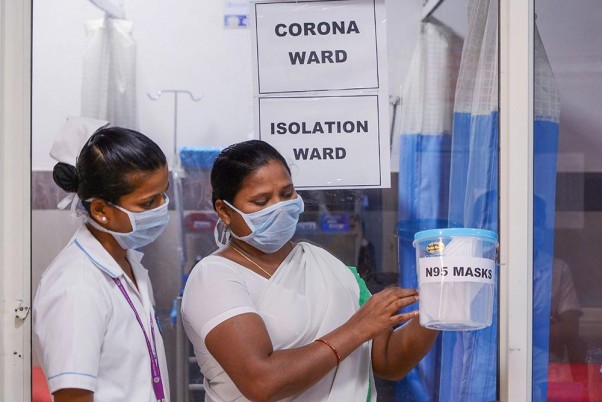 Indian medical devices manufacturing companies, some of which are waiting for government approval to start manufacture of coronavirus testing kits, are facing a new hurdle in their efforts to step up production. Many workers at these plants are facing problems from police and landlords, who fear that they may become carriers of Coronavirus.

“What is now required is sensitising the local police and landlords. We have to step up production at this critical juncture when there is need for more and smoother supplies of medical equipment,” says Dr Rajiv Nath of Association of Indian Medical Device Industry (AIMED) which has over 350 members nationwide.

This comes at a time when things seemed hopeful for some of the medical devices companies who are awaiting government approval to commence production. According to Nath there are five or six Indian testing kit manufacturers who have submitted proposals to Central Drugs Standard Control Organization (CDSCO) as well as the Indian Council of Medical Research (ICMR) for approval. Once they get the go ahead, the kits should soon come into the supply chain.

These testing kits, much like the generic drugs produced by Indian companies, are expected to cost at least Rs. 600 less than what the government is currently incurring for imports from Germany and other countries. Realising the need to step up domestic production and reduce import dependence, the government last week announced plans to set up medical devices and pharmaceutical manufacturing zones and provide productivity linked incentives.

Get all the updates on coronavirus pandemic here.

Earlier this month two medical testing kits manufacturers — Altona Diagnostics and MY LAB — were also granted approval to commence production. What has however upset Indian manufacturers is that both these companies have foreign linkage. One is a German company and the other is an American company with US FDA approval.

Following strong industry reaction to insistence on US FDA or CE (European certification) before they are allowed to make medical kits in India, the prime minister has given directives to set up a committee for fast track approval of indigenous manufacturers who meet required standards.

ICMR has also announced that Indian manufacturers can produce testing kits and supply to private and government laboratories after getting validation from Pune-based National Institute of Virology, even if they don’t have approval from the US FDA and European CE.

Another interesting development is that the Centre for Cellular and Molecular Biology (CCMB) is working overtime on the development of cost-effective and accurate diagnostic kits for wide distribution. “We are helping our incubating companies; they have come out with ideas and we are supporting them. We are testing and validating the diagnostic kits proposed by them. We may come up with some kits in about 2-3 weeks if everything goes well,” says Dr R K Mishra, Director, CCMB, in a statement.

The Indian medical kits makers need all the support and encouragement at this hour, when they are scrambling to make available surgical gloves, ventilators and other testing kits, not beatings by cops or ostracisation by the society.

65-year-old Kashmiri Man Dies Due To Coronavirus; Four Others, Who Were In Contact With Him, Test Positive