The prime minister said India-US ties are no longer just another partnership, but is a far greater and closer relationship 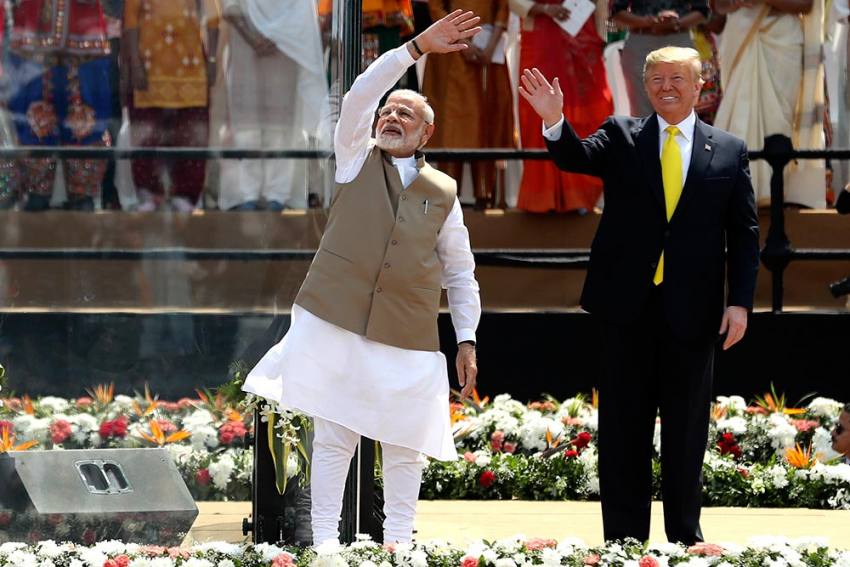 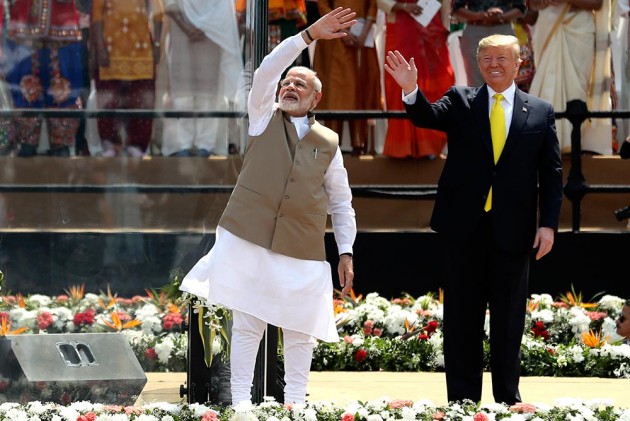 Prime Minister Narendra Modi on Monday asserted mutual trust and strong ties between India and America as he concluded the joint address by him and US President Donald Trump at Ahmedabad's Motera Stadium.

PM Modi, who took the mike for the second time after Trump finished his speech, thanked the US President for what he said about "India, Mahatma Gandhi, Vivekananda and Sardar Patel".

"He has given respect not just to Indians, but also Indians living in the US," said Modi at the grand event of "Namaste Trump".

The prime minister said a "new history" is being created and asserted that foundations of new alignments, challenges, opportunities and changes are being laid.

"India and the US relations and cooperation will play an important role in deciding the course of world in the 21st century. I am of the categorical view that India and the US are natural partners," he told an estimated one lakh-strong audience who broke into cheers frequently.

Underlining that "Trust is the basis of friendship," the prime minister said, "In past few years, the trust between India and America has only increased."

He recalled that Trump had once told him "India has a friend in the White House".

Modi said President Trump's visit is a new chapter in the relations between India and America. "A chapter that will become a new document of progress and prosperity of the people of America and India," he added.

Modi said India and America will fulfill their dreams together.

"We are together in our fight against terror. We are inspired by a long term vision. Our cooperations will grow and we will fulfill the dreams of our nations," he said.

"There is so much that we share, like shared values and ideals, a shared spirit of enterprise and innovation. Shared opportunities and challenges, shared hopes and aspirations," said PM Modi.

Trump, in his speech, affirmed the continuation of a strong Indo-US relationship and said, "America Loves India. America respects India and will always remain a loyal friend."

Earlier, the PM welcomed US President Donald Trump on a mega stage at Ahmedabad's Motera Stadium to resounding applause from a 100,000-strong crowd.

The two leaders hugged each other twice before the PM took to the dais. "I think today we can see history being repeated. Five months ago, I started my US trip with 'Howdy Modi' and today my friend President Donald Trump is starting his Indian trip with 'Namaste Trump' in Ahmedabad," he said.

"This is Gujarat but the entire country is enthusiastic in welcoming you," Modi said addressing Trump.

Also Read | 'Hero Not Just To India But...': As Trump Ignores Gandhi, Here Is Obama's 2010 Tribute To Mahatma

The prime minister said India-US relations are no longer just another partnership. "It is a far greater and closer relationship now. One is the 'land of the free' the other believes the world is one family. One feels proud of 'statue of liberty' the other feels proud of the 'statue of unity'."

In the evening, the US President will depart for Agra to catch a glimpse of the Taj Mahal, one of the seven wonders of the world, before sunset with his wife.