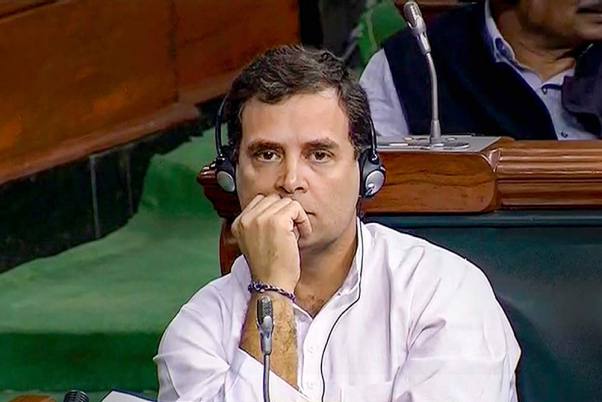 Congress leader Rahul Gandhi on Wednesday attacked the government over the state of the economy and said it needs to give money to the poor to restart the economy through consumption.

His attack on the government came after the Reserve Bank of India (RBI) said on Tuesday that demand in the economy will take quite some time to mend and that an assessment of aggregate demand during the year so far suggests that the shock to consumption is severe.

"RBI has now confirmed what I have been warning for months. Govt needs to: spend more, not lend more," Gandhi said.

"Give money to the poor, not tax cuts to industrialists. Restart economy by consumption," the former Congress chief tweeted.

In its latest annual report, the RBI said "deep-seats and wide-ranging" reforms are needed to regain losses and return to the path of sustainable economic growth.