Opposition MPs Rajya Sabha are set to protest against the farm Bills and the suspension of MPs this afternoon as well. 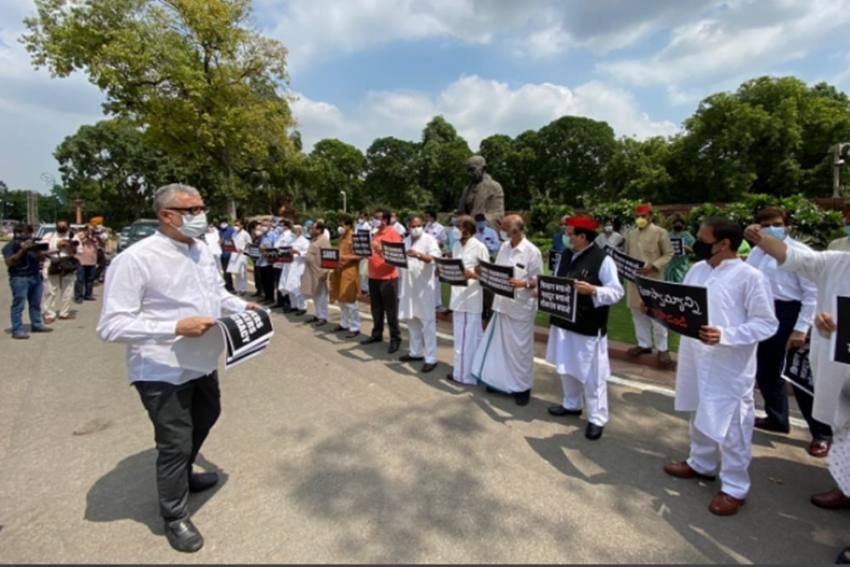 Around 16 Opposition parties had submitted a memorandum to the President on these issues.
ANI/Twitter
PTI September 23, 2020 00:00 IST Ghulam Nabi Azad To Meet President Kovind Over Farm Bills, Opposition Stages Protest 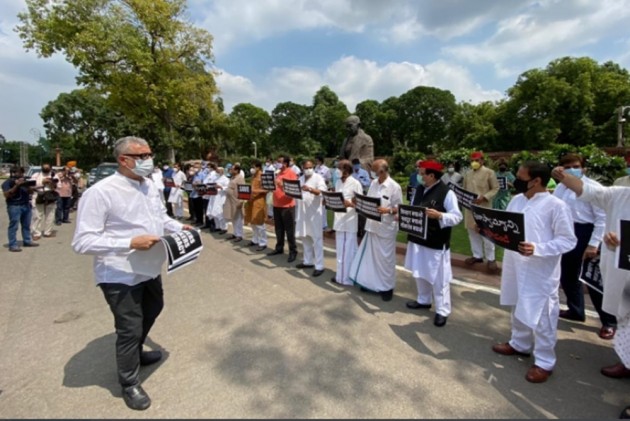 Congress MP and Leader of Opposition in Rajya Sabha Ghulam Nabi Azad will meet President Ram Nath Kovind at 5 pm on Wednesday over the farm Bills and the suspension of the eight MPs, sources said.

"The President has given us time and the LoP in Rajya Sabha Ghulam Nabi Azad will meet him at 5 pm," a senior Opposition leader told PTI.

Around 16 Opposition parties had submitted a memorandum to the President on these issues.

Earlier, it was decided that due to the COVID 19 pandemic, only five representatives of Opposition parties — Congress, TMC, SP, TRS and DMK — will attend the meeting, depending on their strength in Parliament.

However, the TMC requested their spot be given to a smaller party, saying the fight against the farm Bills was a united effort and did not depend on the number of MPs of a particular party in the House.

It was then decided that a representative from either the Shiv Sena or the NCP will join the delegation.

However, during a meeting of Opposition Rajya Sabha MPs on Wednesday, it was decided that only the Leader of Opposition will attend the meeting, sources said.

The Opposition parties were unanimous that they did not want to leave any party out, but they also wanted to follow all COVID-19 protocols, they added.

When asked about the TMC’s willingness to accommodate a smaller party in its place, its Rajya Sabha leader Derek O'Brien said, “All Opposition parties have been working hard unitedly to fight for farmers, workers and for saving democracy. The suggestion is a small gesture of solidarity from the Trinamool. It’s not just about numbers in Parliament. It’s the spirit”

Opposition RS MPs are set to protest against the farm Bills and the suspension of MPs this afternoon as well, while the Opposition leaders in the Lok Sabha are planning to meet at 2 pm to decide on a dharna, sources said.