While the country's GDP was stated to have grown at 7%, the actual growth, according to the latest research carried out by Subramanian, may have been around 4.5%. 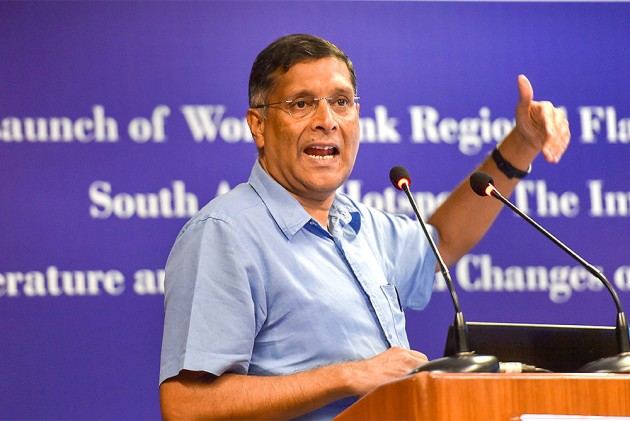 Former Chief Economic Adviser Arvind Subramanian has said the GDP growth of India was overestimated by 2.5 per cent between 2011-12 and 2016-17 due to methodological changes.

While the country's GDP was stated to have grown at 7%, the actual growth, according to the latest research carried out by Subramanian, may have been around 4.5%.

In an article published in The Indian Express based on his latest research, he expounded the overestimation of GDP and its impact on the prospective investment and crisis control.

"My results indicate that methodological changes led to GDP growth being overstated by about 2.5 percentage points per year between 2011-12 and 2016-17, a period that spans both UPA and NDA governments," Subramanian, who was the chief economic advisor to the government from 2014-18, said.

He, however, denied there was anything "political" behind the overestimation of figures.

But the senior economist explains that inaccurate statistics on economy's health dampen "impetus for reform".

Shedding light on the current crisis in the banking sector, Subramanian says, "For example, had it been known that India’s GDP growth was actually 4.5 per cent, the urgency to act on the banking system or on agricultural challenges may have been greater."

Commenting on his role as the chief economic advisor, he said throughout his tenure he and his team encountered conflicting data.

"We raised these doubts frequently within government, and publicly articulated these in a measured manner in government documents, especially the Economic Survey of July 2017," he said.