Freeze Frames In Lakhimpur Kheri: A Charred SUV, Toys On A Cart And A Young Man In A Red T Shirt

After the dust settles, violence leaves behind scars that are difficult to heal. A photojournalist's diary of Lakhimpur Kheri

Several thoughts were running in my head as I was moving towards Lakhimpur Kheri. How would I get the sort of images that hadn't already been clicked by other journalists over the past one week and would stay relevant for at least the next seven days? On reaching the spot, however, there were moments when I found people and their circumstances in perfect alignment. Images that while remaining within the news cycle also, in many ways, went far beyond them. The images that you see in this essay are the result of several such coincidences.

At the spot itself, where four farmers were mowed down by a car on October 3, we found a forensic lab team meticulously combing the area, collecting evidence. Standing right there you couldn’t tell that this was the very place where so many lives were lost that day. Tikonia village of Lakhimpur Kheri felt eerily calm. That was owing maybe to the fact that the victims of violence, such as the Sikh man who came here all the way from Bahraich, lived far away. So an outsider, such as me, did not sense any palpable rage on the ground. 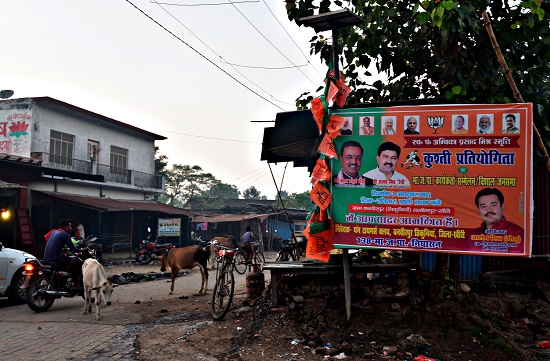 A hoarding of accused Ashish Mishra at Tikonia

But I did find a deep sense of loss. When I saw the young son of the journalist, Raman Kashyap, who was also killed in the violence, it was difficult to imagine how he would reconcile to the loss of his father. Kashyap’s son still believes the last words of his father, that he has gone out to buy samosas for him. Just as we were preparing to leave Kashyap’s house a senior official came to hand over the cheque of compensation, that the state government had issued, for his wife. She seemed to be still in a state of shock, still trying to come to terms with the events that had unfolded before her over the past 10 days. 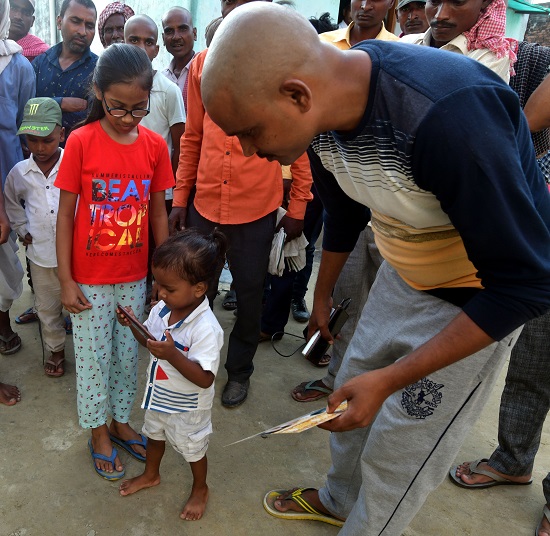 The house of Union Minister Ajay Mishra, whose son Ashish Mishra is the main accused in the murder of four farmers and a journalist, is a short drive away from Tikonia village. While we couldn’t find anyone inside the house, Ashish Mishra seemed to be omnipresent in his neighbourhood which was inundated by hundreds of election banners and hoardings bearing his name and photo. It felt like the assembly polls were days not weeks away.