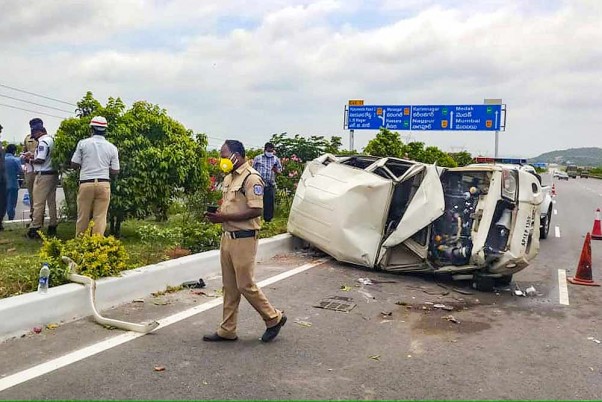 Four people died on Saturday as their car rammed into a state transport bus on the Yamuna Expressway in Uttar Pradesh's Greater Noida, police said.

A fifth passenger of the car was hospitalised with severe injuries after the road crash took place around 6.45 am in the Beta 2 police station area, they said.

"The incident took place around one-and-a-half kilometres prior to the Zero Point. The vehicle was on the Agra-Noida lane on the expressway. The Toyota Innova rammed into the roadways bus from behind after which four of its five occupants died on the spot," a police spokesperson said.

"One passenger was left with severe injuries and has been hospitalised," the official said.