The incident took place Wednesday evening amid the nationwide backlash on Kashmiris following the February 14 terror attack in Pulwama. 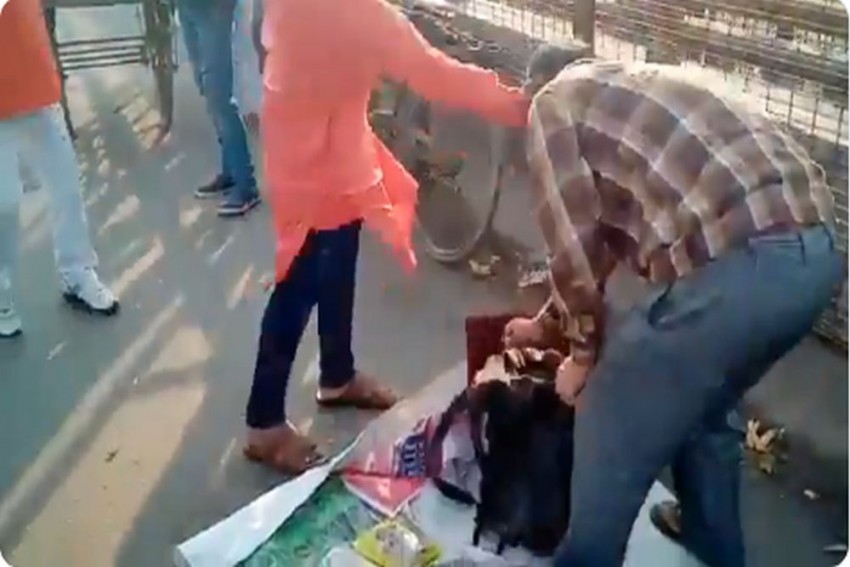 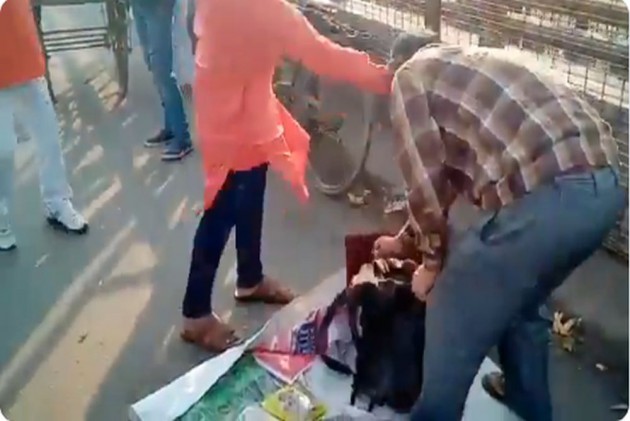 Four men were arrested in connection with an incident of assault on Kashmiris selling dry fruits in Daligank locality of Lucknow in Uttar Pradesh which was caught on the camera.

The incident took place Wednesday evening amid the nationwide backlash on Kashmiris following the February 14 terror attack in Pulwama.

SHOCKING: Some goons in saffron kurtas throttle, assault a Kashmiri dry fruit seller in Lucknow. Passersby come to rescue of the Kashmiri. Case yet to be registered.

"The Kashmiri youths were selling dry fruits on Daliganj bridge and a group of men beat them up, terming them as stone pelters," Senior Superintendent of Police (SSP) Kalanidhi Naithani told reporters in Lucknow on Thursday.

He said after an "alert citizen" made the video, the matter came to light after which police teams swung into action and arrested the main accused, Bajrang Sonkar, who has more than a dozen criminal cases including that of murder, loot, theft and arms act pending against him.

On his tip-off, three others -- Himanshu Garg, Aniruddh and Amar Kumar -- were also arrested on Thursday, the SSP said.

About the victims, he said they were Abdul and Afzal of Kulgam, Jammu and Kashmir, who come here during winters to sell dry fruits.

Naithani said police wanted to give a stern message that such acts would not be tolerated and those involved will be brought to book.

The victims were attacked with sticks by saffron-clad men, the video of which has gone viral.

The locals, however, rushed to their rescue and informed the police.

An FIR was lodged in this connection at Hasangaj police station under various sections of the IPC, including 153 (wantonly giving provocation with intent to cause riot), 307 (attempt to murder), and Criminal Law Amendment Act.

Sonkar claims to be the president of the Vishwa Hindu Dal.

Incidents of harassment of Kashmiris, especially students and traders, have been reported from various parts of the country after the Pulwama terror attack on February 14.

The two Kashmiris, who were beaten up, later told media persons that they were satisfied with the police action, which they termed as prompt.

Chidambaram Demands Publication Of All Documents Related To Rafale Deal