A family doctor confirmed Kumar had early symptoms of Alzheimer’s, a disease he apparently inherited from his mother. 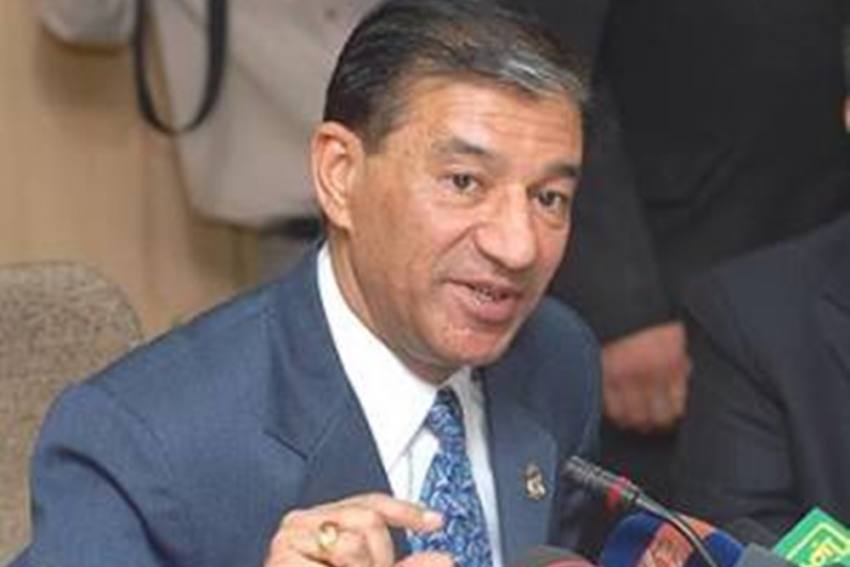 Former CBI Director Ashwani Kumar died by suicide on October 7. He was found hanging at his home in Shimla.

A one-page suicide note left behind by him and his medical prescription kept nearby tell the story behind his suicide,  which has left his family and many others in shock.

Director General of Police Sanjay Kundu confirmed that investigations by the police,  including statements of the family members, clearly show that Ashwani Kumar was suffering from depression and had also been on medication, and that there were no signs of foul play  in the death.

The former CBI Director has also hinted at depression in his suicide letter.  “I am fed up with my disease and disability. I don’t want to be a burden on my family. There is no point to carry on with life. My soul will soon embark upon a new journey. No weeping, no crying over my demise. No rituals and no ceremonies. Call the police and handover my body for medical experimentation. God bless you all. Bye-Bye for ever,” he wrote.

Close family members admitted that they had oberved some  behavioural changes in him, particularly when  he was compelled to spend six months in Mumbai due to the nationwide lockdown.

Staying cooped up in a two-room flat in Mumbai --where his son Abbhishek and daughter-in-law work --- left him quite frustrated, and he  missed a clean environment and long strolls on Shimla roads, they said.

A family doctor also confirmed early symptoms of Alzheimer’s –a disease he apparently inherited from his mother. The COVID-19 induced anxiety and stress caused greater complications and the family eventually sought specialised medical advice in Mumbai.

The family speculates that he feared that Alzheimer's could lead to unpredictable behavioural changes in him and that he would eventually become a burden on  the family. He had started reading spiritual and  motivational literature, and talked about strange things, they said.

As he was keen to return home, his entire family including his wife Chanda, son and daughter-in-law also accompanied him to Shimla after restrictions on inter-state mobility were lifted.

“A month of stay in Shimla perhaps did not help us much though he did feel at home in Shimla environment,” said his son Abhishek Kumar. "With us, he has always been warm, courteous and cool. He was in good health. Yet, we knew he couldn't be left alone as age was also catching on him. ”

His mortal remains were consigned to flames with full state honours on Thursday afternoon after a postmortem was conducted at Indira Gandhi Medical College (IGMC) hospital. The postmortem report has confirmed hanging as the cause of his death. The police said his last wish to donate his body organs for ‘experimentation’ at the medical college, could not be fulfilled.

“We took the views of the family on this. A decision was taken to perform the last rites,” said Mohit Chawla, Superintendent of Police.

Kumar had served as Governor of Manipur and Nagaland, and earlier as Director General of Police Himachal Pradesh —a tenure known for sweeping reforms in the police.

Before taking the extreme step he had visited the local temple in the day, and then went to the top floor (attic) of the house on pretext of meditation. His body was found hanging from the ceiling  around 7.10 pm by his son Abhishek Kumar.

Born in a small village in Sirmaur district in a humble family, Ashwani Kumar had risen to the highest post, which no other civil servant in Himachal Pradesh has been able to attain till now. He had served the elite Special Protection Group (SPG) as its DIG when Rajiv Gandhi was Prime Minister. This also brought him close to Gandhi family. Sonia Gandhi and Rahul Gandhi wrote separate condolence letters to his wife on his demise.

“I feel Ashwani Kumar, who was a great police leader, a role model and the finest human being, faltered in the final act. Giving up was not at all his hallmark. His sterling contributions will be remembered by all contemporaries besides by the future generations. I will always remain indebted to him,” former DGP I D Bhandari said.

Extending his deepest condolences,  the President of India Ramnath Kovind wrote : "In his long career as IPS officer, Ashwani Kumar distinguished himself as an officer known for his professionalism, competence and integrity that earned him well deserving medals including President's medal in 1999. He has served the Himachal Pradesh government, Government of India with utmost distinction, dedication and devotion".

In Shimla, he was known as the "gentleman-next-door". He had also had brief stint at O P Jindal University, Sonepat (Haryana) and was Chancellor of APG Shimla University.