For The New Indian Prime Minister, Maldives Could Be First Port-Of-Call

Policy planners in Delhi feel India should take advantage of the small window of opportunity that opened in the Maldives after the last year’s presidential elections. 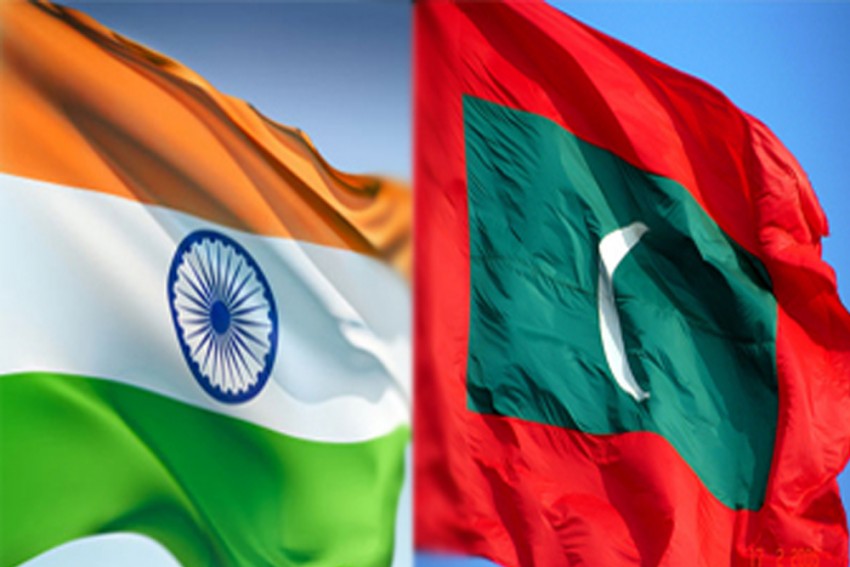 National flags of India and the Maldives.
Pranay Sharma May 17, 2019 00:00 IST For The New Indian Prime Minister, Maldives Could Be First Port-Of-Call 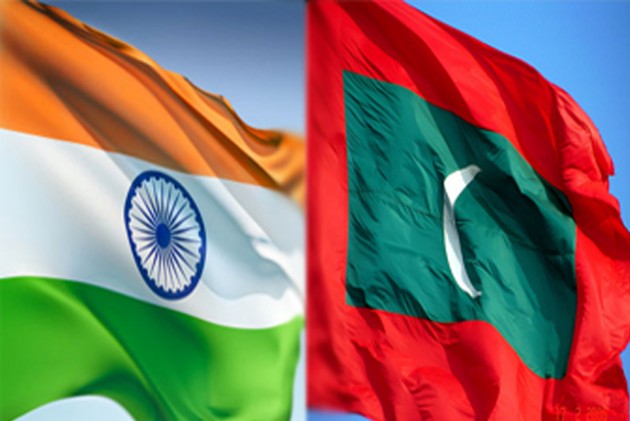 outlookindia.com
2019-05-17T16:02:30+0530
If everything moves according to South Block’s script, then the Maldives, the smallest among the South Asian nations, could be the first port-of-call for the new Indian Prime Minister.
The strategically located atoll on the Indian Ocean is extremely important for India and many other countries. Major global players had also expressed their interest in the Maldives as many important sea lanes of the Indo-Pacific pass through this island-nation.
Policy planners in Delhi feel India should take advantage of the small window of opportunity that opened in the Maldives after the last year’s presidential elections.
The first foreign visit by the new prime minister, who will be sworn in after May 23 when the Indian parliamentary election results are declared, will convey a very important message to the Maldives.
“Choosing a country as the first foreign visit by a new Prime Minister helps in conveying to the host how important it is in the visiting leader’s scheme of things,” says a senior Indian diplomat. “The signal goes out not only to the leadership but also the people of the country,” he adds.
India had played a key role in bringing Mohamed Nasheed as the first democratically elected president of the Maldives in 2012, but its influence over the country’s leadership waned in subsequent years. The pro-China regime that came afterwards ensured that Male moved far away from Delhi’s sphere of influence and build a closer relationship with Beijing.
While Indian investments like GMR, which had built the country’s commercial airport suffered, Chinese business flourished under the anti-Indian policy of Maldivian President Abdulla Yameen. But Yameen’s anti-democratic policies, where he locked up key members of the opposition and the growing financial debt to China—about $ 1.5 billion that totalled to 75 per cent of the country’s foreign debt—began to change the mood in the Maldives.
Under pressure and scrutiny of the international community, Yameen was forced to hold a free and fair election in September 2018 which he lost to the united opposition candidate, Ibrahim Solih. The importance of the victory to Delhi was evident when Indian Prime Minister Narendra Modi became the only foreign leader to be present at Solih’s inaugural ceremony in November 2018. A month later, Solih came to India on his maiden foreign visit, and in February, Mohamed Nasheed toured Delhi to further strengthen bilateral ties between the two sides.
Nasheed had subsequently won a landslide victory in Maldives parliamentary polls and is now the country’s Prime Minister. With both the President and the Prime Minister in the Maldives not only enjoying a close friendship among themselves but also keen on solidifying Indo-Maldivian relations, a visit by the new Indian Prime Minister to Male now looks increasingly obvious and relevant.
Though much of the preparation for this proposed visit has been done with the assumption that Modi is returning to power, the dates of the tour could only be finalized and announced after a new government is installed in Delhi.
While South Block mandarins are certain that if Modi is India’s next prime minister, he will opt for the Maldives as his first foreign trip, there is also anxiety if they are proven wrong. If a new prime minister comes in his place there is no guarantee that he will go according to the foreign policy establishment’s assessment. It is possible; the new prime minister then may choose a country ignoring the Maldives as his or her first maiden foreign visit.
If that happens, Maldives may have to patiently wait for its turn. On the other hand, if the prime ministerial visit takes place according to South Block’s script, it could play a crucial role in deepening and strengthening Delhi-Male relations for the days to come.