Section 144 has been imposed at 10 locations in Northeast Delhi after several police personnel were injured in the clashes. 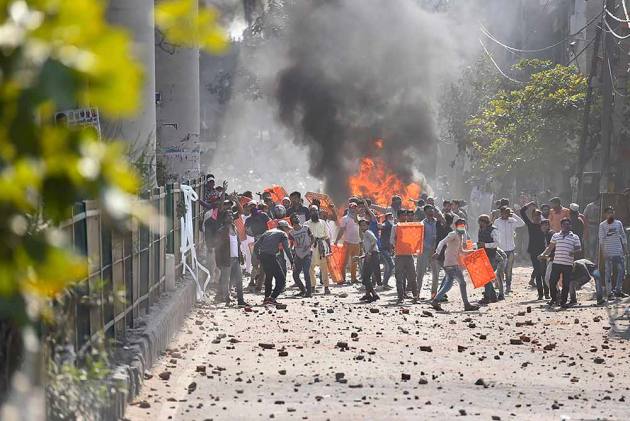 A civilian and a head constable were killed on Monday as tensions between the pro and anti-CAA protesters continue to escalate in northeast Delhi's Jaffrabad and Maujpur area, news agency IANS reported. At least two houses and a fire tender were set ablaze by angry demonstrators, who hurled stones at each other, news agency PTI reported.

Ratan Lal was attached to the office of the Assistant Commissioner of Police, Gokulpuri, a police official said. Several police personnel sustained injuries in clashes, he said. Violence was also reported from the Chandbagh area in Jaffrabad.

Deputy Commissioner of Police (DCP) of Shahdara, Amit Sharma, was also injured during the clashes and he has been hospitalised. According to officials, Sharma suffered injuries to his head and hand.

There was heavy stone pelting in Maujpur, while police baton-charged to disperse protesters in Jaffrabad. Shops and houses were vandalised and set on fire in Maujpur and Bhajanpura.

A protestor was also seen moving towards a Delhi Police personnel with a gun in his hand. He shot a few rounds in the air.

According to officials, a fire tender was damaged by the protesters after it responded to a fire call in the area.

Meanwhile, Section 144 CrPC has been imposed at ten locations in Northeast district of Delhi, police said. 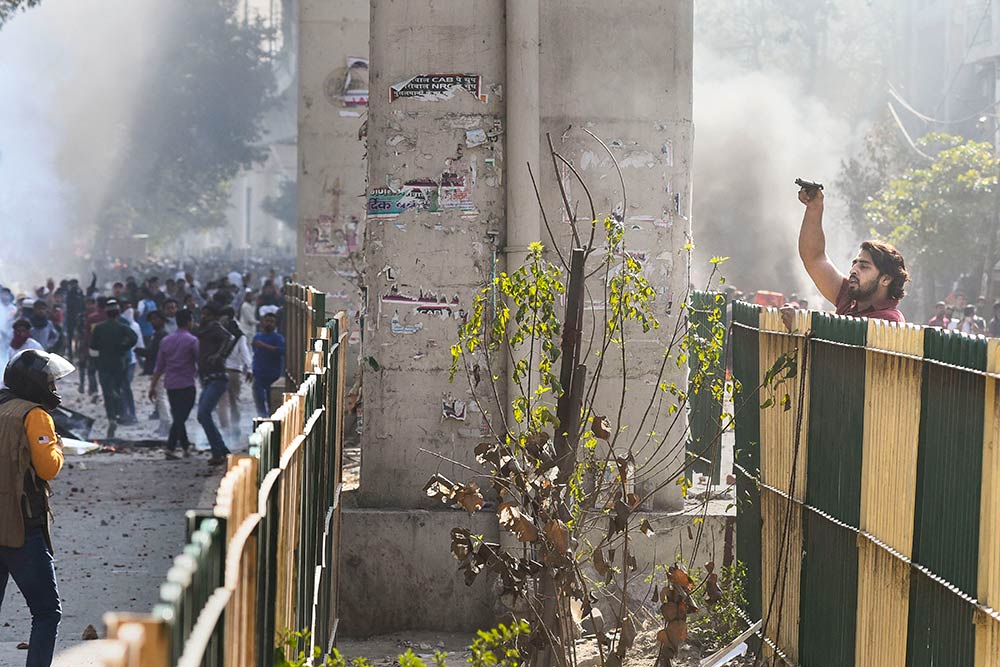 Ved Prakash Surya, DCP (North-East), told reporters they had spoken to both sides. "Now the situation is calm. We are continuously speaking to people and the situation is under control," Surya said.

Delhi chief minister Arvind Kejriwal reacted to the rapidly developing situation and urged home minister and L-G to restore law and order in the city.

Very distressing news regarding disturbance of peace and harmony in parts of Delhi coming in.
I sincerely urge Hon’ble LG n Hon'ble Union Home Minister to restore law and order n ensure that peace and harmony is maintained. Nobody should be allowed to orchestrate flagrations.

Deputy CM Manish Sisodia took to Twitter to urge people to maintain peace and said, "The fire of violence inflict damages that cannot be compensated ever."

Delhi BJP chief Manoj Tiwari said, "I request all the citizens to exercise restraint in view of the increasing disturbance in Jafrabad, Yamuna Vihar, Karawal Nagar and other surrounding areas of North East Delhi. Avoid any kind of rumors and maintain peace in Delhi."

Taking stock of the situation, L-G Anil Baijal instructed Delhi Police commissioner to maintain law and order in the city and urged everyone to exercise restraint.

"Instructed @DelhiPolice and @CPDelhi to ensure that law and order is maintained in North East Delhi. The situation is being closely monitored. I urge everyone to exercise restraint for maintenance of peace and harmony," Baijal tweeted.

Delhi minister and Babarpur MLA Gopal Rai also urged the people in the area to maintain peace, saying some people were purposely trying to disturb the atmosphere.

The Delhi Metro closed entry and exit at the Jaffrabad, Maujpur-Babarpur, Gokulpuri, Johri Enclave and Shiv Vihar stations as an uneasy calm prevailed in the area.

"Entry & exit of Jaffrabad and Maujpur-Babarpur are closed. Trains will not be halting at these stations," the Delhi Metro Rail Corporation (DMRC) said in a tweet.

Entry and exit were closed at the Jaffrabad metro station for over 24 hours.

Clashes broke out on Sunday evening between pro and anti-CAA groups near Jaffrabad after a large number of people protesting against the Citizenship (Amendment) Act (CAA) blocked a road, while similar sit-ins were launched in several other parts of the national capital.