Heavy rains battered the Himalayan states of Uttarakhand and Himachal Pradesh, claiming 35 lives so far and leaving many stranded. 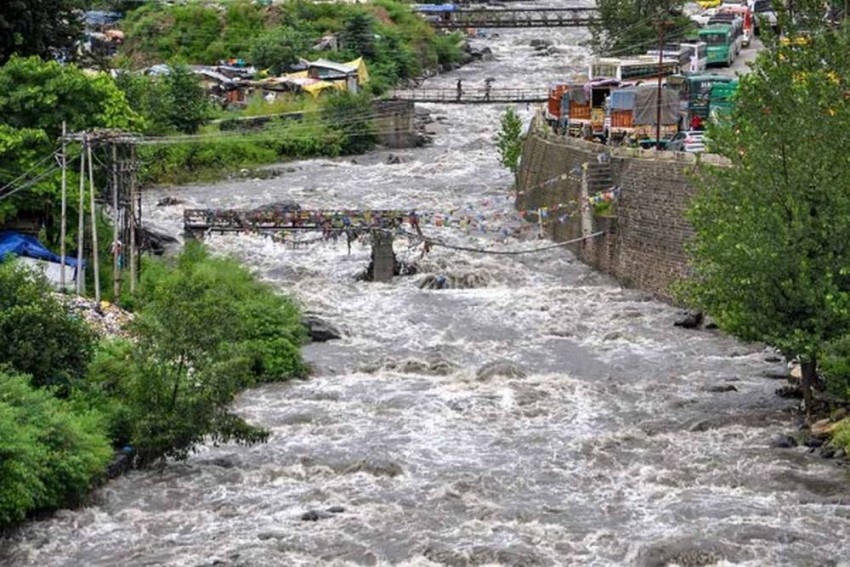 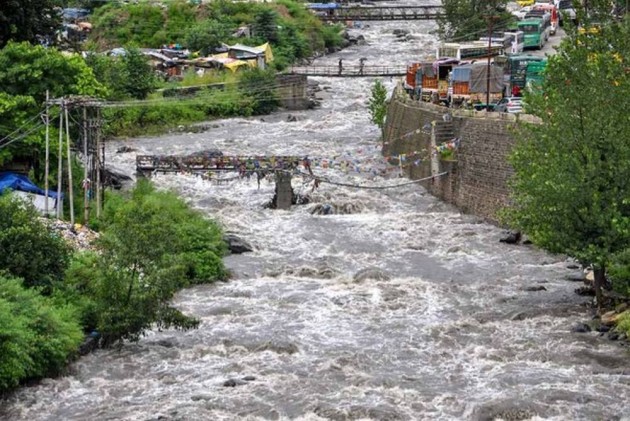 Heavy rains battered the Himalayan states of Uttarakhand and Himachal Pradesh, claiming 35 lives so far and leaving many stranded, while a flood-like situation prevailed in many parts of Haryana, Punjab and Jammu and the Yamuna breached the danger level in New Delhi.

Three more people lost their lives in Himachal Pradesh where torrential rains over the weekend have caused floods and landslides, destroying houses, damaging water lines and leaving hundreds of people stranded. With this the toll has climbed to 25 and the weather office has forecast that there will be no let up in rains till Tuesday.

Over 500 people are stranded as several roads are blocked by landslides and flash floods, officials said. The rains have so far caused damage adding up to Rs 574 crore, according to a state government spokesperson.

The incessant rainfall for the last two days damaged water pipes and hit supplies in Kangra district, another official said on Monday.

He said the water supply lines were being restored but it may take two or three days.

The scale of devastation caused by heavy rains in Uttarakhand's Uttarkashi district unfolded on Monday with the recovery of more bodies from different villages, taking the toll to 10 while six people were still missing.

Several houses and hectares of agricultural land were washed away as rains hit more than a dozen villages in Mori block of Uttarkashi which borders Himachal Pradesh in the early hours on Sunday.

Search and rescue operations, which were hampered by bad weather on Sunday, resumed on Monday amid relatively clear weather in the affected area with three helicopters including one from the IAF pressed into service to take relief material including food packets and essential medicines to people.

"Ten bodies have been recovered from rain-hit areas of the district so far while six are still missing," Disaster Management Secretary Amit Negi and IG SDRF Sanjay Gunjyal said at a joint press conference on their return from Arakot where a base camp has been set up with communication facilities to monitor rescue operations.

Four bodies each were recovered from Makudi and Arakot while one each was recovered from Tikochil and Sanel, Gunjyal said. However, six people are still missing from the affected villages of the district.

Contact has been established with people in around half a dozen affected villages while efforts are on to reach six more which are likely to have been affected by rain-related incidents like cloudbursts, landslides and inundation by swollen rivers, Gunjyal said.

Water level in the Yamuna river crossed the danger mark this evening. Delhi Chief Minister Arvind Kejriwal had earlier urged people in low-lying areas to move to temporary shelters set up by the administration.

According to a Delhi government official, the river was flowing at 205.36 metres, just above the danger mark of 205.33 metres.

Traffic movement on Old Yamuna Bridge (popularly known as Lohe Ka Pul) was closed by the administration in view of rising river.

The chief minister held a meeting with ministers and top officers to assess the situation and reviewed arrangements.

Kejriwal said there was no need for people to panic but those in low-lying areas needed to shift to temporary shelters. He also urged parents to not allow their children near the river or to go for swimming or bathing in the swelling waters.

Haryana released a record 8.28 lakh cusecs water in the Yamuna on Sunday, he said.

The Yamuna flows through six districts of Delhi whose low-lying areas are prone to flooding. The administration has deployed 30 boats to prevent accidental drowning.

A flood-like situation prevailed in many parts of Punjab and Haryana where the IAF rescued nine people from flooded areas.

Punjab Chief Minister Amarinder Singh on Monday toured the affected Rupnagar district to assess the damage where he spoke to the people impacted by the flooding.

"We are committed to taking swift action and will work on restoring to normalcy at the earliest. Priority is to save lives of people who are affected by flooding," he told reporters at Rupnagar.

He said once the flood waters recede 'special girdwari' (revenue survey) will be ordered to assess the damage caused.

Authorities had ordered closure of schools on Monday in Rupnagar in view of the flooding in many parts of the district.

The meteorological department said no heavy rainfall was reported in most parts of Punjab and Haryana on Monday morning.

In Jammu, an Indian Air Force (IAF) helicopter rescued four fishermen who were stuck in swollen waters of the Tawi river, officials said.

They were stranded on a concrete platform at the bottom of a pillar of an under-construction structure to create a lake at Baghwati Nagar, they said.

The air force was called after state disaster response force and police personnel failed to reach the fishermen, the officials said.