Fire At AIIMS Brought Under Control After Patients Forced To Evacuate

The fire started at around 5 pm from the Microbiology department and thick plumes of smoke billowed from the building, triggering panic among the patients, attendants and staff, and affecting the emergency services. 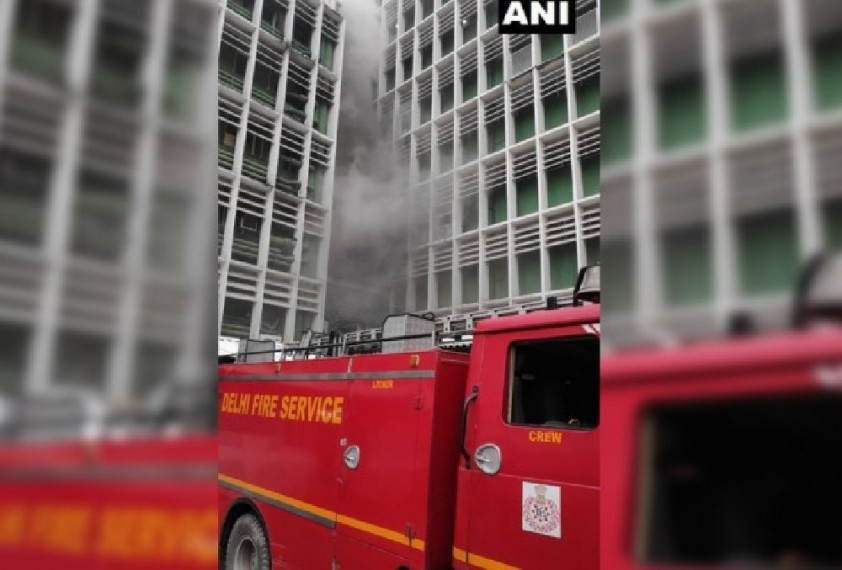 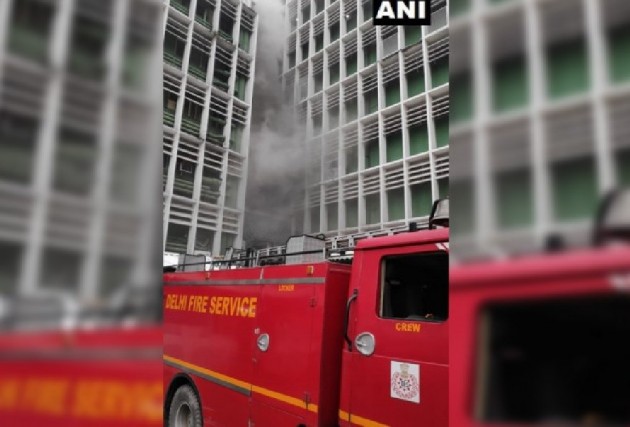 A major fire broke out at the teaching block of the AIIMS here on Saturday, destroying samples and medical reports and forcing evacuation of some patients, though no one was injured, officials said.

The fire started at around 5 pm from the Microbiology department and thick plumes of smoke billowed from the building, triggering panic among the patients, attendants and staff, and affecting the emergency services.

Former Union finance minister Arun Jaitley is admitted at the Intensive Care Unit (ICU) of the cardio-neuro centre of the hospital, which is housed in a different building in the complex. Several prominent leaders have been visiting the hospital for the past few days to enquire about his health.

At least 34 fire tenders were rushed to the spot as the blaze spread to five floors. Fire-fighters were struggling to completely douse it even after five hours, sources said.

Even though the AIIMS Fire Division said the fire at the teaching block of the hospital was put off completely, fire department officials said the process of dousing the blaze was still underway.

Director of the Delhi Fire Services Vipin Kental said around 32 patients were evacuated after the smoke spread to the gastroenterology wing, which was connected to the affected sections through a corridor.

Among those evacuated were some patients on life support, he added.

"Two NDRF teams have reached the hospital. They will perform their duties in case of any structure collapse," a senior official of the force said.

A statement issued by the All India Institute of Medical Sciences (AIIMS) said, "Harsh Vardhan, Minister of Health and Family Welfare, personally monitored the efforts on-site towards extinguishing the fire and also regarding patient care."

It is expected that the patients, who were temporarily transferred from the AB Wing, will be shifted back by Sunday.

Vardhan also discussed with officials the need to conduct a special fire audit at the hospital. The AIIMS regularly carries out this exercise. However, a more comprehensive audit will be conducted, the statement said.

The Microbiology department's virology unit on the second floor of the teaching block was completely gutted, officials said.

"The fire started on the second floor of the building and spread to the third and fourth floors. It flared up to the rear side of the fifth floor and work is underway to bring it under control," Kental said, adding that the exact cause of the fire was yet to be ascertained.

"There was a temporary structure built at the rear side of the building and generators were kept there, due to which our vehicles could not approach that side to douse the fire," he said.

AIIMS sources said the hospital was not taking emergency patients, who were being referred to the nearby Safdarjung Hospital.

In a statement, the media and protocol division of the hospital said, "The Delhi Fire Services, along with the AIIMS Fire Division, has controlled the fire and they are still on the job."

"There has been no loss or damage to life. As a precautionary measure, the patients admitted in the adjoining AB Wing have been shifted out to the other wings of the hospital temporarily," Aarti Vij, the chairperson of the media and protocol division, said.

She said information regarding the patients admitted in the AB Wing could be obtained by calling the control room on 011-26593308.

Sources said the fire spread to the Emergency Lab in the department of Lab Medicine, which was adjacent to the Microbiology department's virology unit, where electricity work was going on for some time and wires were kept.

They said it was suspected that a large number of samples and patient records were destroyed as the virology unit was completely gutted.

Earlier this year, a fire had broken out at the AIIMS trauma centre.

As fire-fighters struggled to douse the blaze, Delhi Chief Minister Arvind Kejriwal tweeted, saying, "I appeal to everyone to maintain calm and allow the Fire Services personnel to do their work."

The fire at the hospital, which caters to hundreds of people everyday, left patients and their relatives in panic and disrupted the emergency services. "AIIMS has put contingency measures in place. Emergency services are being run in a restricted manner and no new patients are being admitted. They are being referred to Safdarjung Hospital. Routine admission has been withheld till Sunday," a hospital source said.

Mohammad Sohail, a city resident, rushed to the hospital after hearing of the fire as his uncle was admitted in the surgery department.

"I was at home when I heard the news about the fire at AIIMS. I was concerned about my uncle's safety. When I reached here, I learnt that the fire had broken out in a non-patient block," he said.

Rajesh Mahato (31), who works as a guard at the teaching block, said he was among the first ones to notice the blaze and that he immediately informed the control room.

"It was Saturday and the department usually closes by 1 pm. When the fire broke out, there were not many students inside the building, due to which everyone was evacuated swiftly and there was no casualty," he said.

The Delhi Police also registered an FIR against unknown people for negligence in the fire incident at the hospital.