Farmers' Protest: Ninth Round Of Talks Between Farm Leaders And Centre Begin

The Supreme Court on January 11 had stayed the implementation of the three laws till further orders and appointed a four-member panel to resolve the impasse. 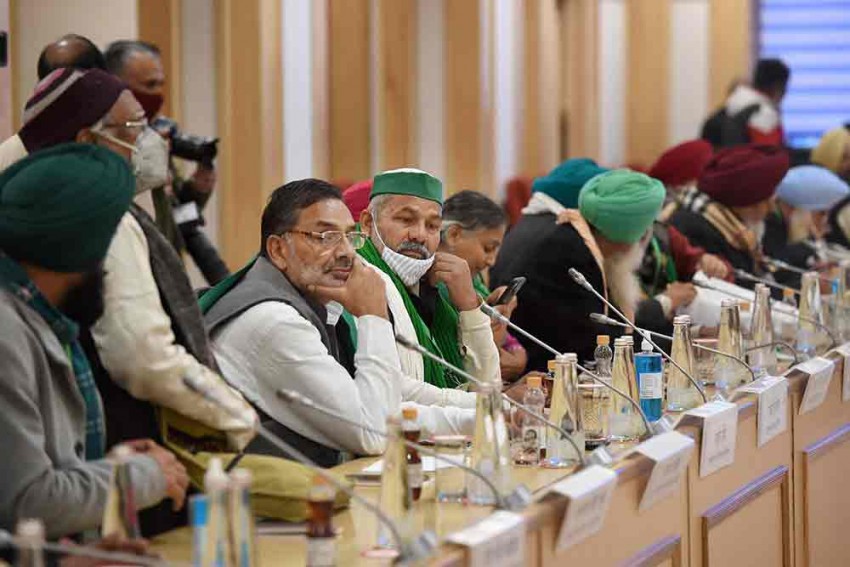 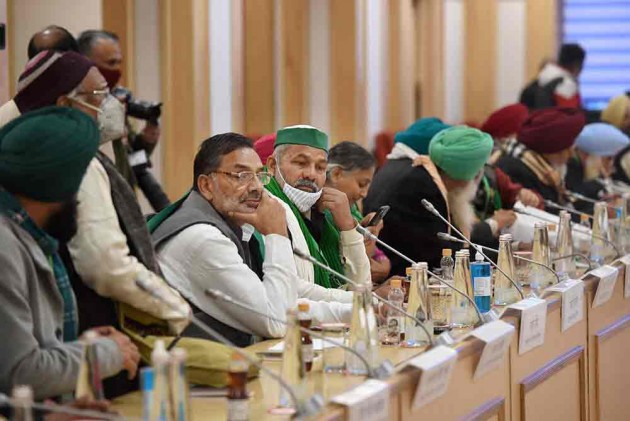 The ninth round of talks to resolve the deadlock over new farm laws got underway on Friday as protesting farmer unions and three central ministers met at Vigyan Bhawan in Delhi.

Union Agriculture Minister Narendra Singh Tomar, Railways, Commerce and Food Minister Piyush Goyal and Minister of State for Commerce Som Parkash, who is an MP from Punjab, are holding the talks with the representatives of around 40 farmer unions at the Vigyan Bhawan.

Thousands of farmers, mainly from Punjab, Haryana and western Uttar Pradesh, are protesting at various border points of Delhi for over a month now against the three laws.

On Thursday, Tomar had said that the government's ninth round of negotiations with protesting farmer unions would take place as scheduled and the Centre was hopeful of positive discussions.

"The government is ready to hold talks with farmer leaders with an open mind," Tomar had told reporters here.

The Supreme Court on January 11 had stayed the implementation of the three laws till further orders and appointed a four-member panel to resolve the impasse.

Bhartiya Kisan Union president Bhupinder Singh Mann on Thursday recused himself from the committee appointed by the apex court.

On January 8, the eighth round of meeting remained inconclusive as the Centre ruled out repealing the three contentious laws claiming nationwide support for the reforms. However, farmer leaders had said that they were ready to fight till death and their 'ghar waapsi' would happen only after 'law waapsi'.

Though talks till now have remained inconclusive, in the sixth round held on December 30 last year some common ground was reached on two demands -- decriminalisation of stubble-burning and continuation of power subsidies.