Home  »  Website  »  National  »  No Solution From Today's Meet: Farmer Leaders Insist On Repeal Of Laws, Govt Only Willing To Amend

No Solution From Today's Meet: Farmer Leaders Insist On Repeal Of Laws, Govt Only Willing To Amend

In the last round of talks, the government had asked protesting farmers to prepare a concrete proposal about their objections and suggestions on the three farm laws. 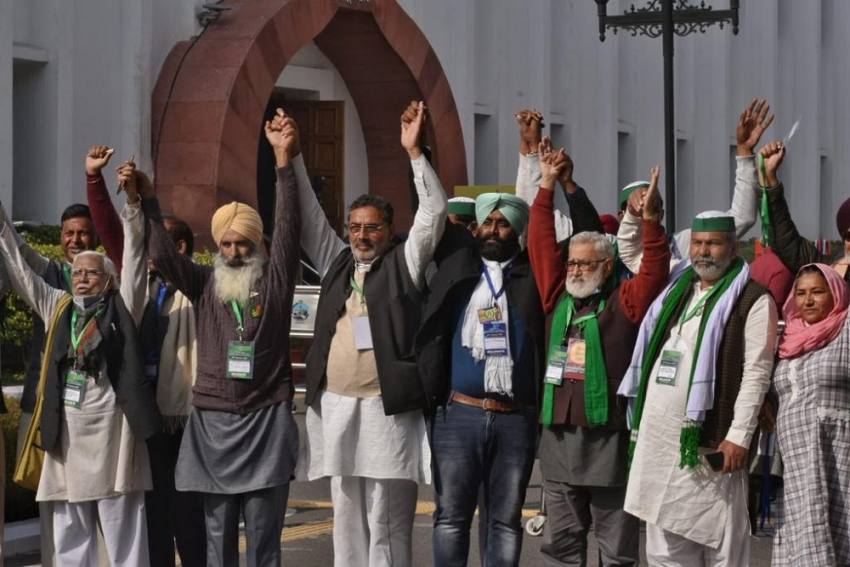 Farmer leaders before going inside the Vigyan Bhawan for the 10th meeting
Mohsin Javed/Outlook
Outlook Web Bureau 2021-01-20T15:14:01+05:30 No Solution From Today's Meet: Farmer Leaders Insist On Repeal Of Laws, Govt Only Willing To Amend 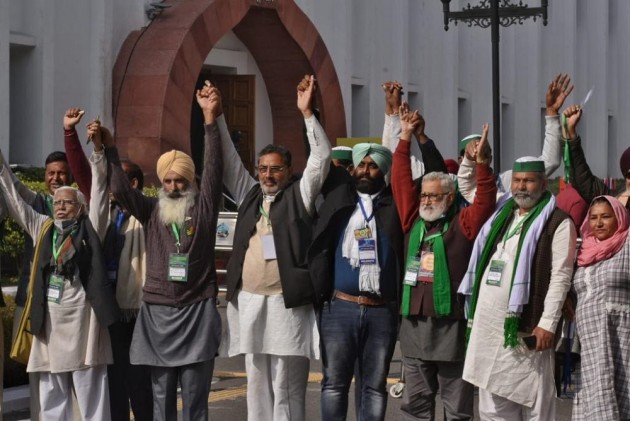 During the 10th round of talks between the centre and farmer leaders, the government indicated a willingness to amend the three new farm laws but protesting farmers refused to budge from their original demand for a complete withdrawal of the laws. The leaders also alleged that the Centre avoided discussion on legally guaranteeing a Minimum Support Price (MSP).

The talks ended with no significant breakthrough as both sides stood firmly over their original demands. An 11th round of talks has been scheduled for a future date.

The issue of probe agencies like NIA summoning farmer leaders was also raised by protesting farmers, alleging it was being done just to harass those supporting the agitation. In response to this, the government officials said that they will further investigate the matter.

As the two sides took a break, where farmer leaders had langar food, Bhartiya Kisan Union (BKU) general secretary Yudhvir Singh told PTI, "The stalemate is continuing over the three laws and I don't think any solution will emerge from today's meeting. Both sides are adamant on their position."

He said the government is insisting on first discussing the three laws and wants to take up the MSP (Minimum Support Price) matter later.

"We will insist on a discussion on MSP after the tea break and also try to seek the next date for meeting before January 26," Singh said.

Another farmer leader Rakesh Tikait said, "The government is not ready to repeal the three laws and farmers are not ready for amendments. The government doesn't want to discuss MSP."

"No solution will emerge from today's meeting. We will meet again on the next date," he said.

Tikait also said the union leaders raised the NIA (National Investigation Agency) issue in the meeting, to which the ministers said they will look into it.

The meeting began at around 2.45 pm with the three ministers greeting farmer leaders on the occasion of Gurupurab.

"The government offered to carry out some amendments, but farmer leaders maintained they do not want anything less than a complete repeal of the laws," Tikait said.

The farmer leaders and central ministers met on Wednesday to hold the tenth round of talks over the new farm laws at Vigyan Bhawan, in hope of resolving the impasse that has lasted for over 40 days.

The talks were initially scheduled for yesterday, January 19, but later got postponed to Wednesday.

Representatives of around 40 farmer unions are meeting Union Agriculture Minister Narendra Singh Tomar, Railways, Commerce and Food Minister Piyush Goyal and Minister of State for Commerce Som Parkash, who is an MP from Punjab, at Vigyan Bhawan in the national capital.

In the last round of talks, the government had asked protesting farmers to prepare a concrete proposal about their objections and suggestions on the three farm laws for further discussion at their next meeting to end the long-running protest. But, unions stuck to their main demand of a complete repeal of the three Acts.

Thousands of farmers, mainly from Punjab, Haryana and western Uttar Pradesh, are protesting at various border points of Delhi for over a month now against the three laws. Farmer groups have alleged these laws will end the mandi and MSP procurement systems and leave the farmers at the mercy of big corporates, even as the government has rejected these apprehensions as misplaced.

On January 11, the Supreme Court had stayed the implementation of the three laws till further orders and appointed a four-member panel to resolve the impasse.

Bhartiya Kisan Union president Bhupinder Singh Mann had recused himself from the committee appointed by the apex court.

Shetkari Sanghatana (Maharashtra) president Anil Ghanwat and agriculture economists Pramod Kumar Joshi and Ashok Gulati are the other three members on the panel.

On Tuesday, the SC panel held its first meeting in the national capital.

Under attack from protesting unions for their "pro-government" public stand on three contentious farm laws, the members of the committee said that they would keep aside their own ideology and views while consulting various stakeholders, even as they indicated a complete repeal won't augur well for much-needed agriculture reforms.

Earlier in the day, a group of farm union leaders met top officials of Delhi, Haryana and Uttar Pradesh police to discuss the route and arrangements for their tractor rally on January 26 to protest against the three farm laws.