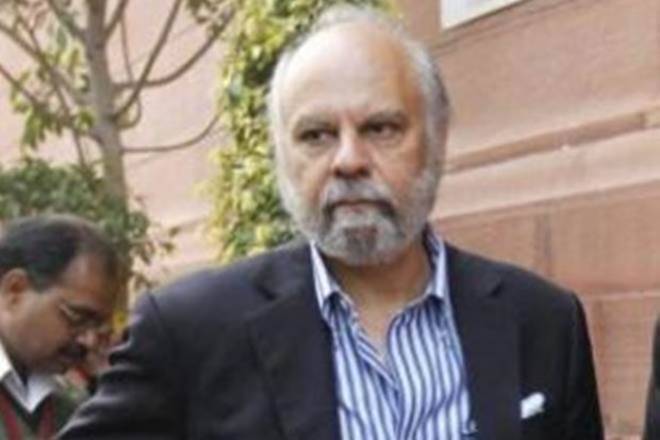 The Union government’s stand on the farm bills has isolated them from people, says Rajya Sabha MP and Shiromani Akali Dal (SAD) leader Naresh Gujral. In an interview with Preetha Nair, Gujral said the BJP is trying to change the narrative by calling the protestors Khalistanis, Naxals or rich farmers. Excerpts:

Q) The Centre has offered to make amendments in the farm laws after Thursday’s meeting with the farmer union leaders. Do you think the government is ready to climb down from its position?

I think it’s too premature to say which way the discussion will go. The Prime Minister is yet to speak on the issue and he didn’t make any statements on this. The ministers are still trying to justify the merits of the bills. When the BJP spokespersons are still trying to justify the bill, what is the way forward? Farmers are adamant about their position and they have taken a tough stand. I am pessimistic about whether the government will cave in or not. I don’t see any immediate results. The farmers are asking the government to repeal the bills and then they will talk. So far, I am seeing a confrontation, I don’t see any reconciliation yet.

It’s out of sheer anguish and pain Badal Ji returned the Padma Vibhushan. He is 93 years old and he has nothing to gain by returning the award. He is the tallest farmer leader after Chaudhary Charan Singh. Badal Ji was a Union minister and was a five-time chief minister of Punjab. He doesn’t need to indulge in any publicity stunt. The problem today is that if anybody does any good deed, the Sangh Parivar starts insulting them.

Q) Minimum Support Price (MSP) seems to be the contentious point though the government is open to reconsidering some of the provisions in the farm bills.

MSP is not the sole contentious point. One has to understand that the farmer has a market at his doorstep, which is the Food Corporation of India (FCI). When there is surplus production of foodgrain, the FCI has been picking up 100 per cent or whatever the farmer offers from states like Punjab and Haryana. Now the farmers are worried that with the private mandis, the FCI will not pick up fully what the farmers offer. The farmer will have no choice but to go to a private mandi, where the buyer is not bound by MSP. So he will have to sell his produce at cheap rates. The farmer feels he cannot take the marketing risk. A small-time farmer doesn’t have the wherewithal to market his produce. The farmer may be semi-literate, but he has common sense. He understands where these bills are leading to.

Q) The Union agriculture minister said that the government will ensure a level-playing field for Agricultural Produce Market Committee (APMC) and private mandis. What is the worry then?

We have two concerns. The most important one is that the government needs to make it clear whether the buyer in the private mandi is bound by MSP or not.  Secondly, is the government giving assurance that the FCI will continue to pick up the farmer produce as it has been happening in the past? They have to give it in writing. Nobody trusts the government anymore.

These are farmers whose children are serving in the armed forces defending our borders. Then certain so-called nationalists call them Khalistanis, Naxals, rich farmers, and whatnot. These farmers were attacked by water cannons and tear gas and were lathi-charged by the Haryana police. What is the message they are sending across? One section of the Sangh Parivar is calling the protestors names, while the other section wants to negotiate with them. They have no business to call them Khalistanis. They are trying to change the goal post all the time. The BJP should ask them to keep quiet.

This name-calling will not succeed anymore. On this issue, there is no Hindu-Sikh divide in Punjab. Everybody is together on this. Not just Hindu, Sikh and farmers, other communities are also extending nationwide support to them. All sections of the society are supporting the farmers except for some paid media. Today, the farmer is not isolated. The government is isolated. The government is on the back foot now.

Q) The PM said that the protestors are being misled by the Opposition parties.

No political party is involved in this struggle. It is a movement led by the farmers and they call the shots. They are accusing the farmers of being foolish. The farmers are not foolish.

Q) Do you think the BJP government didn’t keep its word on addressing the issues raised by the SAD before tabling the bill?

When the ordinance was discussed in the cabinet, our minister Harsimrat Kaur Badal opposed it vehemently. She was assured that apprehensions of the farmers will be heard before the Bill is brought before the Parliament. Then, they suddenly brought in the bill. We were not consulted. We were not in the picture. We felt let down and that’s we left the coalition. What other steps could we take?

Now the government wants to talk. Our party was saying the same thing. We asked the government to send the bill to a select committee and talk to the farmers before enacting a law. They were in a hurry then. They shot themselves in the foot

Q) If the Union government withdraws the Bill, will you consider joining back the NDA?

We have no issue with the BJP as we feel that Hindu-Sikh unity was symbolized by our coalition. But we will never compromise on the interests of Punjab or the farmers. If the government withdraws the Bill, the core committee of our party— the Parliamentary board will deliberate on returning to the NDA. The caveat is that the farming sector and the farmers should be fully protected.