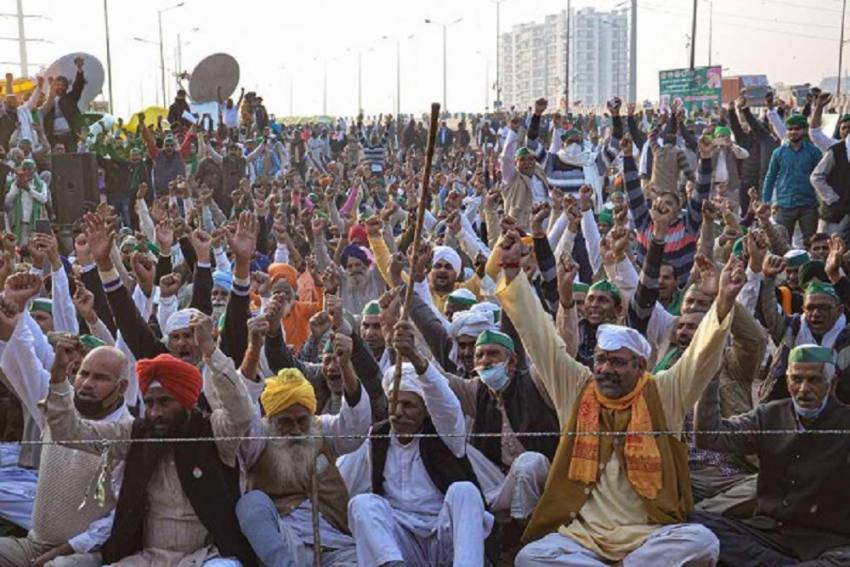 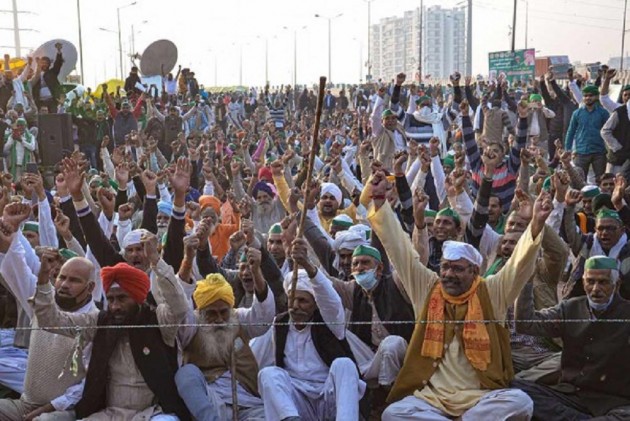 Protesting farmer unions are likely to hold a meeting on Friday and Prime Minister Narendra Modi is set to interact with farmers during a money transfer event as the agitation at Delhi's borders against the new Agri laws is about to complete a month.

The Sanyukt Kisan Morcha, an umbrella body of 40 farmer unions protesting at three border points of Delhi -- Singhu, Tikri and Ghazipur -- is expected to meet later in the day to discuss the Centre's letter and respond to it formally.

On Thursday, the protesting farmer unions alleged that the government's latest letter for talks is nothing but propaganda against the peasants to create an impression that they are not interested in dialogue and asked it to put the scrapping of the three recent farm laws in the agenda to resume the parleys.

The Union Agriculture ministry while extending a fresh invite, however, made it clear that it would not be "logical" to include in the agenda any new demand related to minimum support price (MSP), saying it was out of the purview of the new farm laws.

The ministry also reiterated it is ready to find a "logical solution" to the issues raised by protesting farmer unions.

With the push of a button, Prime Minister Modi will enable the transfer of more than Rs 18,000 crore to over nine crore beneficiary families. The amount will be the next instalment of financial benefits to farmers under the Pradhan Mantri Kisan Samman Nidhi (PM-KISAN).

The protests have led to the closure of roads in Delhi, and diversions have also caused traffic congestions.

In another tweet, the traffic police said Chilla and Ghazipur borders were closed for traffic coming from Noida and Ghaziabad to Delhi.

In an advisory, the Delhi Traffic Police said NH-44 beyond Singhu Border has been closed for general traffic with effect from Saturday, and diversions have been made accordingly to avoid inconvenience to the public.

According to another advisory, vehicular traffic going to Haryana from NH-44 via Palla red light is being diverted from NIIT to Holambi 100-foot-road and DSIDC 80-foot-road to pass through Lampur border and Safiabad border.

Another diversion is from the U-turn near DSIDC and Singhu village cut towards the Singhu school toll tax.

Vehicular traffic coming from Haryana via Safiabad, Saboli, Pau Maniyari borders is being diverted from the Safiabad More, Saboli More, Ramdev Chowk and sector-A/5 Narela via Raja Harish Chander hospital towards NH-44 to go to Delhi.

Vehicles coming from Lampur border is being diverted towards Grain Mandi and then Munim ka Bagh via Harish Chander red light to NH-44.

Enacted in September, the three farm laws have been projected by the Centre as major reforms in the agriculture sector that will remove the middlemen and allow farmers to sell their produce anywhere in the country.

However, the protesting farmers have expressed the apprehension that the new laws would pave the way for eliminating the safety cushion of the MSP and do away with the "mandi" (wholesale market) system, leaving them at the mercy of big corporates.