Home  »  Website  »  National  »  'Everything Was Over In Seconds': Survivor Of Aurangabad Train Tragedy Recalls Horrible Night

'Everything Was Over In Seconds': Survivor Of Aurangabad Train Tragedy Recalls Horrible Night

Shivmaan Singh and 19 others were working in a steel manufacturing in Jalna, a district adjoining Aurangabad, and were walking home in Madhya Pradesh amid the coronavirus-enforced lockdown. 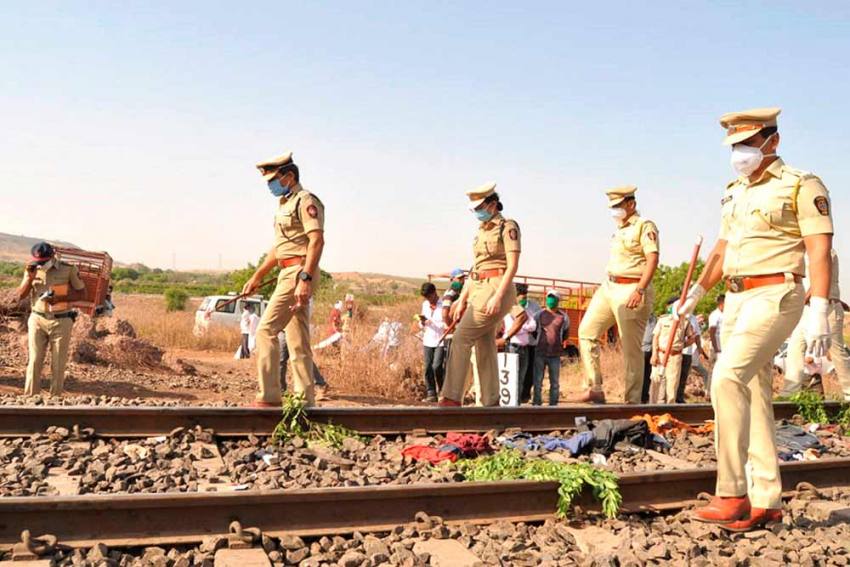 Police personnel inspect the spot after a goods train ran over a group of migrant workers while they were sleeping on the tracks, in Aurangabad district. 16 migrants were killed in the tragedy.
PTI Photo
PTI 2020-05-09T13:20:34+05:30 'Everything Was Over In Seconds': Survivor Of Aurangabad Train Tragedy Recalls Horrible Night 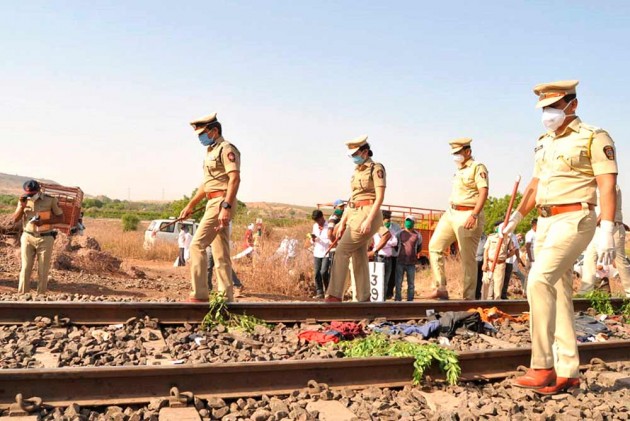 One of the survivors of the tragedy in which 16 migrant workers were crushed to death by a goods train in Aurangabad district of Maharashtra on Friday, says he cannot come to terms with what happened after he saw his companions dying in front of him.

Shivmaan Singh, who is now travelling back to his native place in Madhya Pradesh in a train along with the bodies of his 16 companions, said that he has not been to sleep after the accident as the disturbing images of the tragedy kept coming to his mind.

"After the tragedy stuck on Friday morning, so many things happened. Although I was exhausted and tired, I could hardly sleep at night as the gory images of the accident kept coming to my mind. I am not able to forget the tragedy that unfolded before me," Singh said.

"After the news of the train accident broke, my family members tried calling me repeatedly. But my phone was off as its battery was discharged," he said.

"After the accident, we were busy in helping the officials in identifying the victims and replying to their queries," Singh added.

Singh and 19 others were working in a steel manufacturing in Jalna, a district adjoining Aurangabad, and were walking home in Madhya Pradesh amid the coronavirus-enforced lockdown. They decided to rest on the tracks near Karmad, around 30 km from Aurangabad, after walking for about 36 kms. However, they were run over by the goods train coming
from Jalna at 5.15 am. While 16 of them died, four others survived.

Recalling the incident, Singh said, "I was walking a little slower than others due to the pain in my legs. When we reached the place of incident, we slept as we were very tired. I was sleeping a little distance away. But when I heard a sound of a fast-approaching train, I woke up. I tried to raise an alarm. However, everything was over in a matter of seconds."

Another survivor, Veerendra Singh, said, "We had applied for travel passes a week ago in our home state, but didn't get any response. My wife and children are at my native village. We had decided to set off on our journey till Bhusawal on foot."